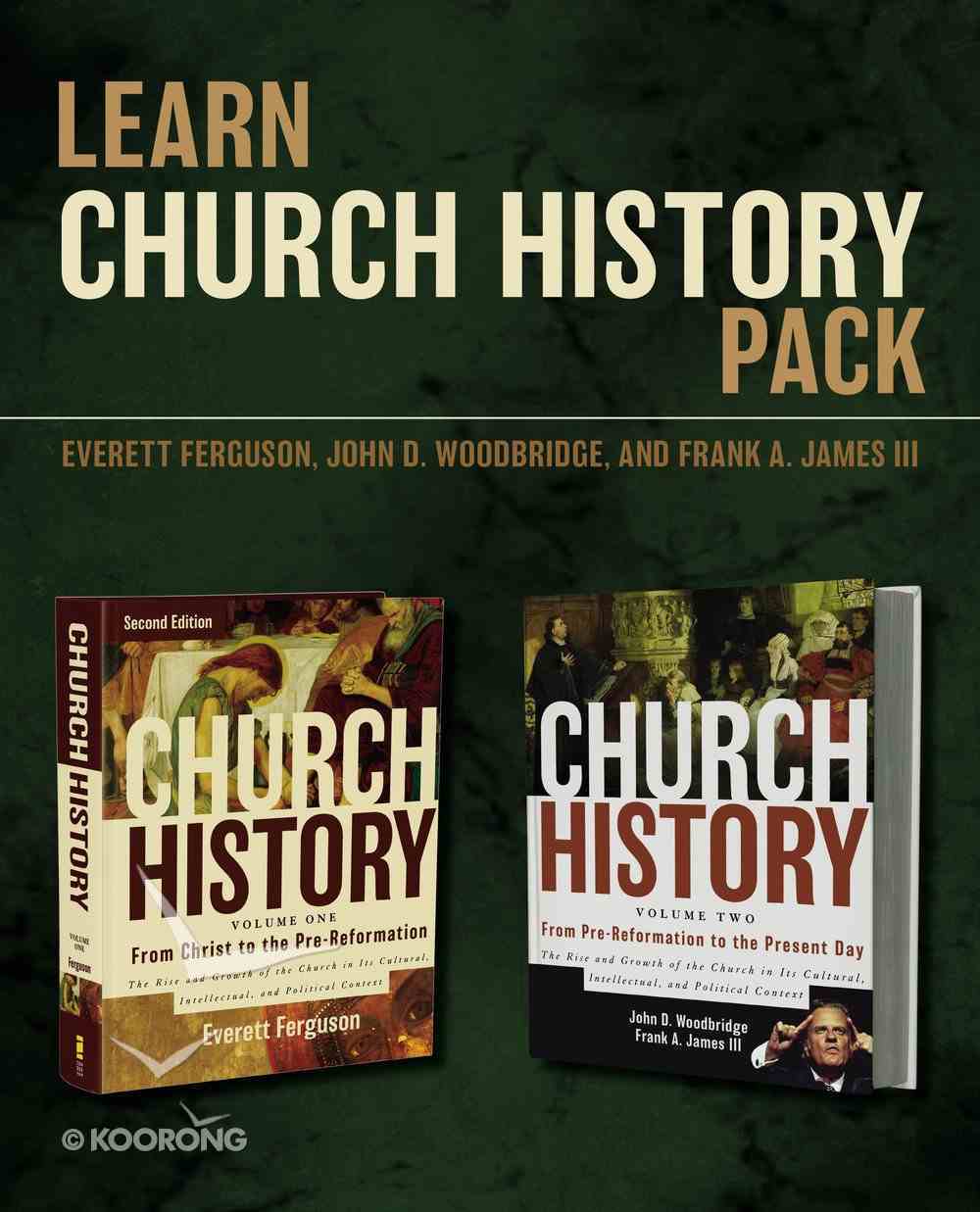 Rule of Faith, the - a Guide (#20 in Cascade Companions Series)
Everett Ferguson
eBook

Marks of a Movement: What the Church Today Can Learn From the Wesleyan Revival
Winfield Bevins
Paperback

Want to know more about the history of the Christian church?


Volume One explores the development of the church from the days of Jesus to the years prior to the Reformation. Filled with maps, charts, and illustrations, it offers overviews of the Roman, Greek, and Jewish worlds; insights into the church's relationship to the Roman Empire, with glimpses into pagan attitudes toward Christians; the place of art and architecture, literature and philosophy, both sacred and secular; and much more, spanning the time from the first through the thirteenth centuries.


Volume Two shows how the church developed from the just prior to the Reformation and through the next five-hundred-plus years into the present-day. Filled with maps, charts, and illustrations, it gives primary attention to the history of Christianity in the West (western Europe and North America), but given the global and ecumenical environment of the twenty-first century, it also covers Africa, Eastern Europe, Asia, and Latin America.


The Learn Church History Pack offers readers the opportunity to learn about the history and development of the Christian church from the time of Christ up until the present day. It is a valuable resource for students, pastors, ministry leaders, and interested lay people who want to better understand that last 2,000 years of church history.

Everett Ferguson (PhD., Harvard University) is professor emeritus of Bible and distinguished scholar-in-residence at Abilene Christian University in Abilene, Texas, where he taught church history and Greek. He is the author of numerous works, including Backgrounds of Early Christianity, Early Christians Speak, and Inheriting Wisdom: Readings for Today from Ancient Christian Writers. He was also general editor of the two-volume Encyclopedia of Early Christianity and most recently published Baptism in the Early Church: History, Theology, and Liturgy in the First Five Centuries.
Koorong - Editorial Review.

John Woodbridge (Ph.D, University of Toulouse, France) is research professor of Church History and History of Christian Thought at Trinity Evangelical Divinity School in Deerfield, Illinois, where he has taught since 1970. He was previously a senior editor of Christianity Today and is the author of Biblical Authority: A Critique of the Rogers/McKim Proposal; and coauthor of Letters Along the Way; A God-Sized Vision: Revival Stories that Stretch and Stir and most recently Hitler in the Crosshairs: A GI's Story of Courage and Faith with Maurice Possley. He is also the editor of Great Leaders of the Christian Church and coeditor of works including The Mark of Jesus. Woodbridge is the recipient of four Gold Medallion Awards.