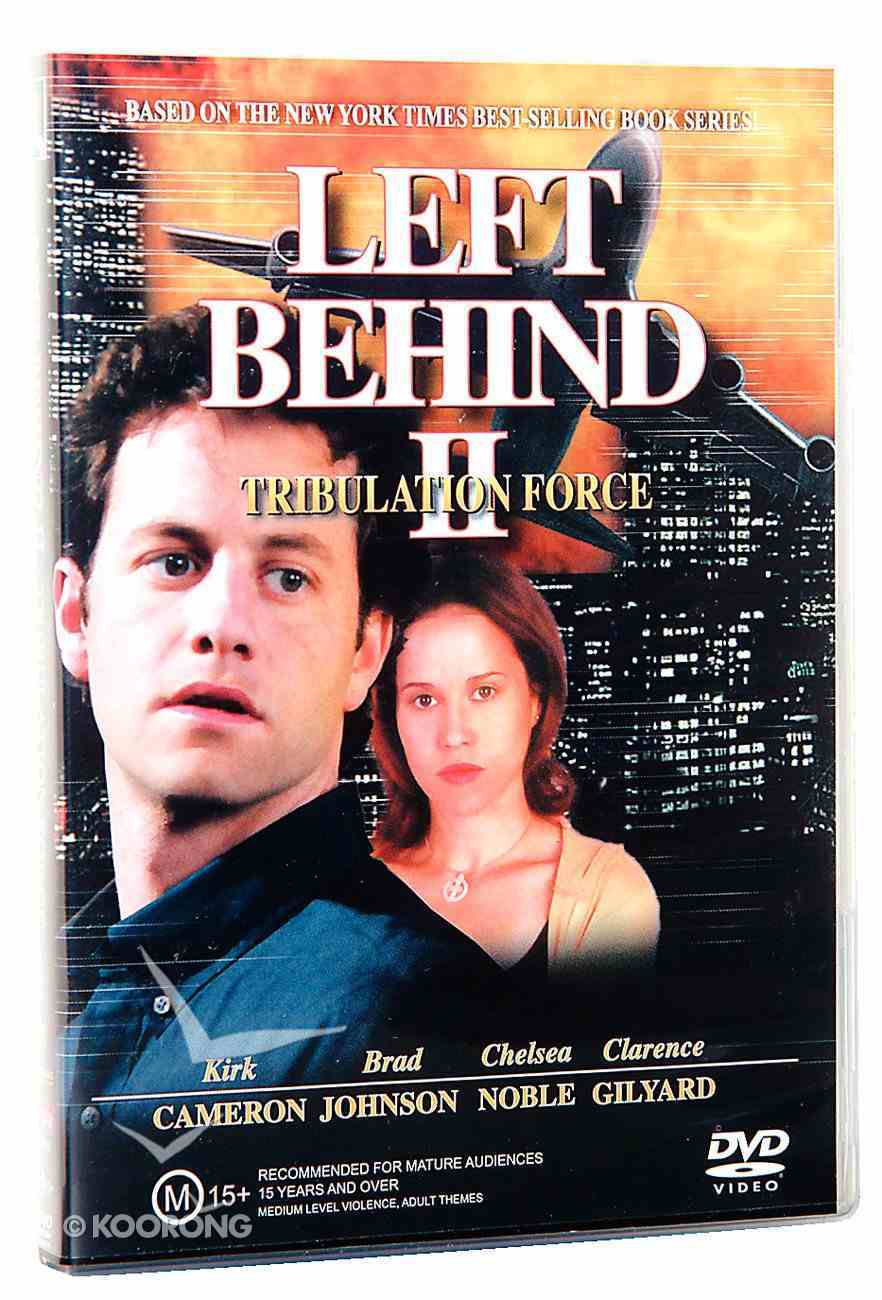 Stars Kirk Cameron as Buck Williams The SECOND movie in the Left Behind series. . . the best selling novel now continues on film. It's a week after the rapture and the millions of people who disappeared in to thin...

The Book of Daniel
DVD

The SECOND movie in the Left Behind series. . . the best selling novel now continues on film. It's a week after the rapture and the millions of people who disappeared in to thin air are still missing. Chaos rules the world. A desperate world looks to the leadership and guidance of UN President Nicolae Carpathia, the only person offering any answers, hope, and plans to restore peace and order. While Carpathia has the world's adoration and trust, he is seemingly unaware of four rebels spreading the truth that he is in fact the prophesied Antichrist of the Bible. LEFT BEHIND presents the Gospel of Jesus Christ in a very entertaining, powerful way.- Publisher.

Based on the book series phenomenon, LEFT BEHIND.??A week after millions of people vanish into thin air, a desperate world turns to United Nations President Nicolae Carpathia (Gordon Currie). Basking in the new found adoration and trust of the people, Carpathia seems to have the entire planet at his command. But thousands of miles away, a small group, aware of Carpathia's true and sinister identity, is trying desperately to share their knowledge with anyone who will listen.??Calling themselves the Tribulation Force, world-renowned television journalist Buck Williams (Kirk Cameron), Pastor Bruce Barnes (Clarence Gilyard), airline pilot Rayford Steele (Brad Johnson) and his 20-year-old daughter, Chloe (Janaya Stephens), embark on a dangerous mission to open the eyes of the world to the truth.??Based on the New York Times best selling novel, this sequel to the multi-million video release, Left Behind: The Movie, will have you jumping out of your seat and shouting at the movie screen, as you feel compelled to join in to help the Tribulation Force.

Peter Lalonde is the most successful pioneer in the new genre of the prophetic supernatural thrillers. Along with his brother Paul Lalonde, he is the co-CEO of Cloud Pictures. Not only did Peter discover the unique and massive niche market for end-times films but he captured the attention of Hollywood and the business community with his avant-garde approach to the marketing and promotion of his movies. One of his most notable strategies was a reverse tactic by which Cloud Ten released the mega-hit _Left Behind (2000) (V)_ on video and then three months later released the movie theatrically in 900 theaters across North America. The film, featuring Growing Pains star 'Kirk Cameron', sold over 3 million copies, becoming the number one selling video in America in November of 2000. It then went on to be the top grossing independent theatrical release in its opening weekend. In the end, it won the Video Software Dealers Association's (VSDA) "Best Selling Title of the Year from an Independent Studio" and "Sell-through Title of the Year by an Independent Studio."Cloud Ten's films have been stiff competition for major movie studio releases on video, with Left Behind beating out "Toy Story 2", "The Green Mile" and "Erin Brockovich". Judgment (2001) flew to #7 on the "Billboard" sales charts right behind the Oscar-winning film "Gladiator". _Left Behind II: Tribulation Force (2002)_ hit #1 on "Amazon.com", temporarily besting Spider-Man, which released the same week, and placing #2 in America for the week. Peter's business savvy has brought the company nominations for the prestigious "Ernst & Young Entrepreneur of the Year Award", "Canada's 50 Best Managed Companies" and "Canada's Outstanding CEO of the Year TM Awards".

My Name is Paul
DVD