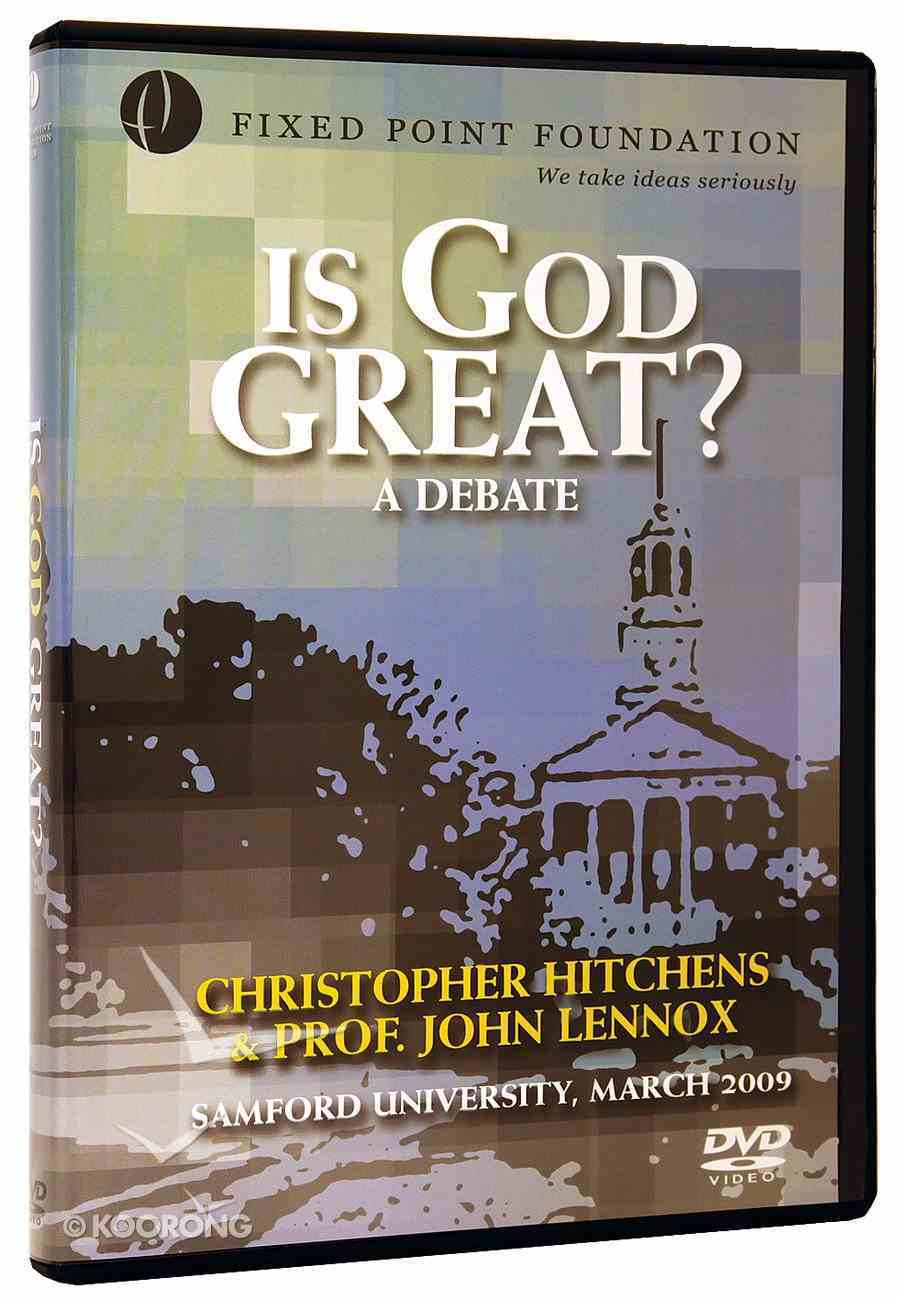 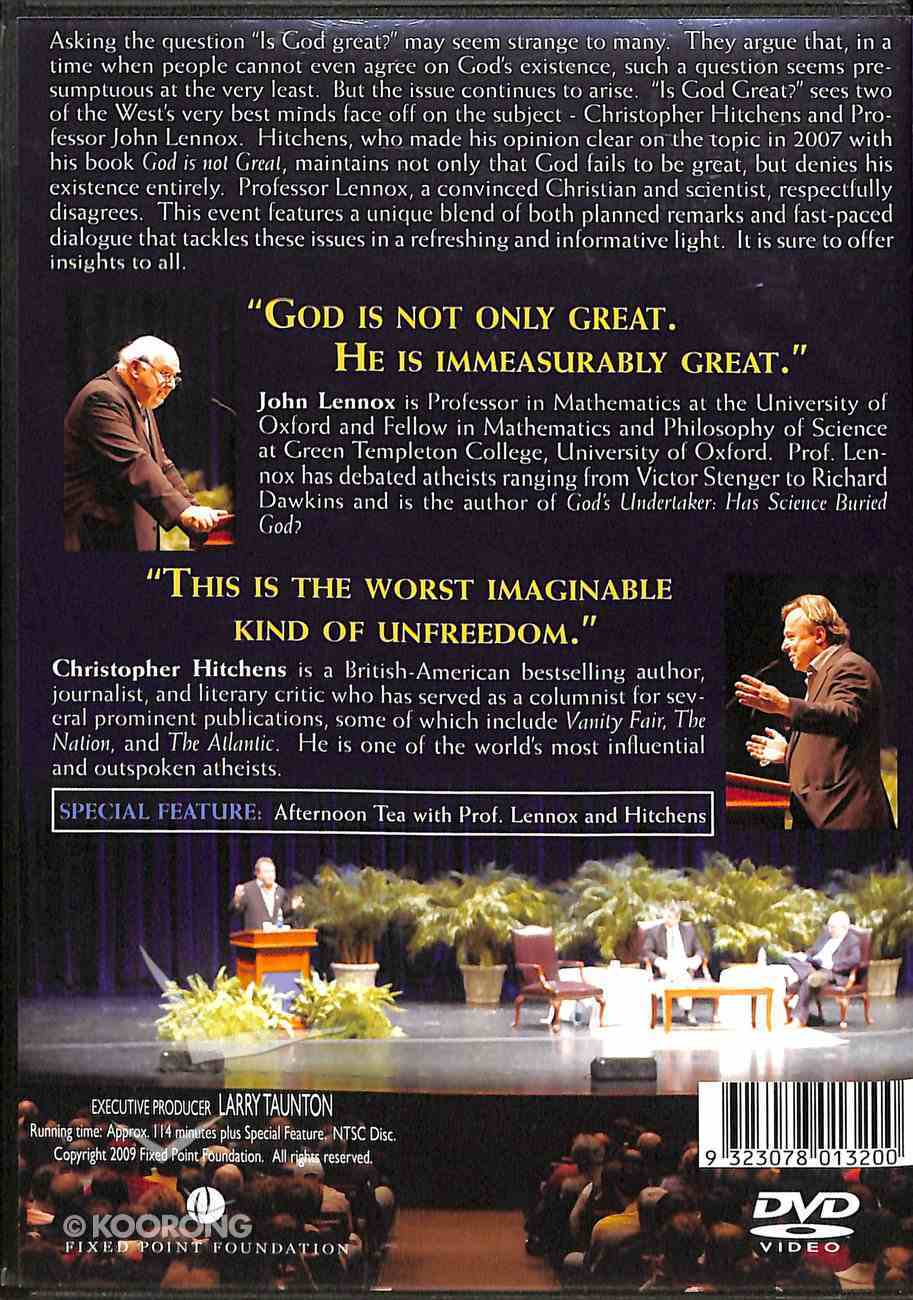 Asking the question 'Is God great?' may seem strange to many. They argue that, in a time when people cannot even agree on God's existence, such a question seems presumptuous at the very least. But the issue continues to arise....

Out of Print. Limited Availability
Expected to ship within 5 hours from Australia.
Learn More
Free Shipping
for orders over $99.

Seven Days That Divide the World: The Beginning According to Genesis and Science
John Lennox
eBook

Finding Ultimate Reality: In Search of the Best Answers to the Biggest Questions (#02 in The Quest For Reality And Significance Series)
John Lennox, David Gooding
Paperback

Asking the question 'Is God great?' may seem strange to many. They argue that, in a time when people cannot even agree on God's existence, such a question seems presumptuous at the very least. But the issue continues to arise. 'Is God Great?' sees two of the West's very best minds face off on the subject - Christopher Hitchens and Professor John Lennox. Hitchens, who made his opinion clear on the topic in 2007 with his book God is not Great, maintains not only that God fails to be great, but denies his existence entirely. Professor Lennox, a convinced Christian and scientist, respectfully disagrees. This event features a unique blend of both planned remarks and fast-paced dialogue that tackles these issues in a refreshing and informative light. It is sure to offer insights. Download a free study guide at http://www.fixed-point.org/index.php/dvds from the FREE STUDY guide box on the left.

Angels #03: The Denizens of the Metacosm
Chuck Missler
DVD