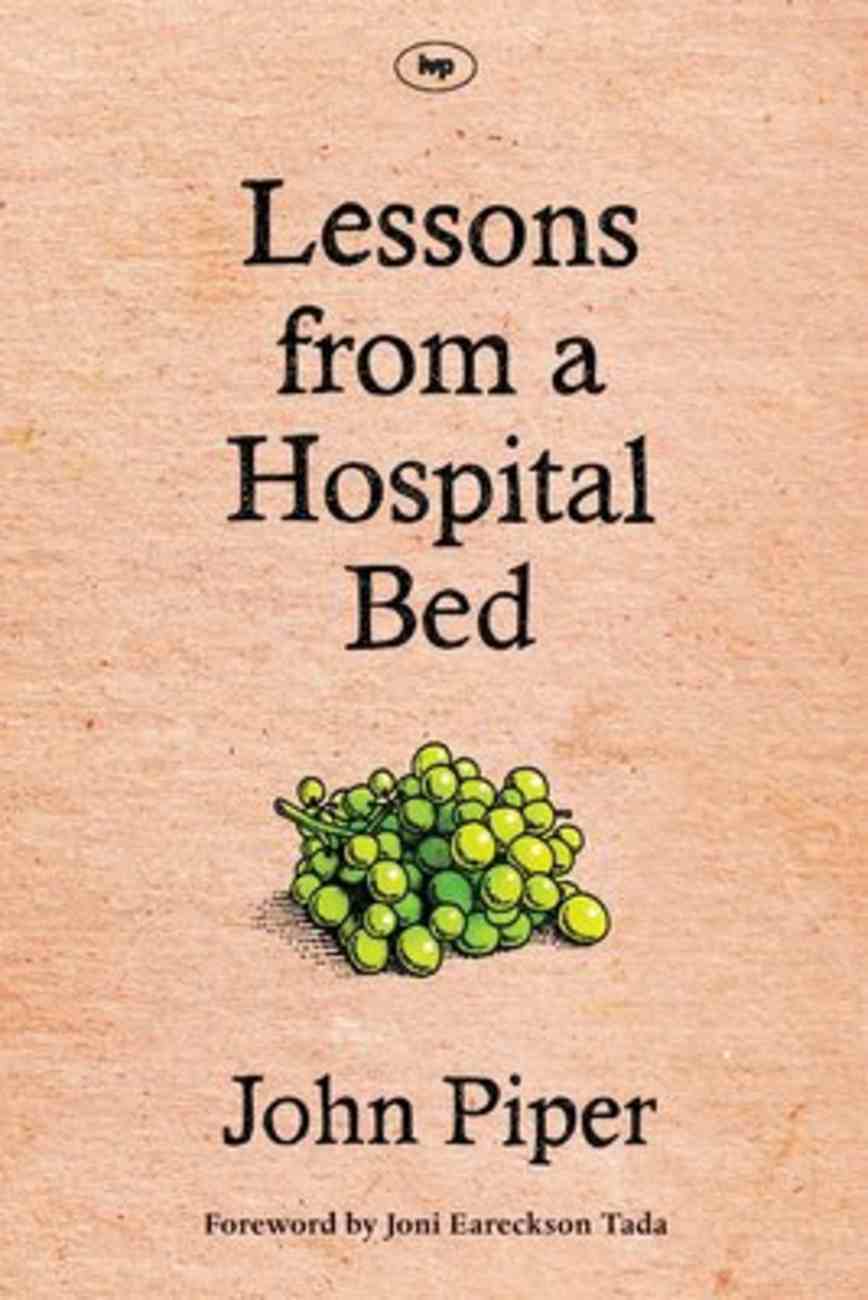 Lessons From a Hospital Bed

John Piper shares ten beliefs he brought with him to hospital, and ten lessons from his hospital bed.With deep pastoral insight, practical wisdom and sensitivity, he encourages others in hospital to look beyond their circumstances. This can be a deeply...

From Grief to Glory: A Book of Comfort For Grieving Parents
James W Iii Bruce
Paperback

What Could I Say?
Peter Hicks
Paperback

Grieving: Your Path Back to Peace
James R White
Paperback

When You Lose Someone You Love
Richard Exley
Paperback

John Piper shares ten beliefs he brought with him to hospital, and ten lessons from his hospital bed.With deep pastoral insight, practical wisdom and sensitivity, he encourages others in hospital to look beyond their circumstances. This can be a deeply meaningful time in which to draw from God's wisdom, trust him and rest in his love.
-Publisher

Joni Eareckson Tada has known the grace of God for 30 years after being after being paralysed from the neck down in a diving accident. Joni is president of JAF Ministries, an organization that accelerates Christian ministry among people with disabilities. She is also host of 'Joni and Friends', a daily radio program in the USA operating out of the International Disability Centre and a sought after conference speaker.
She is the author of more than 30 books, including the bestsellers Diamonds in the Dust, Heaven, and More Precious Than Silver.

The Louder Song: Listening For Hope in the Midst of Lament
Aubrey Sampson
Paperback

I'll Hold You in Heaven: Healing and Hope For a Parent Who Has Lost a Young Child
Jack Hayford
Mass Market

For All Who Grieve: Navigating the Valley of Sorrow and Loss
Colin S Smith
Hardback