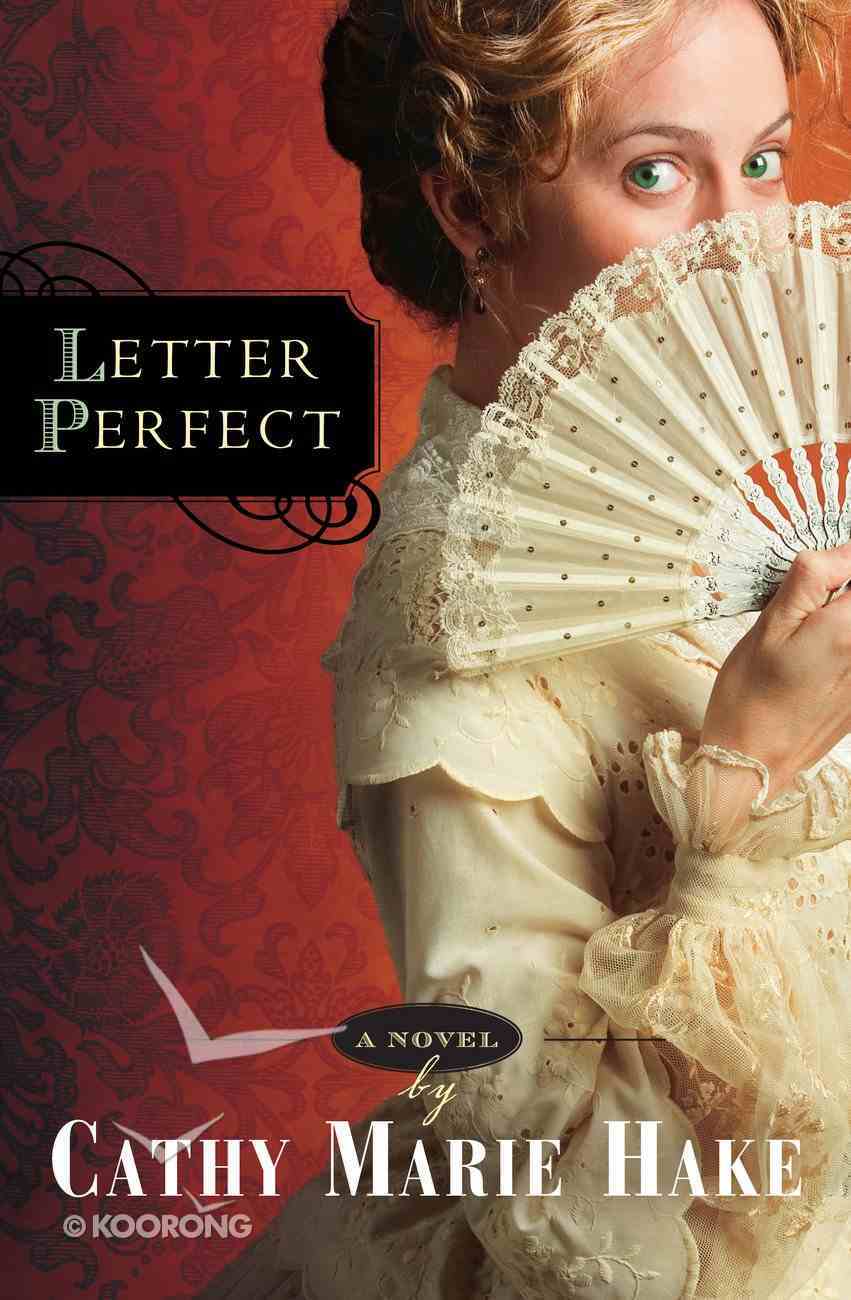 If her own two feet don't end up tripping her, Ruth Caldwell's mouth is likely to get her into equal trouble. But Ruth has the best of intentions. Truly. It's just that her attempts to live up to her mother's...

If her own two feet don't end up tripping her, Ruth Caldwell's mouth is likely to get her into equal trouble. But Ruth has the best of intentions. Truly. It's just that her attempts to live up to her mother's expectations of how a lady should act have often yielded...well, less than impressive results.

Josh McCain is speechless when he sees Ruth step off the stage in Folsom, California. Sure, it looks like she's been sleeping in her gown for the past week, but with a crown of riotous curls and those deep green eyes, she's certainly the most beautiful woman he's ever met.

But Josh soon finds the sparks that fly upon Ruth's arrival aren't the romantic type. With her legitimate claims to an inheritance, the Broken P Ranch's future is suddenly precarious. And when Ruth's "accidents"--going beyond even her normal bumbling ways--seem to take a sinister turn, Josh must decide where his loyalties lie.CATHY MARIE HAKE is an award-winning author and has written or co-written more than twenty novels. She also works as a nurse and specializes in teaching Lamaze, breastfeeding, and baby care. She makes her home in Anaheim, California, with her husband, daughter, and son.

Ruth Caldwell has always tried to live up to her mother's expectations of what a lady should be...often with less-than-impressive results. But when she's forced to journey west to meet the father she's never seen, Ruth hopes that this might be the place she'll finally fit in.

But her arrival brings about more mayhem than even Ruth is used to. She soon meets Josh McCain, the son of her father's business partner, but discovers some startling news: Her father passed away years ago. And though Josh urges Ruth to claim her inheritance, he grows suspicious of something more sinister at hand when her "accidents" seem to go beyond Ruth's normal bumbling ways and leave her very life in danger.
-Publisher

Cathy Marie Hake is a registered nurse who worked for many years in an oncology unit before shifting her focus to perinatal care. The author of over twenty novels including Serendipity;That Certain Spark; Whirlwind; and Forevermore, she lives with her husband and two children in Anaheim, California. Visit Cathy's Web site at www.cathymariehake.com.