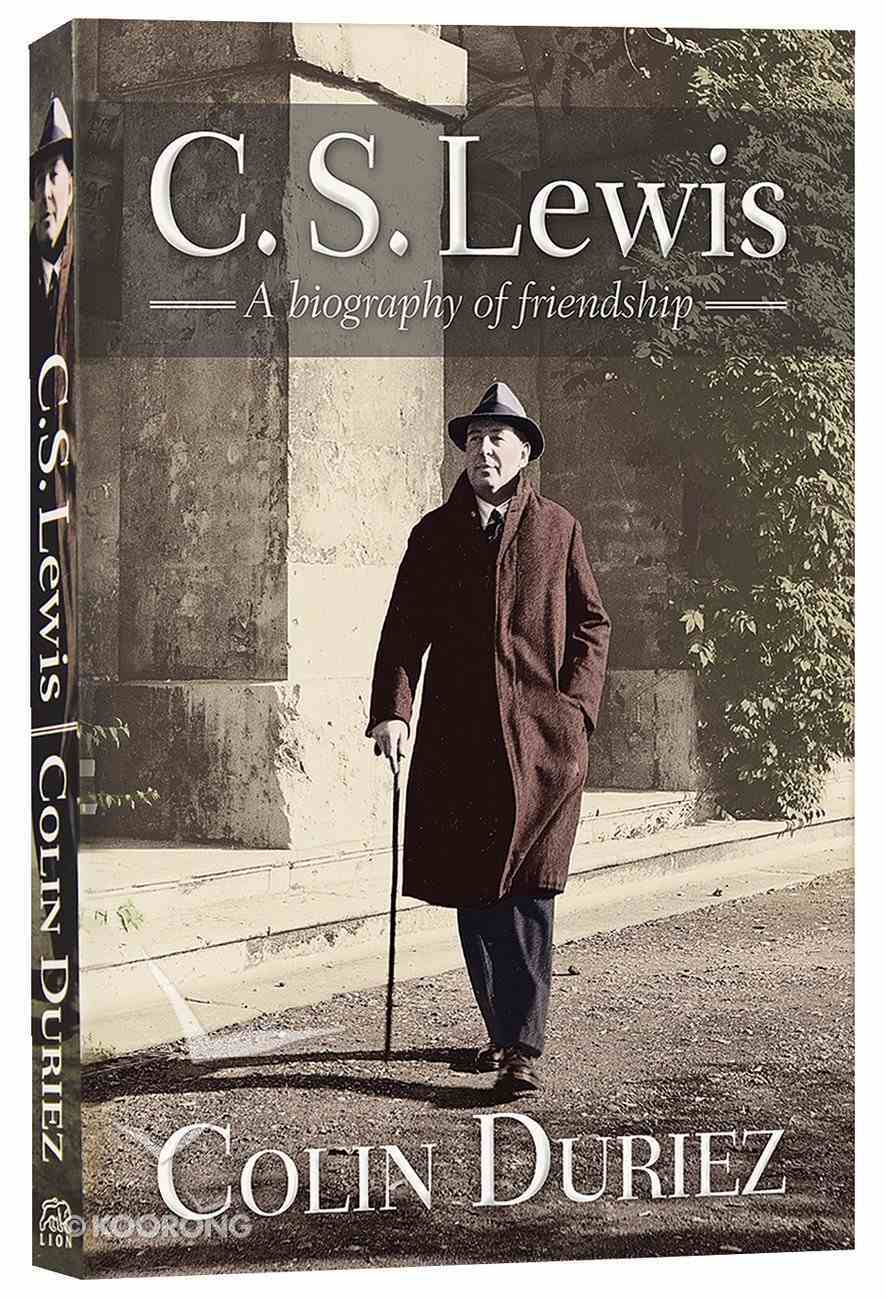 Lewis: A Biography of Friendship

You can learn a great deal about people from their friendships, and this is particularly the case with C S Lewis. In this unique biography, Colin Duriez explores Lewis' life through the lens of his key relationships - with his...

You can learn a great deal about people from their friendships, and this is particularly the case with C S Lewis. In this unique biography, Colin Duriez explores Lewis' life through the lens of his key relationships - with his brother Warnie, Janie Moore, J R R Tolkien, and the Inklings, Joy Gresham, and more.

An Oxford student of C.S. Lewis?s said he found his new tutor interesting, and was told by J.R.R. Tolkien: ?Interesting? Yes, he?s certainly that. You?ll never get to the bottom of him.? You can learn a great deal about people by their friends and nowhere is this more true than in the case of C.S. Lewis, the remarkable academic, author, populariser of faith ? and creator of Narnia. He lost his mother early in life, and became estranged from his father, much to his regret. Throughout his life, key relationships mattered deeply to him, from his early days in the north of Ireland and his schooldays in England, as still a teenager in the trenches of World War One, and then later in Oxford. The friendships he cultivated throughout his life proved to be vital, influencing his thoughts, his beliefs and his writings. What did Arthur Greeves, a life-long friend from his adolescence, bring to him? How did J.R.R. Tolkien, and the other members of the now famous Inklings, shape him? Why, in his early twenties, did he move in with a single mother twice his age, Janie Moore, and live with her for so many years until her death? And why did he choose to marry so late? What of the relationship with his alcoholic and gifted brother, who eventually joined his unusual household? In this sparkling new biography, which draws on material not previously published, Colin Duriez brings C.S. Lewis and his friendships to life.
-Publisher

Colin Duriez is a well-known authority on C.S. Lewis, and the author of The C.S. Lewis Encyclopedia, A Field Guide to Narnia, Tolkien and C.S. Lewis and He frequently lectures on both radio and television about the author's life and works. His most recent works are Francis Schaeffer: An Authentic Life and Field Guide To Harry Potter.