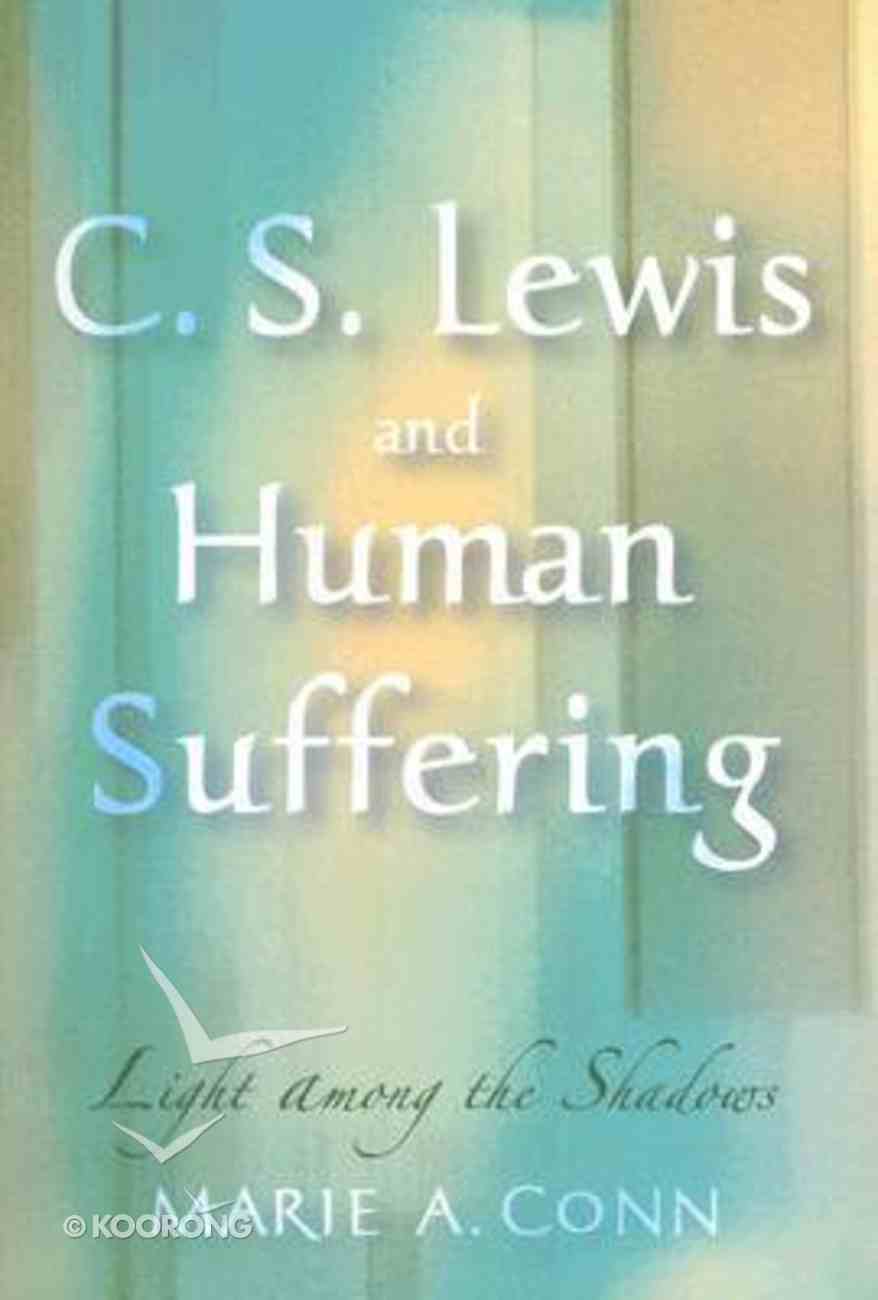 For Christians who believe in the limitless goodness of God, the reality of human suffering remains a troubling mystery. C.S. Lewis wrote with unflinching honesty about his own overwhelming sorrow at the death of his wife Joy Davidson in A...

For Christians who believe in the limitless goodness of God, the reality of human suffering remains a troubling mystery. C.S. Lewis wrote with unflinching honesty about his own overwhelming sorrow at the death of his wife Joy Davidson in A Grief Observed. But few realize that this powerful work represents only the final stage of the development of Lewis? perspective on suffering. In C.S. Lewis and Human Suffering: Light Among the Shadows, Marie Conn traces the evolution of Lewis? thought and demonstrates how this Oxford don can help us more deeply understand the place of grief in our lives.As a young atheist who witnessed the horror of trench warfare, Lewis simply accepted suffering as a grim fact of life. After his midlife conversion to Christianity he confidently declared in The Problem of Pain that suffering was the ?chisel? by which God perfected us. But his wife?s death from cancer compelled him to admit to his own despair and doubt as he tried to reconcile his loss with his faith. By placing Lewis? ideas about suffering within the context of his life, Marie Conn provides a refreshing view of a popular and influential theologian who, like all human beings, was no stranger to personal tragedy. This book inspires the grieving heart to go through its seasons, without platitudes or easy answers, but with courage, honesty, and faith.
-Publisher

C. S. Lewis and Human Suffering seeks to understand the "why" of human suffering through an evolution of Lewis's thought in three broad movements. In his young adulthood, Lewis considered himself an atheist. As he himself notes in the "Introduction" to The Problem of Pain, pain is not a problem (in the theological or philosophical sense) for the atheist, but only for one who is going to insist on the existence of God. The second movement flows out of Lewis's midlife conversion experience, his return to "joy." His Christian commitment became so complete that he declared without hesitation that pain was "God's megaphone" to rouse us out of complacency, or God's "chisel" to perfect our form. Then Joy Davidman entered and, all too soon, left his life. Lewis was shattered. The journey described in the little journal A Grief Observed is the third movement and the culmination of this evolution of understanding. Book jacket.
-Publisher

MARIE A. CONN is Associate Professor of Religious Studies at Chestnut Hill College in Philadelphia.