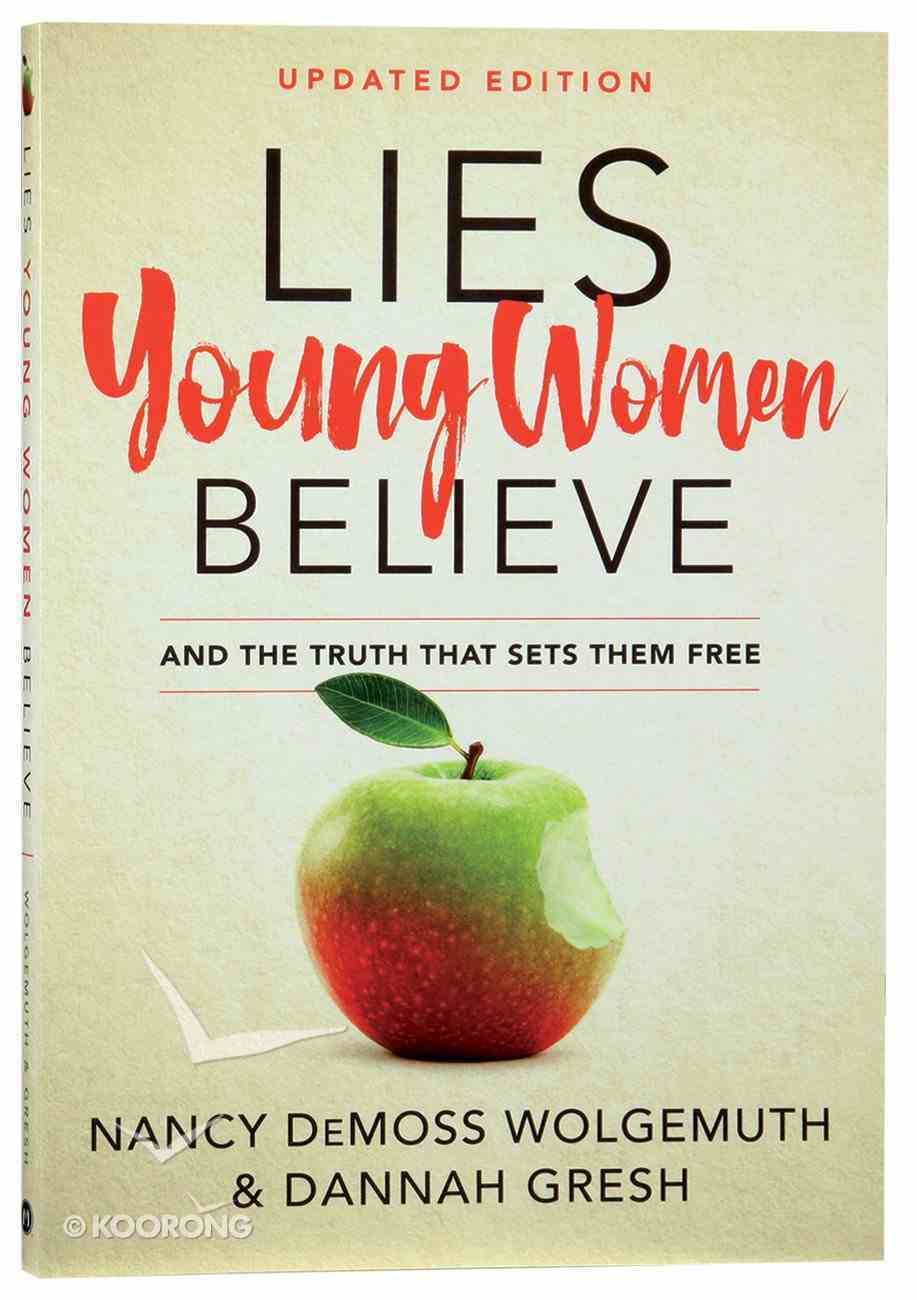 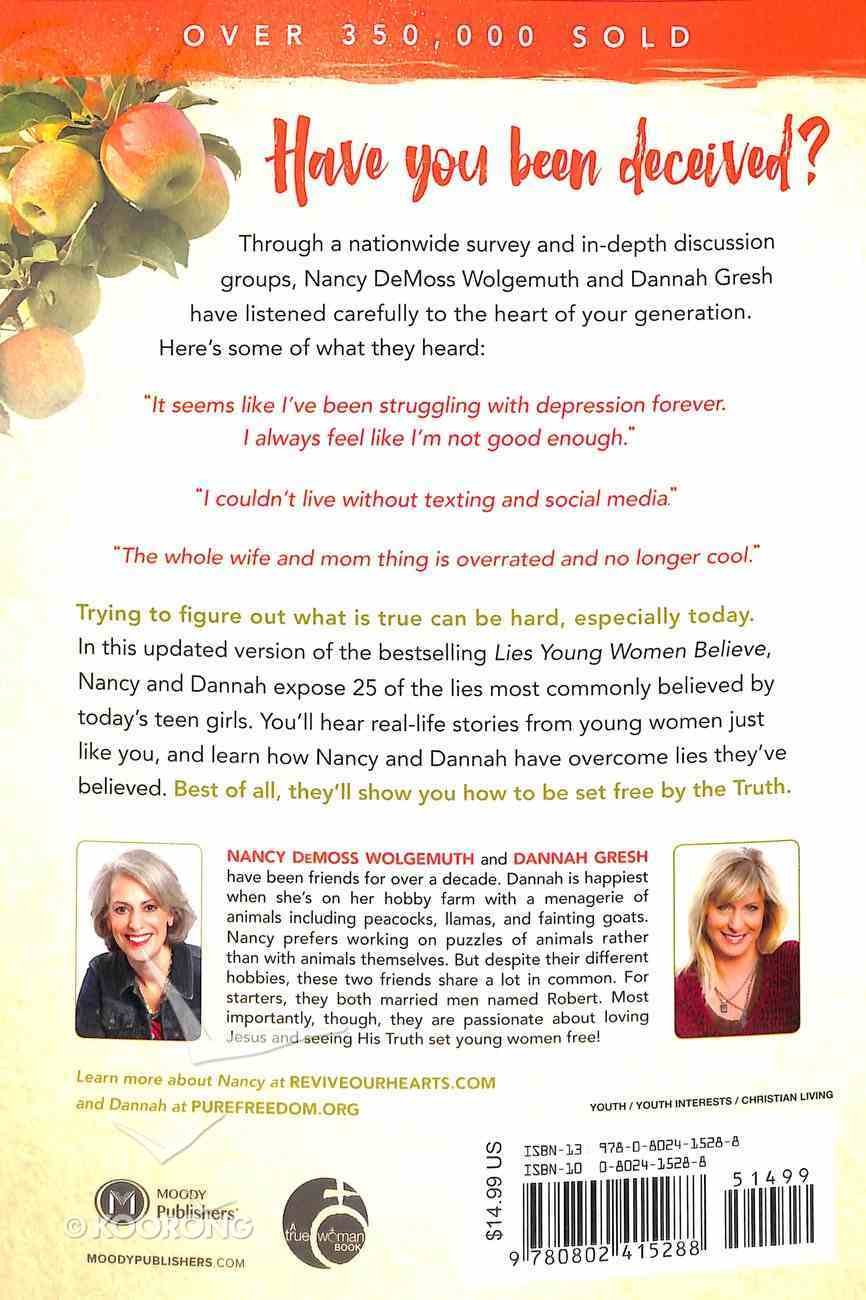 Lies Young Women Believe: And the Truth That Sets Them Free

This book exposes 25 of the lies most commonly believed by teenage girls, concerning self-image, relationships, sex, making choices, and more. Using real life blogs and stories, Nancy and Dannah offer girls great advice on how to be an authentic...

Treasuring Christ When Your Hands Are Full
Gloria Furman
Paperback

This book exposes 25 of the lies most commonly believed by teenage girls, concerning self-image, relationships, sex, making choices, and more. Using real life blogs and stories, Nancy and Dannah offer girls great advice on how to be an authentic Christian.

You have been lied to! Have you been deceived? Through a nationwide survey and in-depth discussion groups, Nancy and Dannah have listened carefully to the heart of your generation. And here are some things they've heard:

"I know God should be the only thing that satisfies, but if it could be Him and my friends, then I could be happy."


"It seems like I have been struggling with depression forever. I always feel like I am not good enough."


"I tell myself that I don't really listen to the song lyrics, but once I hear a song a few times and start thinking about what they're saying I realize that it's too late. It's already stuck in my head."

"For me, the whole wife and mom thing is overrated. It isn't cool to want a husband and a family."


Maybe you can identify. Trying to listen to the right voices can be difficult. This book has been written by friends who will help you find the Truth. Maybe your heart is telling you that some things in your life are way off course. Certain habits and relationships have left you confused and lonely. This is not the way it's supposed to be.


In this book, Nancy and Dannah expose 25 of the lies most commonly believed by your generation. They share real-life accounts from some of the young women they interviewed, along with honest stories about how they've overcome lies they believed themselves. They get down in the trenches of the battle with you. Best of all, they'll show you how to be set free by the Truth.

Stomping Out the Darkness: Discover Your True Identity in Christ and Stop Putting Up With the World's Garbage
Neil T Anderson, Dave Park
Paperback