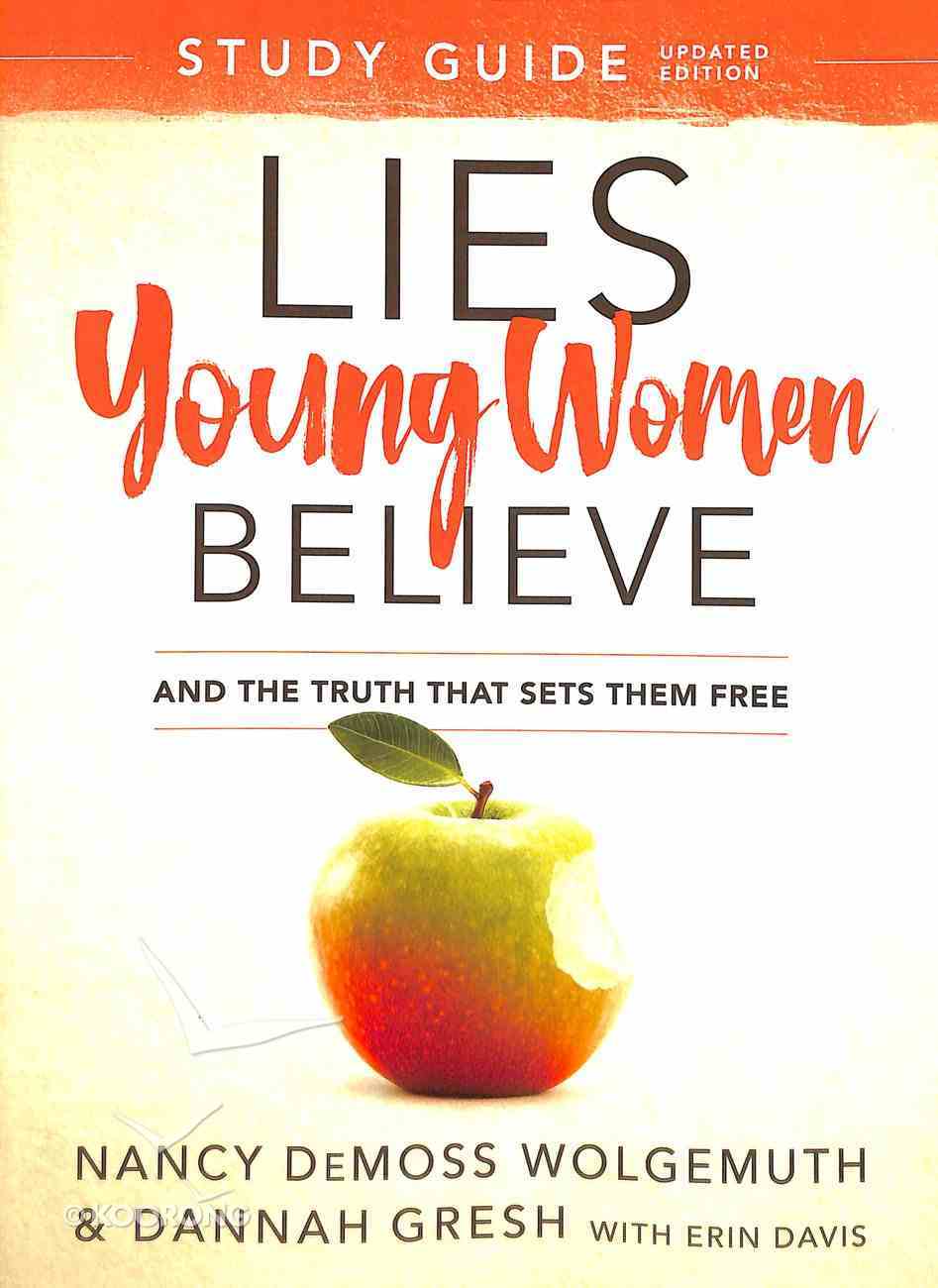 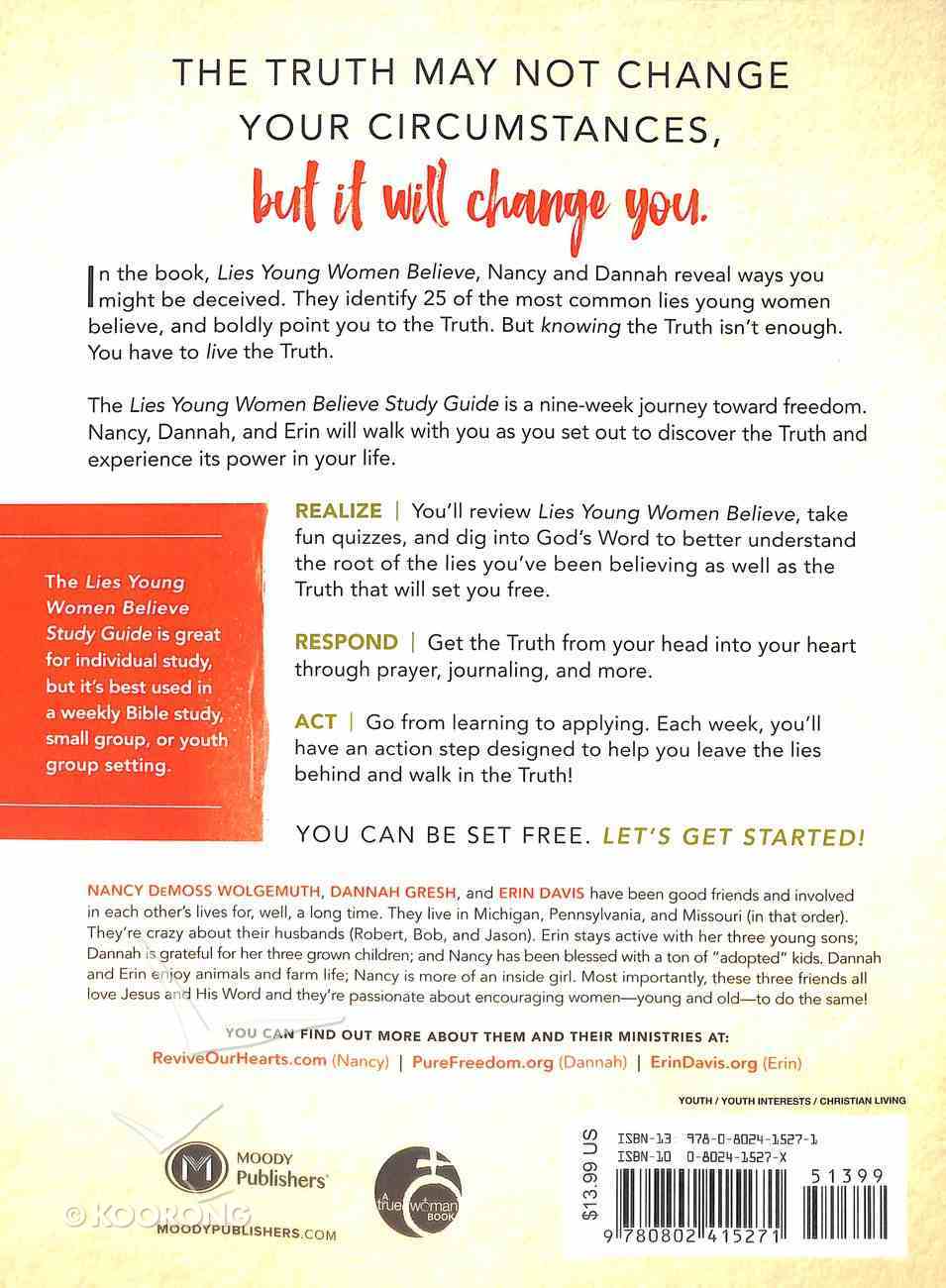 Lies Young Women Believe: And the Truth That Sets Them Free (Study Guide)

Go deeper into the truths of Lies Young Women Believe.


So you've read Lies Young Women Believe, but you want help internalizing its truths and applying them to your life? This companion guide contains questions and activities to help you do just that.


Each session is made up of the following features:

An overview of the chapter to be studied from Lies Young Women Believe and reminders of the lies discussed in that chapter A daily personal study for the readers to complete during the course of the week, between youth group meetings. Each day's study includes a reading from Lies Young Women Believe and reflection questions Questions to be discussed in youth group/small group setting
Ideal for small groups, Bible studies, classes, and individuals

ERIN DAVIS is the founder of Graffiti Ministries, an organization dedicated to addressing the issues of identity, worth, and true beauty in the lives of young women. A popular speaker, author and blogger, Erin has addressed women of all ages nationwide and is passionately committed to sharing God's Truth with others. She is the author of several books including "Graffiti: Learning to See the Art in Ourselves", "True Princess: Embracing Humility in an All About Me World", "The Bare Facts" with Josh McDowell and the "Lies Young Women Believe Companion Guide" with Nancy Leigh DeMoss and Dannah Gr

My Tech-Wise Life: Growing Up and Making Choices in a World of Devices
Amy Crouch, Andy Crouch
Hardback