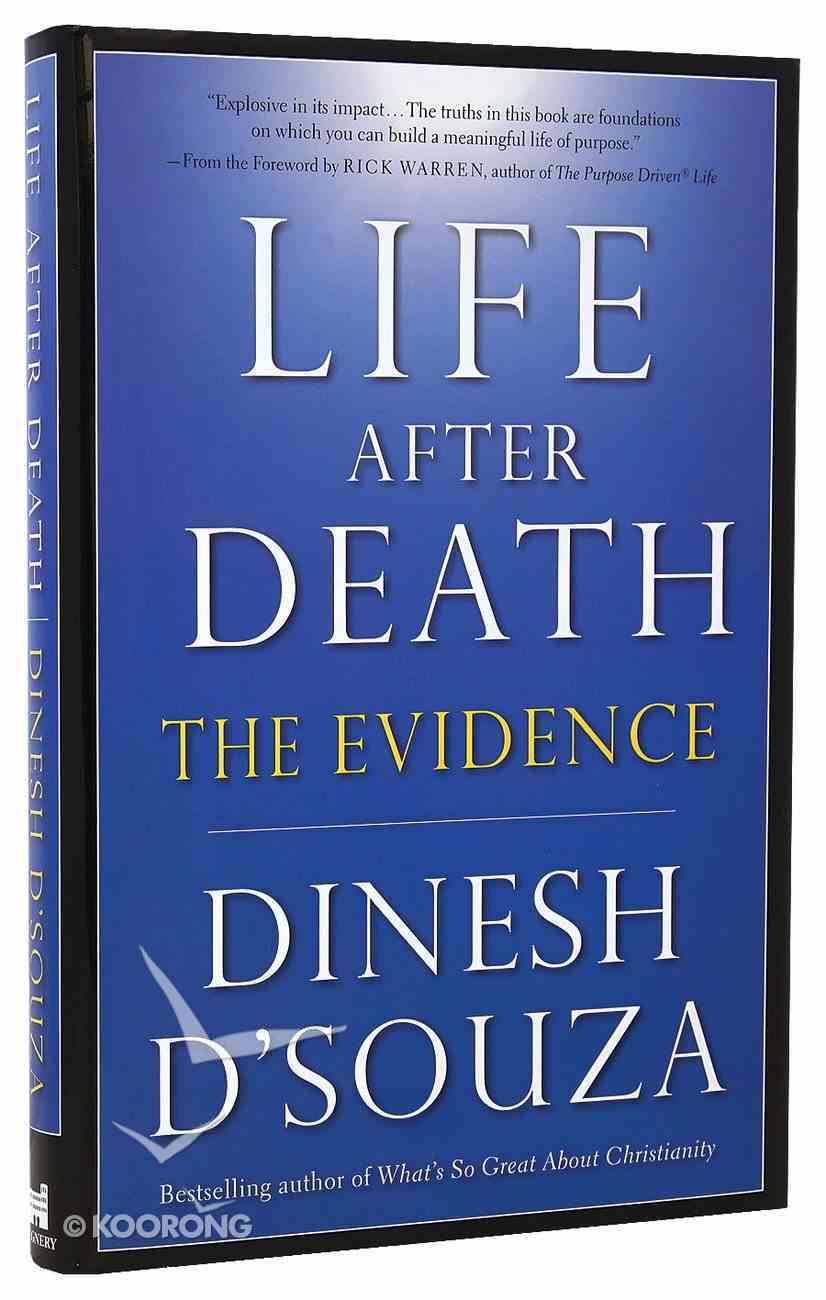 Life After Death: The Evidence

Jesus on Trial: A Lawyer Affirms the Truth of the Gospel
David Limbaugh
Paperback

Evidence For God: 50 Arguments For Faith From the Bible, History, Philosophy, and Science
William A Dembski, Michael Licona
Paperback

Is There Life After Death?


Is there life after death? This question has intrigued men throughout time. And in his eagerly-anticipated new book, Life After Death: The Evidence, bestselling author Dinesh D'Souza proves that life after death is not only logical - it's likely.

Rather than depend on divine revelation or sacred texts, D'Souza takes the surprising approach of using the scientific method to prove the case for life after death. In clear and compelling language, D'Souza shows that life after death is not a naive, faith-based notion, but a rational and reasonable conclusion - supported by the same evidence and logic atheists have used to discredit the idea of an afterlife.

Featuring a foreword by Rick Warren, author of The Purpose Driven Life, Life After Death proves the believers right and the skeptics wrong.

In Life After Death you will learn:
- How modern science lays the groundwork for a science-based belief in life after death.
- How the theory of evolution, far from undercutting the idea of life after death, supports it.
- Why the Christian view of the afterlife is the most compelling and best suits the evidence.
- The evidence of Near Death Experiences - what it tells us, what it doesn't
- What the probability of life after death means for our lives before death.

Life After Death is D'Souza's most powerful book yet. It is a literary tour-de-force that will reinforce the faith of believers everywhere, challenge the most hardened of skeptics, and change the way you look at life, death, and beyond.

Drawing on some of the most powerful theories and trends in physics, biology, philosophy, and psychology, D'Souza concludes that belief in life after deathoffers depth and significance to this life.
-Publisher

Dinesh D'Souza is the president of The King's College in New York City. A former policy analyst in the Reagan White House, D'Souza also served as the John M. Olin Fellow at the American Enterprise Institute and as a Rishwain Fellow at the Hoover Institution at Stanford University. He is the author of several New York Times bestsellers, including Illiberal Education, What's So Great about America, What's So Great about Christianity, and Life after Death: The Evidence. His articles have appeared in major magazines and newspapers including the New York Times, Wall Street Journal, Atlantic Monthly, Vanity Fair, New Republic, National Review, and Forbes. For more information, visit dineshdsouza.com and tkc.edu.