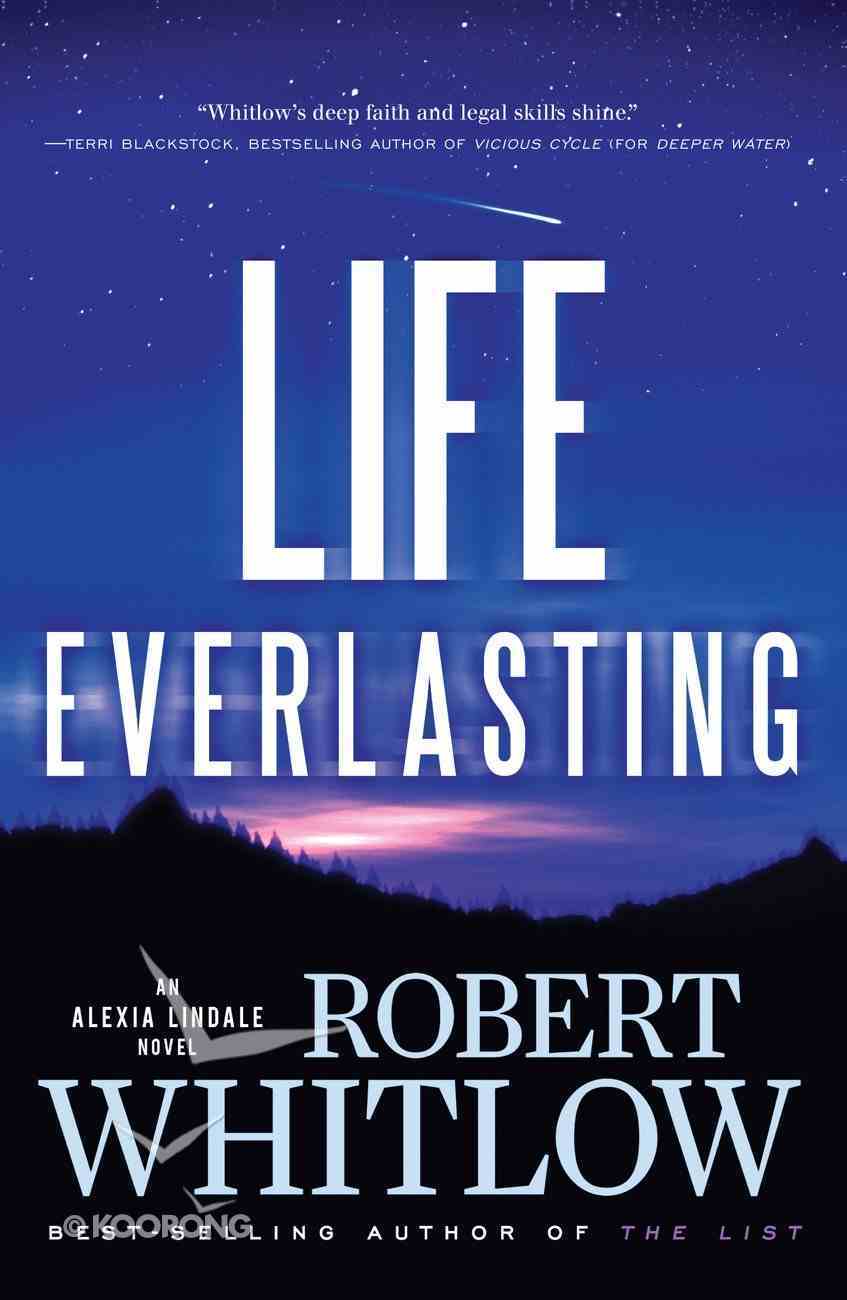 Life Everlasting (#02 in The Santee Series)

Darkness loomed, but the music - and the flickering light - persisted. Then grew stronger. The music stopped, the room emptied and Baxter Richardson opened his eyes for the first time in months. He should have died from his involuntary...

Darkness loomed, but the music - and the flickering light - persisted. Then grew stronger. The music stopped, the room emptied and Baxter Richardson opened his eyes for the first time in months. He should have died from his involuntary plunge off a cliff. But he's alive, and mortal danger remains. Familiar enemies stalk him. New ones hover close at hand.

Meanwhile, haunted by accusing apparitions and the tightening dragnet of criminal investigation, Baxter's wife, Rena, is losing her patience. And quite possibly her mind.

Caught in the middle of it all is Alexia Lindale, a lawyer forced to find her way through deceptive alliances, uncertain romances and courtroom intrigue. It's a struggle of life and death. . . and life everlasting.
- Publisher.

With her client's husband somewhere between this world and the next, attorney Alexia Lindale makes an everlasting choice.


The youngest son of a family consumed by greed, Baxter Richardson lingers on this earth in a coma. His wife wants him dead to protect her secrets. His brother wants him dead to gain control of the family empire. And though Baxter's father fights to keep him alive, even he has ulterior motives.


But Baster has a surprising ally. A classically trained painist, Ted Morgan believes music can be used as prayer. And Ted's divinely-inspired playing has been slowly pulling Baxter back from the brink of death.


Attorney Alexia Lindale represents Baxter's wife, Rena, but has no idea that she and her client are being played in a game that has higher stakes than a single legal case.


As Baxter grows stronger, the more endangered he becomes. As Alexia navigates her responsibilities to her client, her relationship with the gifted musician, and her new relationship with God, she must discern the truth as it pertains to life, death, and life everlasting.