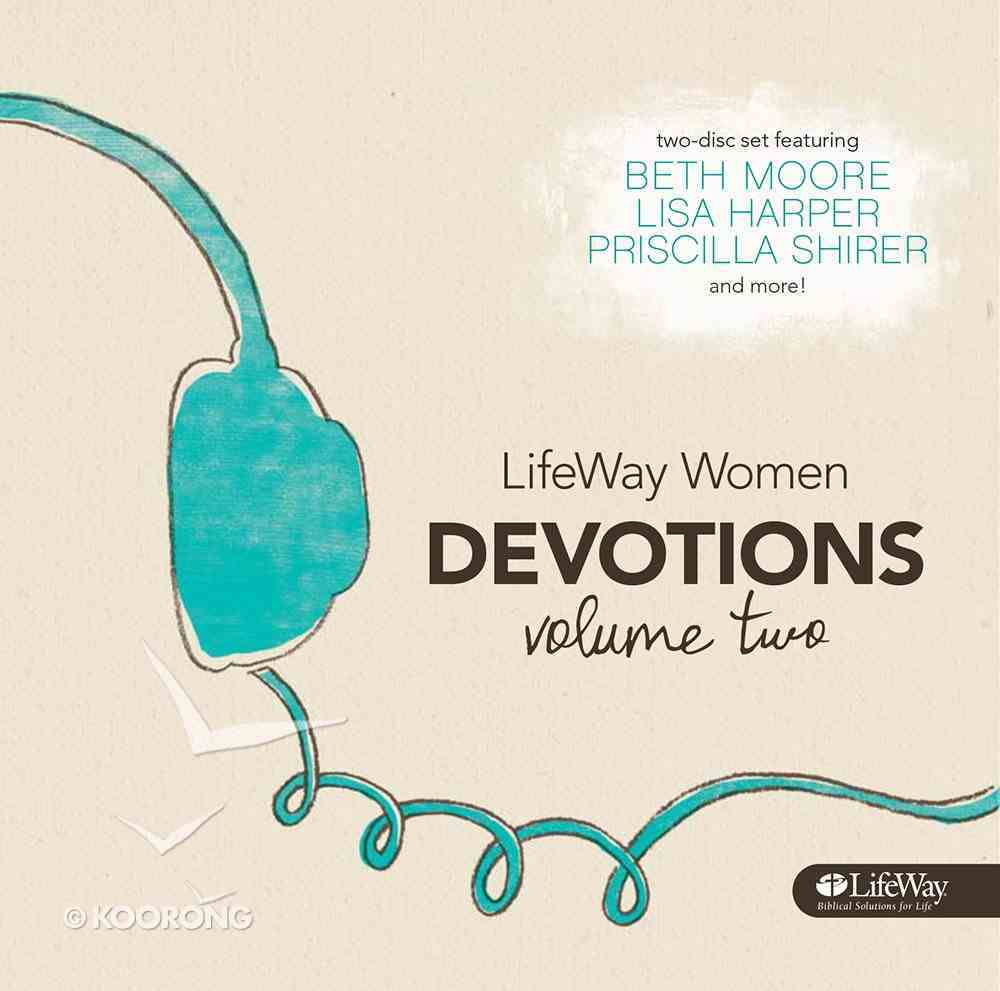 This 2-disc LifeWay Women s Devotional Audio CD set includes 12 devotional segments from LifeWay Women authors original studies and teaching. Each drive-time devotion is approximately 10 minutes in length. Use this to grow closer to God when you drive...

And We Are Changed: Encounters With a Transforming God (Unabridged, 5 Cds)
Priscilla Shirer
CD

This 2-disc LifeWay Women s Devotional Audio CD set includes 12 devotional segments from LifeWay Women authors original studies and teaching. Each drive-time devotion is approximately 10 minutes in length. Use this to grow closer to God when you drive to and from work, to pick up the kids, or give as a gift This CD includes inspiring Scripture-based lessons that will offer you encouragement for your daily routine.


Track 4 From Margaret Feinberg // Wonderstruck The Wonder of Prayer (08:13) Track 5 From Lisa Harper // Hebrews From Absolute Ruin to Glorious Restoration (07:13)Track 6 From Beth Moore // Children of the Day When the Lord Jesus is Revealed (09:11)