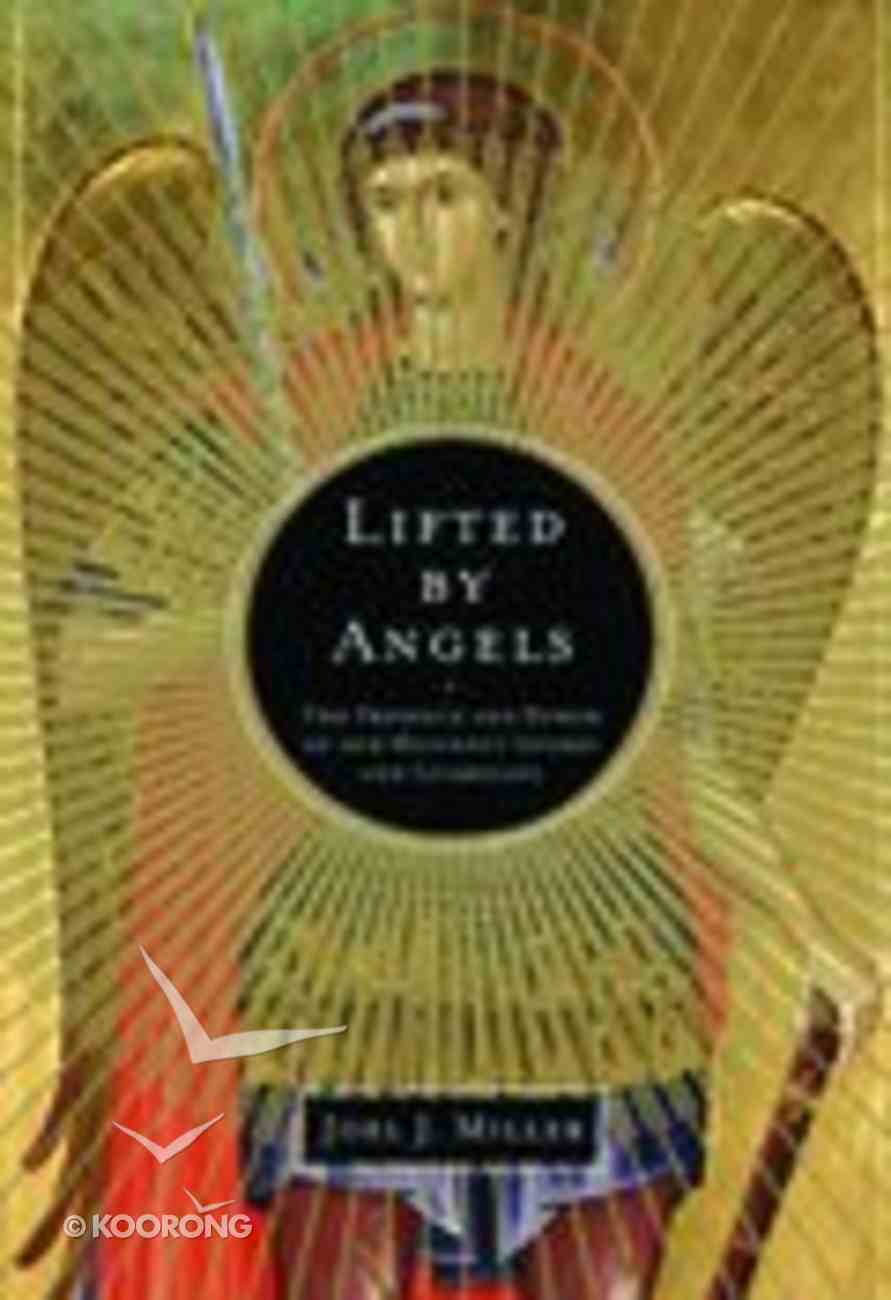 Explores the relationship between people and angels, through the eyes of the early church. Heaven is closer than we realize. Its boundaries overlap our own, and angels move in and out of our porous present, this moment that seems...

1 Available
Expected to ship within 5 hours from Australia.
Learn More
Free Shipping
for orders over $99.

And the Angels Were Silent
Max Lucado
Paperback

And the Angels Were Silent
Max Lucado
eAudio

Death By Living: Life is Meant to Be Spent
N D Wilson
Paperback

Explores the relationship between people and angels, through the eyes of the early church.


Heaven is closer than we realize. Its boundaries overlap our own, and angels move in and out of our porous present, this moment that seems to us so solid and concrete. If that reality seems dim to us now, it beamed for the early Christians. Through their writings, sermons, songs, and art, the ancient faithful confessed a powerful and vivid belief that angels help carry us on our journey to God.


Rooted in the Scripture and following this ancient understanding, Lifted by Angels reveals:

the role that angels play in the lives of people and in God's plan of salvation the different ranks and functions of angels how Satan and his demons fell from grace and plagued humans the functions of guardian angels and how God assigns them to fit our personal needs how guardian angels help us resist evil, temptation, and the devil the way angels join with us in our prayers, even adding their own to ours the service angels provide in worship
Featuring examples of angels in ancient icons and frescoes and supported by extensive research on the early church and its pastors, poets, theologians, and artists, Lifted by Angels answers universal curiosity about angels and the unseen world, leaving readers inspired and hopeful about the nearness of God.


?Many Christians--made uneasy by New Age or neo-pagan angel enthusiasm--are reluctant to believe in angelic interventions at all. Lifted by Angels restores to us our own biblical and historical understanding: that angels are God's servants and messengers.?
Frederica Mathewes-Green, author of The Jesus Prayer


?A beautifully written study on the unique relationship between people and angels. I found it fascinating, challenging, and inspiring. Highly recommended.?
Sheila Walsh, author of God Loves Broken People


?Joel J. Miller presents us with a vision of angels firmly grounded in salvation history: active at the creation of the world, involved in its fall, ministers in its salvation, servants to the Lord Jesus, harbingers of the age to come. He succeeds brilliantly in rescuing angels from the distorting effects of popular culture and revealing them to be ?more exciting, more humbling, more inspiring, and ultimately more real? than we ever imagined.?
Metropolitan Savas (Zembillas) of Pittsburgh


?In Lifted by Angels Joel Miller examines traditional Jewish and Christian angelology in rich and extensive detail. Especially valuable and inspiring are the author's numerous citations of beautiful patristic texts. No one will think of angels in the same way after reading this book. It is highly recommended and without reservation.?


Patrick Henry Reardon, author of Christ in the Psalms


?Angels are an important part of the Bible and of Jewish and Christian traditions, yet we have virtually ignored them. We have abandoned the angels to horror flicks and saccharine television shows. That stops here. Joel Miller's book is a necessary act of recovery.?
Jeremy Lott, editor, RealClearReligion


?There is an unseen spiritual world with which we humans have to deal, and Joel Miller is a fascinating and skilled guide into this invisible reality. Lifted by Angels will elevate your understanding of angels and their practical role in Christian spirituality.?
Todd D. Hunter, Anglican bishop; past president, Vineyard Churches USA; author of Our Favorite Sins


?We are mostly unaware of angels? presence in our midst and their influence on our lives. What a shame! Thank God for Joel J. Miller's Lifted by Angels, a reminder of the role that our ?cousins? play in guiding us and of their exalted place in creation.?
Brad Miner, senior editor, The Catholic Thing; senior fellow, Faith & Reason Institute


?If we sometimes feel alone in our spiritual struggles, it might be because we have lost touch of what Christians of old knew about the unseen angels of God. In Lifted by Angels Miller uses Scripture, Christian art, early church writings and tradition to lift the veil between the earthly and the spiritual realms. He lifts it ever so slightly, not in speculation, but just enough for us to catch a memorable glimpse of those heavenly hosts whom God has sent to comfort and aid us on our journey home.?
James M. Kushiner, executive editor, Touchstone: A Journal of Mere Christianity


Joel J. Miller has worked as a writer an editor for more than a decade. As the author of three previous books, including The Revolutionary Paul Revere, his work has been acclaimed as ?lively? (World), ?vibrant? (William J. Bennett), ?well-researched and bitingly written? (Publishers Weekly), and ?powerful? (The Washington Times). Joel's articles have been featured in Reason, The American Spectator, National Review, RealClearReligion, and other outlets. He blogs about faith and spirituality at JoelJMiller.com. Joel and his family live in Nashville, Tennessee. You can contact him at JoelJMiller.com or via Twitter: @JoelJMiller.