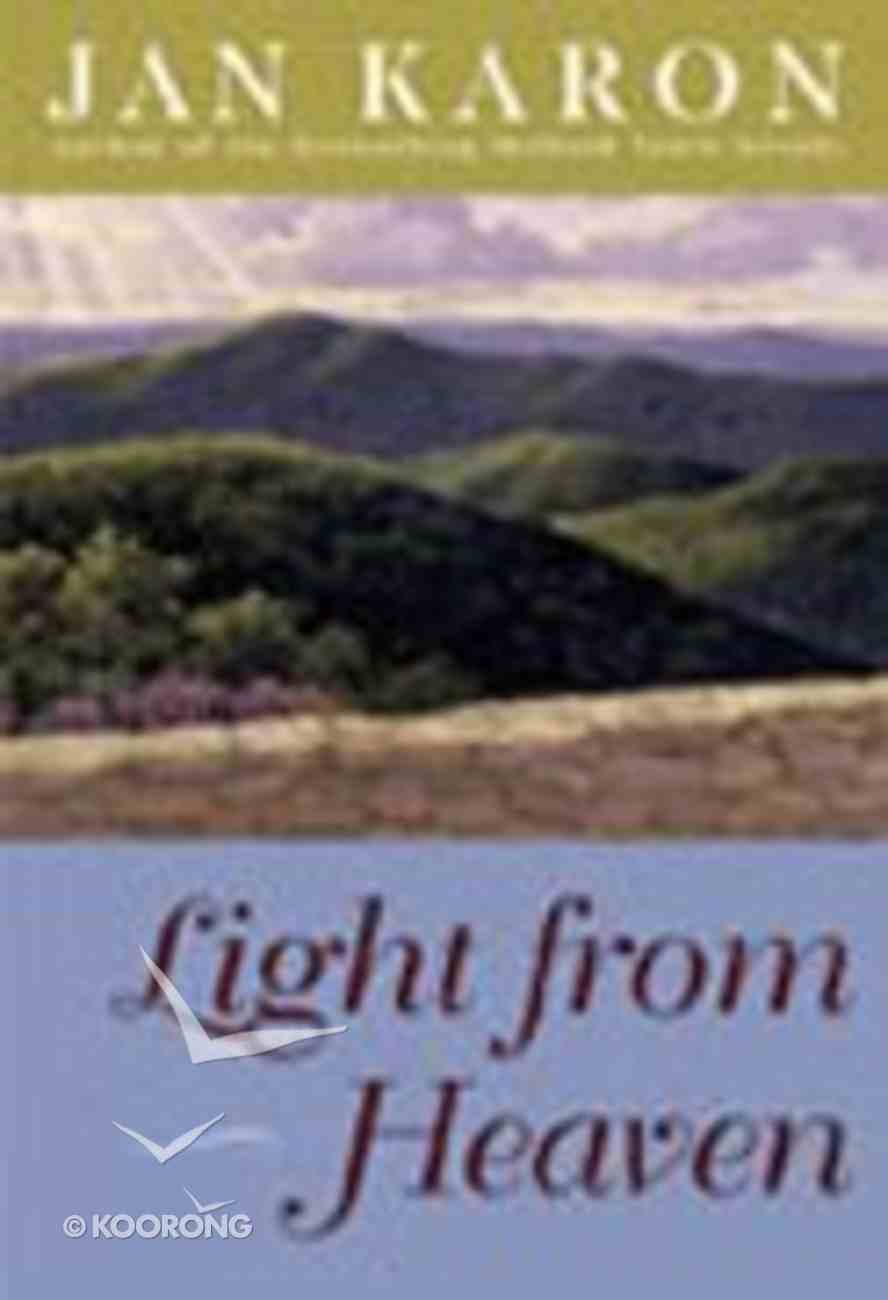 Chapter One A Winter Eden The first flake landed on a blackberry bush in the creek bottom of Meadowgate Farm. In the frozen hour before dawn, others found their mark on the mossy roof of the smokehouse; in a grove...

Chapter One A Winter Eden The first flake landed on a blackberry bush in the creek bottom of Meadowgate Farm. In the frozen hour before dawn, others found their mark on the mossy roof of the smokehouse; in a grove of laurel by the northwest pasture; on the handle of a hoe left propped against the garden fence. Close by the pond in the sheep paddock, a buck, a doe, and two fawns stood motionless as an owl pushed off from the upper branches of a pine tree and sailed, silent and intent, to the ridge of the barn roof. The owl hooted once, then twice. As if summoned by its velveteen cry, the platinum moon broke suddenly from the clouds above the pond, transforming the waters surface into a gleaming lake of molten pearl. Then, clouds sailed again over the face of the moon, and in the bitter darkness, snowflakes fell thick and fast, swirling as in a shaken globe. It was twelve minutes after six oclock when a gray light rose above the brow of Hogback Mountain, exposing an imprint of tractor tires that linked Meadowgates hay barn to the cow pasture and sheep paddock. The imprints of work boots and dog paws were also traceable along the driveway to the barn, and back to the door of the farmhouse, where smoke puffed from the chimney and lamplight shone behind the kitchen windows. From a tulip poplar at the northeast corner to the steel stake at the southwest, all hundred and thirty acres of Meadowgate Farm lay under a powdery blanket of March snow. Cynthia Kavanagh stood in the warmth of the farmhouse kitchen in a chenille robe, and gazed out on the hushed landscape. It makes everything innocent again, she said. A winter Eden. At the pine table, Father Timothy Kavanagh leafed through his quote journal until he found the record hed jotted down. Unbelievable! Weve had snow one, two, three, four . . . this is the fifth time since Christmas Eve. Snow, snow, and more snow! Not to mention dogs, dogs, and more dogs! It looks like somebody backed up to the door and dumped a truckload of canines in here. Following his customary daylight romp, Barnabas, a Bouvier-wolfhound mix and his boon companion of ten years, was drowned in slumber on the hearth rug; Buckwheat, an English foxhound grown long in the tooth, had draped herself over the arm of the sofa; the Welsh corgi, aptly named Bodacious, snored in a wing chair she had long ago claimed as her own; and Luther, a recent, mixed-breed addition to the Meadowgate pack, had slung himself onto his bed in the corner, belly up. There was a collective odor of steam rising from sodden dog hair. Ugh! said his wife, who was accustomed to steam rising off only one wet dog. Father Tim looked up from the journal in which he was transcribing notes collected hither and yon. So what are you doing today, Kavanagh? Cynthia mashed the plunger of the French coffee press. Im doing the sketch of Violet looking out the kitchen window to the barn, and Im calling Puny to find out about the twinstheyre days late, you know. Good idea. Expected around March fourth or fifth, and here it is the fourteenth. Theyll be ready for kindergarten. And you must run to Mitford with the shopping list for Dooleys homecoming dinner tomorrow. Consider it done. His heart beat faster at the thought of having their boy home for spring break, but the further thought of having nothing more to accomplish than a run to The Local was definitely discouraging. Heaven knows, there was hardly anything to do on the farm but rest, read, and walk four dogs; hed scarcely struck a lick at a snake since arriving in mid- January. Willie Mullis, a full-timer whod replaced the part-time Bo Davis, lived on the place and did all the odd jobs, feeding up and looking after livestock; Joyce Havner did the laundry and cleaning, as shed done at Meadowgate for years; Blake Eddistoe ran the vet cli
-Publisher

All good thingsaeven laughter and orange marmalade cakeamust come to an end. ^ And in "Light from Heaven," the long-anticipated final volume in the phenomenally successful Mitford Years series, Karon deftly ties up all the loose ends of Father Timothy Kavanaghas deeply affecting life. ^ On a century-old valley farm where Father Tim and Cynthia are housesitting, thereas plenty to say grace over, from the havoc of a windstorm to a surprising new addition to the household and a mystery in the chicken house. ^ Itas life on the mountaintop, however, that promises to give Father Tim the definitive challenge of his long priesthood. Can he step up to the plate and revive a remote, long-empty mountain church, asap? Or has he been called to accomplish the impossible? Fortunately, heas been given an angelain the flesh, of course. ^ "Light from Heaven" is filled with characters old and new and with answers to all the questions that Karon fans have asked since the series began nearly a dec
-Publisher

Jan Karon writes ato give readers an extended family and to applaud the extraordinary beauty of ordinary lives.a