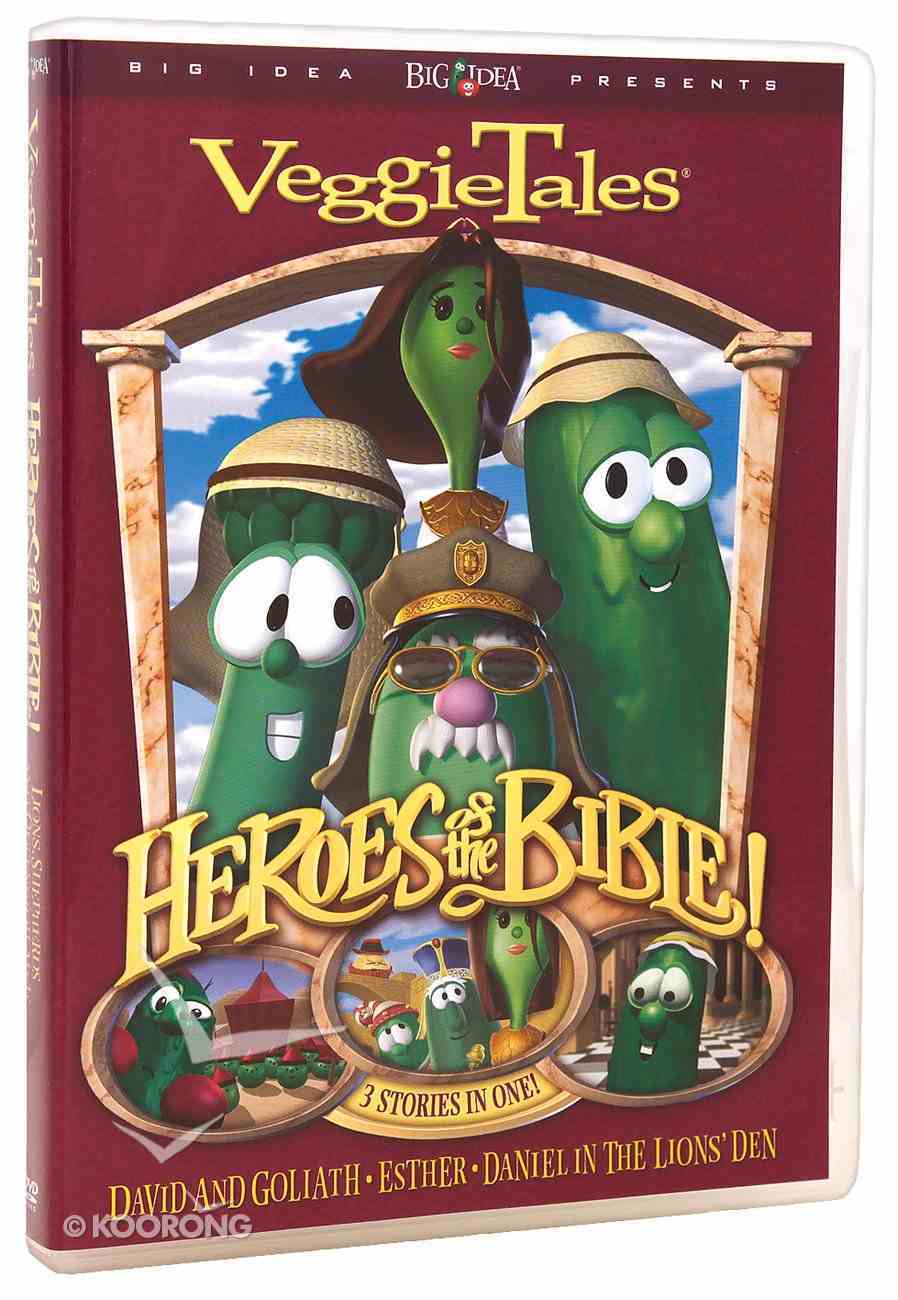 Lions, Shepherds and Queens (#01 in Veggie Tales Heroes Of The Bible Series)

26 available
Expected to ship on Monday from Australia.
Learn More
Free Shipping
for orders over $99.

What do you get when you cross vegetables with classic Bible stories?^^You get courageous cucumbers, ambitious asparagus - you get heroes of epic proportions! You get VeggieTales Heroes of the Bible! - 75 minutes of the VERY best of the VeggieTales stories!^^"Daniel And The Lions Den"^(from Where's God When I'm S-Scared?)^In this musical adaptation of the classic Bible story, Daniel, played by Larry the Cucumber, finds himself in deep trouble thanks to the King's conniving wisemen, played by a trio of slippery scallions. In an exciting finish, Daniel learns that even in the lion's den, he is still in God's hands.^^Dave And The Giant Pickle^This Veggie version of David and Goliath, puts Junior Asparagus (as David) against a really mean, REALLY big pickle! In the end, little Dave learns that it makes no difference whether you're 9-feet tall or 2-feet tall - with God's help, even little guys can do big things!^^Esther. . .The Girl Who Became Queen^When a small-town girl wakes up with the weight of the world on her shoulders and the fate of her people in her hands, can she find the courage to do what's right? Esther. . .The Girl Who Became Queen teaches kids that "you never need to be afraid to do what's right!"
-Publisher

The Bible: A Brickfilm
DVD

He is Risen! - the Resurrection of Jesus! (#11 in Superbook DVD Series Season 01)
DVD