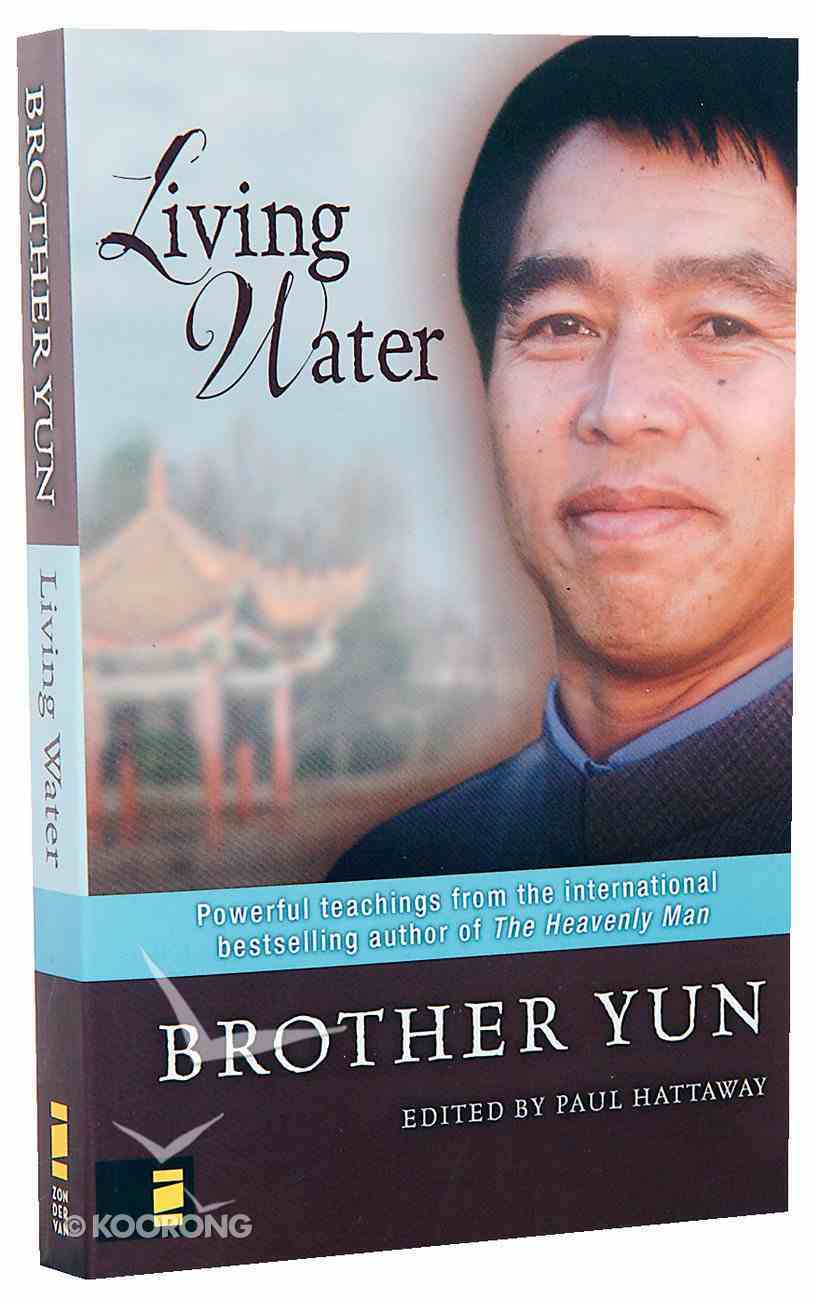 Paul Hattaway's bestselling The Heavenly Man revealed the dramatic story of Brother Yun, one of China's most dedicated house church leaders, who has endured intense persecution for the cause of Christ. The testimony of his unshakeable faith has become an...

1 available
Expected to ship within 12 hours from Australia.
Learn More
Free Shipping
for orders over $99.

Who is My Enemy?
Rich Nathan
eBook

Paul Hattaway's bestselling The Heavenly Man revealed the dramatic story of Brother Yun, one of China's most dedicated house church leaders, who has endured intense persecution for the cause of Christ. The testimony of his unshakeable faith has become an inspiration to Christians everywhere.
Living Water is a collection of Brother Yun's dynamic teachings, drawn from his experiences of persecution and revival. Yun shares how the grace of God sustained him during his darkest hours, and how that darkness was transformed into the infectious joy and zeal for the Lord that are the hallmarks of his ministry. This unique book shows that radical faith is not for an elite few, but for every believer who dares to call Jesus Lord and Christ!


"Brother Yun is fervent and fiery for Jesus. I'm sure that he will be among the Lord's anointed of the next generation, who build the kingdom of God in the toughest places on earth. I appreciate and honor this great servant of God."
- Reinhard Bonnke, evangelist and founder of Christ For All Nations


"Brother Yun's life is one so totally captured by Jesus that no imaginable hardship or persecution can stop him from being more than a conqueror."
- Rolland and Heidi Baker, missionaries in Africa and directors of Iris Ministries
- Publisher

Living Water is a compelling saga of Brother Yun's sacrifice to bring Jesus and the Bible to non-believers. Through his dynamic teachings, Brother Yun shares a message of radical trust and authentic Christian discipleship to churches around the world. Using the message of the Bible and interweaving it with stories of life-changing faith, Living Water distills the wisdom of this courageous Christian man who suffered intense persecution for his beliefs. Brother Yun challenges Christians to go deeper in their faith, and become bold in their witness for Christ. He shows how God can make you as bold as a lion, and bring your days as a timid Christian to an end. The book of Acts continues today in the lives of courageous believers like Brother Yun. An inspirational challenge to deeper discipleship, Living Water offers moving stories of struggles and victories, miracles of grace and mountains moved.
-Publisher

Brother Yun is a Chinese preacher and evangelist whose life has been marked by both hardships and miracles through his intense desire to reach China with the gospel throughout the late 20th century. He is also a leader of the "Back to Jerusalem Movement" which seeks to send thousands of missionaries out from China into the least-gospel-reached countries of the world, most existing between China and Israel. He now lives in Germany and is married to Deling and has two children. Books about Yun include Living Water:Powerful Teachings from the International Bestselling Author of The Heavenly Man and The Heavenly Man.
Koorong - Editorial Review.

Transforming Loneliness: Deepening Our Relationships With God and Others When We Feel Alone
Ruth Graham, Cindy Lambert
Paperback