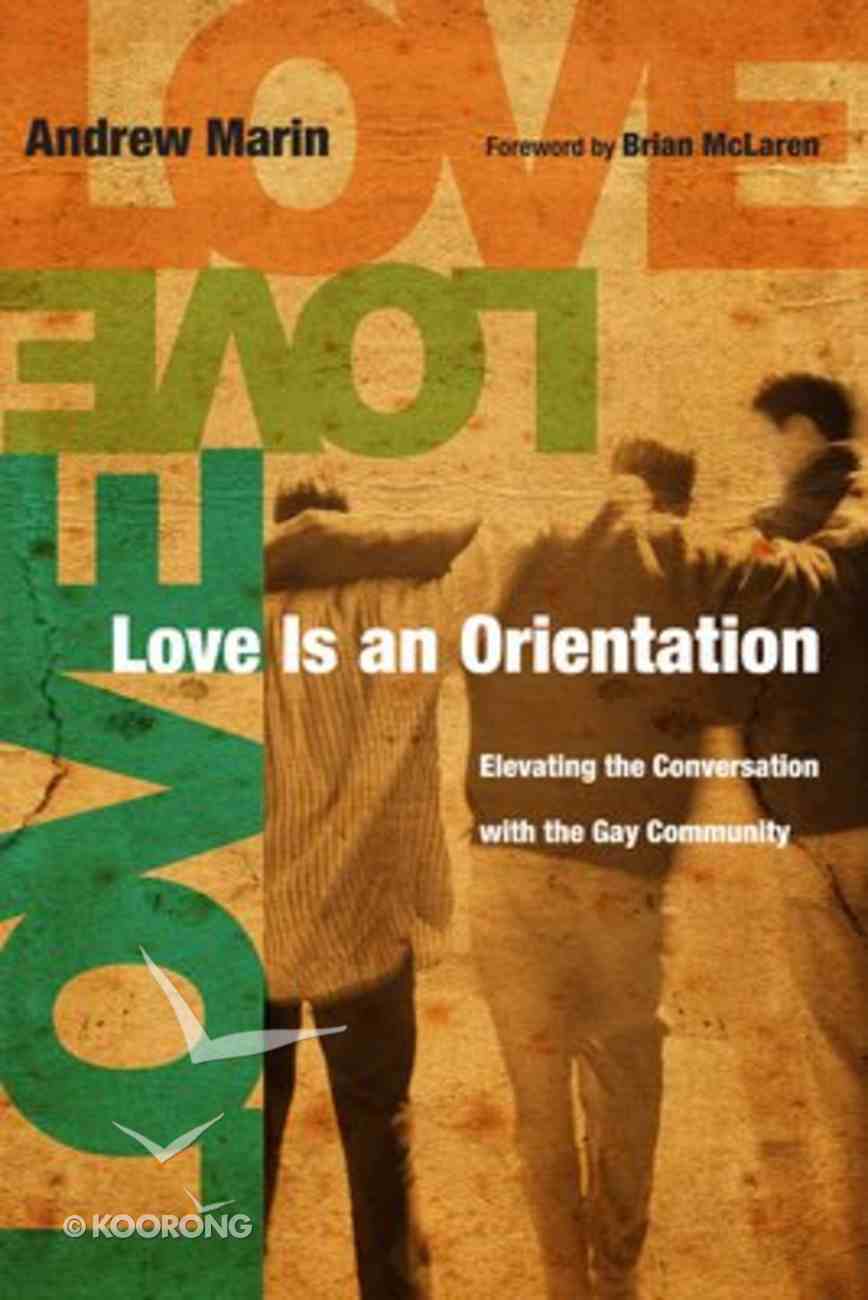 Love is An Orientation

Andrew Marin's life changed forever when his three best friends came out to him in three consecutive months. Suddenly he was confronted with the gay, lesbian, bisexual and transgender community (GLBT) firsthand. And he was compelled to understand how he...

2 available
Expected to ship within 2 hours from Australia.
Learn More
Free Shipping
for orders over $99.

Us Versus Us: The Untold Story of Religion and the Lgbt Community
Andrew Marin
Paperback

Us Versus Us
Andrew Marin
eBook

What Does It Mean to Be Welcoming?: Navigating Lgbt Questions in Your Church
Travis Collins
Paperback

Andrew Marin's life changed forever when his three best friends came out to him in three consecutive months. Suddenly he was confronted with the gay, lesbian, bisexual and transgender community (GLBT) firsthand. And he was compelled to understand how he could reconcile his friends to his faith.
^^In an attempt to answer that question, he and his wife relocated to Boystown, a predominantly GLBT community in Chicago. And from his experience and wrestling has come his book, Love Is an Orientation, a work which elevates the conversation between Christianity and the GLBT community, moving the focus from genetics to gospel, where it really belongs.

^^Why are so many people who are gay wary of people who are Christians? Do GLBT people need to change who they are? Do Christians need to change what they believe? Love Is an Orientation is changing the conversation about sexuality and spirituality, and building bridges from the GLBT community to the Christian community and, more importantly, to the good news of Jesus Christ
-Publisher

When three of Andrew Marin's friends came out to him in the span of three months, he was confronted head-on with the question of how to reconcile his friends with his faith. Love Is an Orientation is the result of years of wrestling with this issue. In the book, Marin speaks out with compassion and conviction, elevating the conversation between Christianity and the GLBT community so that the focus is moved from genetics to gospel, where it really belongs.
-Publisher

Andrew Marin's life changed radically in 2000 when, during three consecutive months, his three best friends all came out to him. A self-described homophobic, straight, Bible-believing, conservative Christian alpha-male, Marin's world was rocked by the revelations of his friends. Determined to find some answers to his crisis, he made the dramatic choice to become what he calls "the gayest straight dude in America," and followed God's call to move to a predominantly gay neighborhood in Chicago and immerse himself in the gay and lesbian community. His book, Love Is an Orientation, shares the lessons learned, experiences had and lives touched in the eight years since.

We Will Not Be Silenced: Taking a Stand Against Our Culture's Assault on Christianity
Erwin W Lutzer, David Jeremiah (Fwd)
Paperback