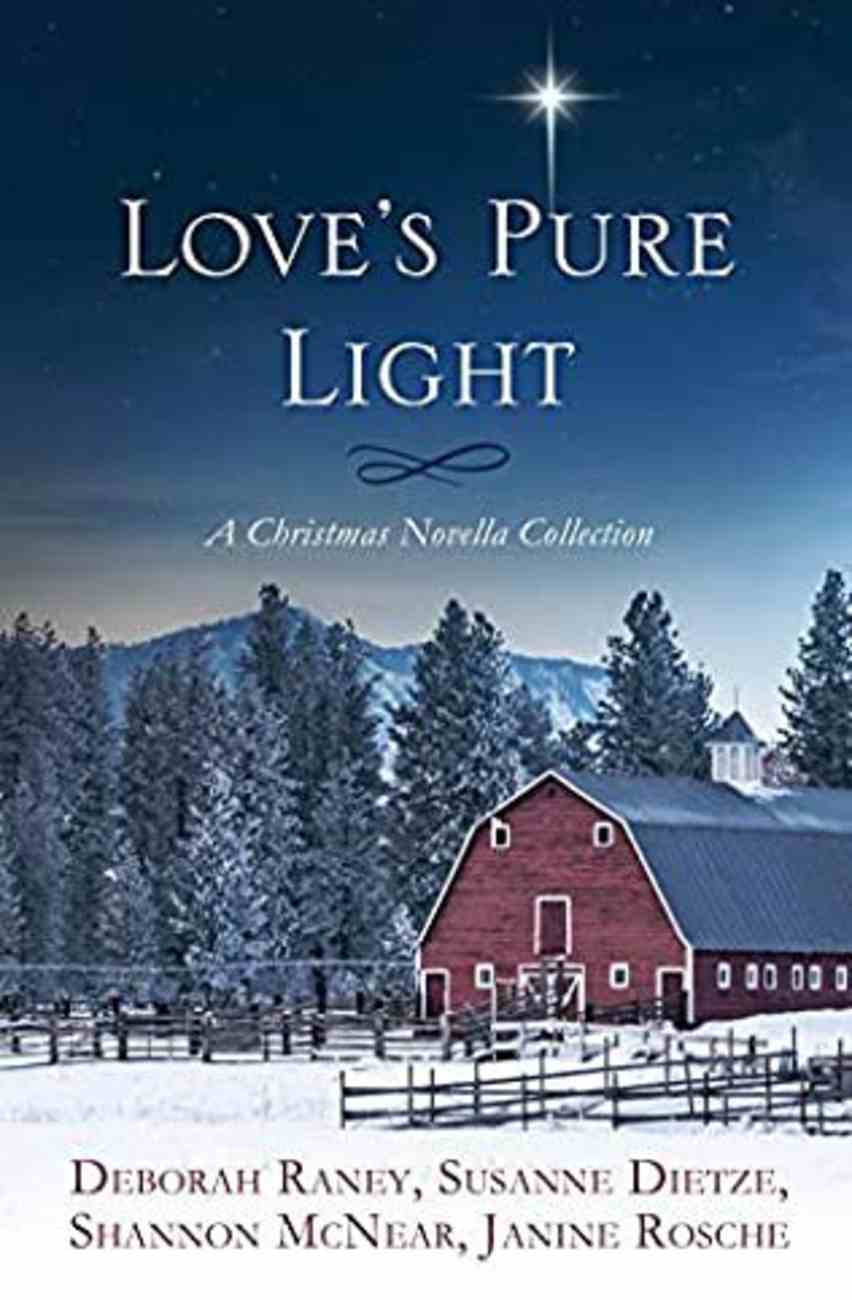 Be transported to unique time periods as you follow a treasured family nativity set through four generations of the Shepherd family. While Shepherds Watch Are Keeping by Susanne Dietze Massachusetts, 1899 This Christmas, Pastor Seth Shepherd has little to...

Be transported to unique time periods as you follow a treasured family nativity set through four generations of the Shepherd family.

While Shepherds Watch Are Keeping by Susanne Dietze
Massachusetts, 1899
This Christmas, Pastor Seth Shepherd has little to offer his flock of congregants in their time of need until Jessalyn Grant, a mysterious newcomer, comes to his aid.

The Wise Guy and the Star by Shannon McNear
Charleston, South Carolina, to Kansas City, Missouri, 1919
While journeying by train, Stella Shepherd befriends war veteran Nat Wise. She helps him find renewed faith in God, but could he also be the answer to the wanderings of her own heart?

On Angel Wings by Janine Rosche
Kansas City, Missouri, 1945
Elodie Wise plans a fundraising ball with the help of her friend Benjamin Gabriel. But can she look past the swanky Hollywood headliner to see the man who truly loves her?

Making Room at the Inn by Deborah Raney
Cape Girardeau, Missouri, Present Day
Benjie Gabriel thinks the chef's position she's just taken at an award-winning bed and breakfast is temporary-just a stepping stone. The B&B's owner, Trevor Keye, thinks the same. Will five months be long enough for them to figure out that what they've each been longing for, praying for, is right beneath their noses?

:
A beloved family nativity set follows four generations through time. In 1899, a mysterious newcomer helps Pastor Seth Shepherd save Christmas. In 1919, while journeying by train, Stella Shepherd befriends a war veteran and finds a reason to cease her wanderings. In 1945, Elodie Wise plans a fundraising ball with the help of her friend, a swanky Hollywood headliner. In 2020, Benjie Gabriel thinks the chef's position she's just taken at an award-winning bed and breakfast is temporary, until she gets to know the owner. And as the Shepherd family grows through loving relationships, the nativity set also expands with new treasured pieces.

Deborah Raney's first novel, "A Vow to Cherish", was awarded a ýSilver Angel from Excellence in Media and inspired the acclaimed World Wide ýPictures film of the same title. Since then her books have won the RITA Award, ýthe HOLT Medallion, and the National Readers' Choice Award; Raney was also a ýfinalist for the Christy Award. She and her husband, artist Ken Raney, make ýtheir home in their native Kansas.

Transplanted to North Dakota after more than two decades in Charleston, South Carolina, Shannon McNear loves losing herself in local history. She's a military wife, mom of eight, mother-in-law of three, grammie of two, and a member of ACFW and RWA. Her first novella, Defending Truth in A Pioneer Christmas Collection, was a 2014 RITA® finalist. When she's not sewing, researching, or leaking story from her fingertips, she enjoys being outdoors, basking in the beauty of the northern prairies.nbsp;Connect with her atnbsp; www.shannonmcnear.com , or on Facebook and Goodreads.