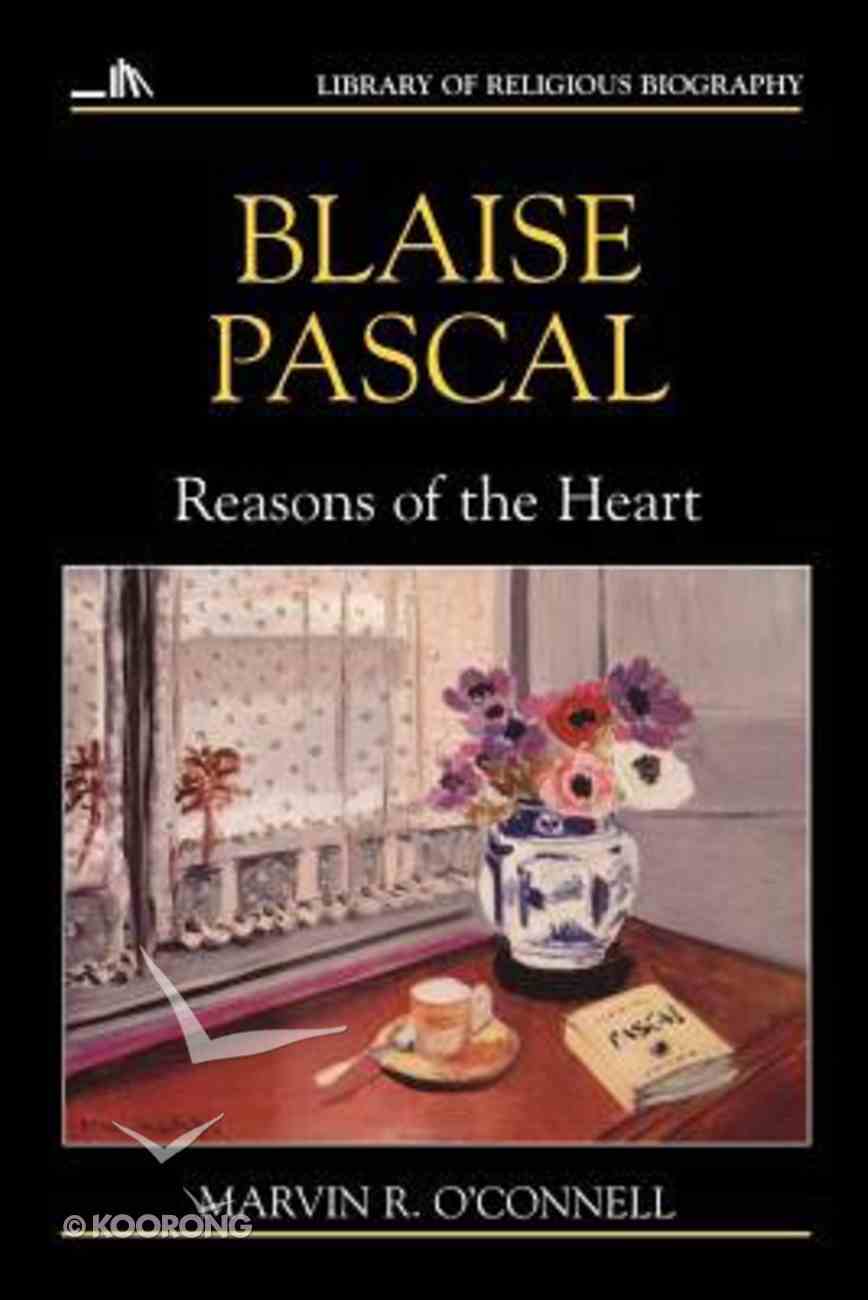 Marvin OConnellA meticulous examination of the life and times of a scientist, mathematician,and religious philosopher who combined a potent intelligence with an acute needof God. 211 pages, from Eerdmans.

Marvin OConnellA meticulous examination of the life and times of a scientist, mathematician,and religious philosopher who combined a potent intelligence with an acute needof God. 211 pages, from Eerdmans.

Blaise Pascal (1623-1662), mathematician, physicist, inventor, and religious thinker was a man at odds with his time. The optimism of the Enlightenment and the belief among philosophers and scientists that the universe was both discoverable and rational made them feel invincible. Reason alone, declared the intellectuals, could discover a God of natural religion that was to replace the God of traditional Christianity. Pascal, on the other hand, was not so confident. In his Pensies, he wrote, "The eternal silence of these infinite spaces fills me with dread." For Pascal, the universe was full of a mystery that went far beyond the powers of reason.Blaise Pascal: Reasons of the Heart, the latest addition to Eerdmans LIBRARY OF RELIGIOUS BIOGRAPHY series, captures Pascal's life and times with a chronicle narrative based on the published sources and Pascal's own works. Marvin O'Connell takes readers on an eloquent journey into Pascal's world, showing the passion that drove the man and the r
-Publisher

This biography by Marvin R. O'Connell captures Pascal's life and times with a chronological narrative based on the published sources and Pascal's own works. From Pascal's early life as a child prodigy already experimenting in physics at the age of ten to his adult years as one of Europe's leading intellectuals, O'Connell takes readers on an eloquent journey into Pascal's world, showing them the passion that drove the man and the radical spirituality he sought in his own heart. In the process, O'Connell also illumines the social, political, and religious intrigue of seventeenth-century Paris, especially the winner-take-all struggle between the Jesuits and the Jansenists, with whom Pascal himself was allied.
-Publisher

During the great 17th-century French renaissance, one voice for God could not be stilled by the mocking intellectuals and ruling despots of the day: Blaise Pascal. The renowned scientist and poet rose above his frail health and violent times with a ringing call to repentance and salvation---a call that continues to be heard 'round the world today. Here is his remarkable story!
-Publisher