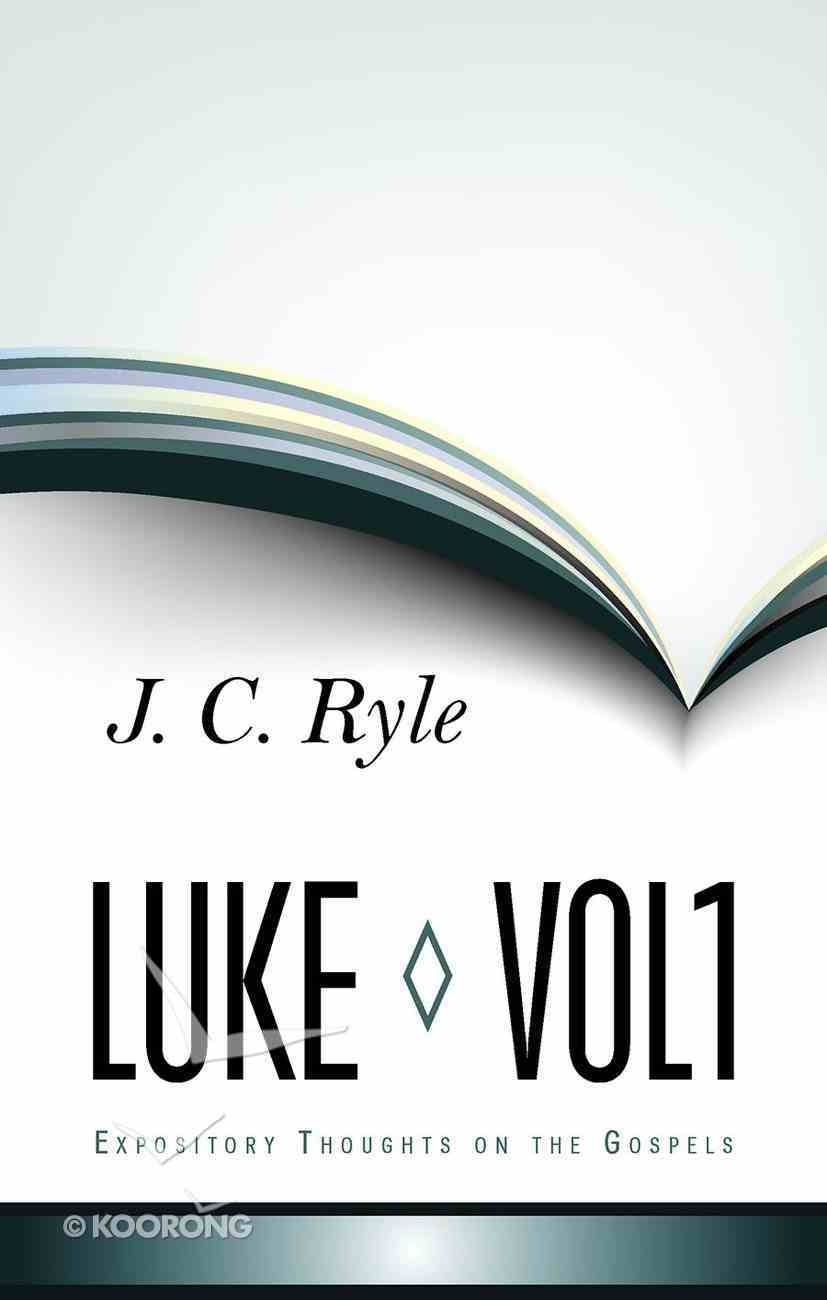 Within a year of publishing Mark in his Expository Thoughts on the Gospels series, J. C. Ryle had, in 1858, completed his study of the Gospel of Luke. This was a much more 'substantial' commentary than the earlier ones...

Within a year of publishing Mark in his Expository Thoughts on the Gospels series, J. C. Ryle had, in 1858, completed his study of the Gospel of Luke.

This was a much more 'substantial' commentary than the earlier ones on Matthew and Mark, and comprehensive 'explanatory notes' were appended to the author's 'thoughts' on each passage of Scripture. The purpose of the notes was four-fold-(i) to 'throw light on difficulties' in the text; (ii) to provide literal meanings and comparative translations of certain of the Greek words used by Luke; (iii) to quote what other 'approved writers' had said on particular passages; and (iv) to use Scripture to 'combat existing false doctrines and heresies'. Because of this, the Expository Thoughts on Luke were - and are in this new edition - presented in two volumes, the first covering Luke chapters 1-10, the second chapters 11-24.

Written specifically for a non-Jewish readership, Luke's Gospel is perhaps the most 'accessible' of the narratives of the life of Christ for modern readers. Ryle's desire for his readers mirrors that of Luke 1:4, that they might gain 'a more clear knowledge of Christ, as a living person, a living priest, a living physician, a living friend, a living advocate at the right hand of God, and a living Saviour soon about to come again'.

Ismay Deagan has one wish in the world - to leave Ireland and join her brother, Bram, in Australia. However, her father has other ideas and orders her to marry their vicious neighbour Rory Flynn, even though she loathes him. But after Rory brutally attacks her Ismay realises she has to escape. So, disguising herself as an impoverished young widow, she sets sail for Australia, hoping to be reunited with her brother. When she meets Adam Treagar on the ship, she finally starts to believe her dreams of future happiness may come true. But before they even reach their destination they are flung into adventures in Suez, Ceylon and Singapore... Can Ismay tell Adam the truth about who she really is? What secrets is Adam himself hiding? And will Ismay's past catch up with her and threaten her new life in Australia, before it has even begun?
-Publisher

R C Ryle (1816-1900) was appointed as the first Bishop of Liverpool in 1880 and was the leader of the Evangelical wing of the Church of England for more than half a century. His written works have remained in demand for well over a century, being highly valued for their clear and lively style. Ryle wrote on a wide range of themes, and his teachings, both practical and spiritual, remain as fresh and relevant today as when he first wrote them down.