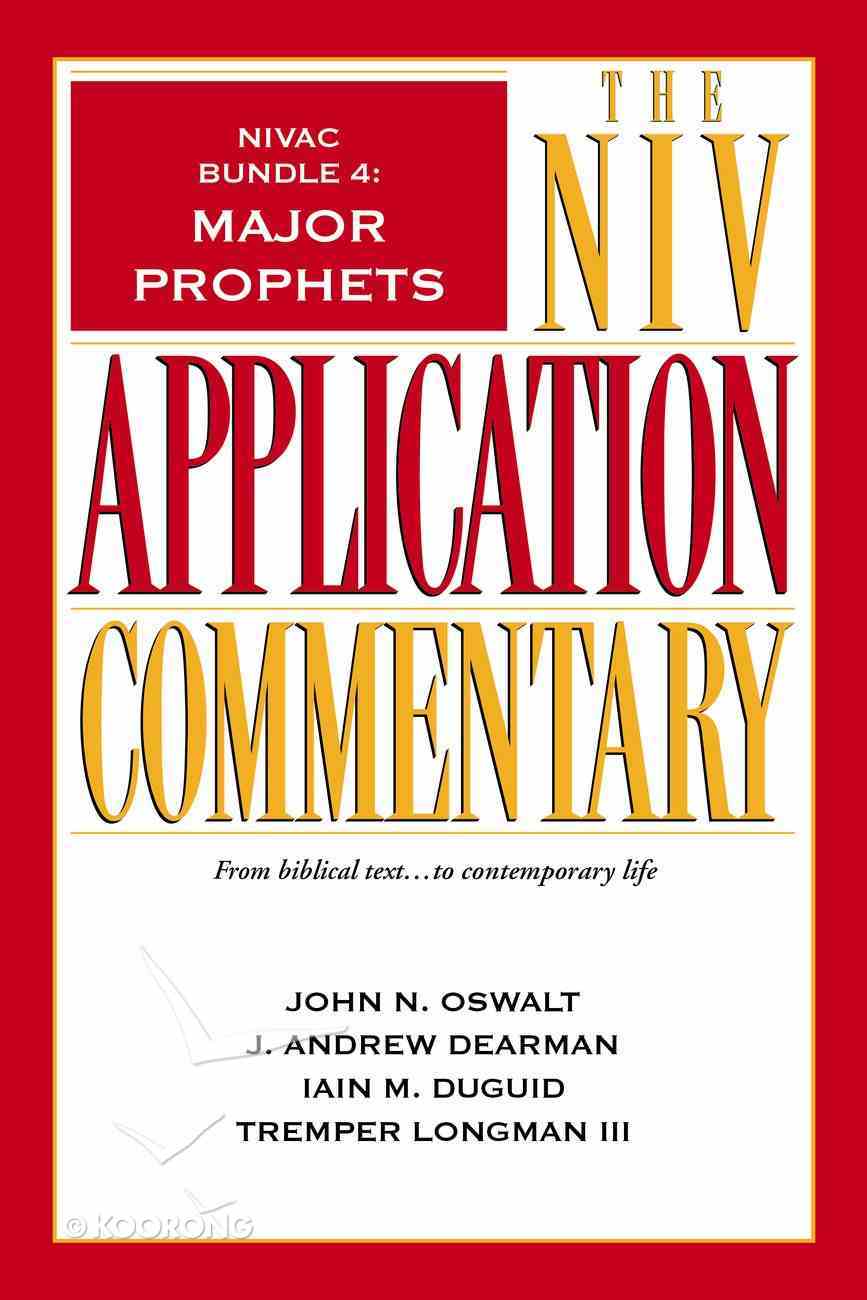 The NIV Application Commentary helps you communicate and apply biblical text effectively in today's context. To bring the ancient messages of the Bible into today's world, each passage is treated in three sections: Original Meaning. Concise exegesis...

Dr. John N. Oswalt (Ph.D., Brandeis University) is research professor of Old Testament at Wesley Biblical Seminary in Jackson, Mississippi. He is the author of numerous articles and several books, including the two-volumes Isaiah 1-39, Isaiah 40-66 (New International Commentary on the Old Testament series), Isaiah (NIV Application Commentary), Called to be Holy: A Biblical Perspective and most recently The Bible among the Myths: Unique Revelation or Just Ancient Literature?
Koorong - Editorial Review.