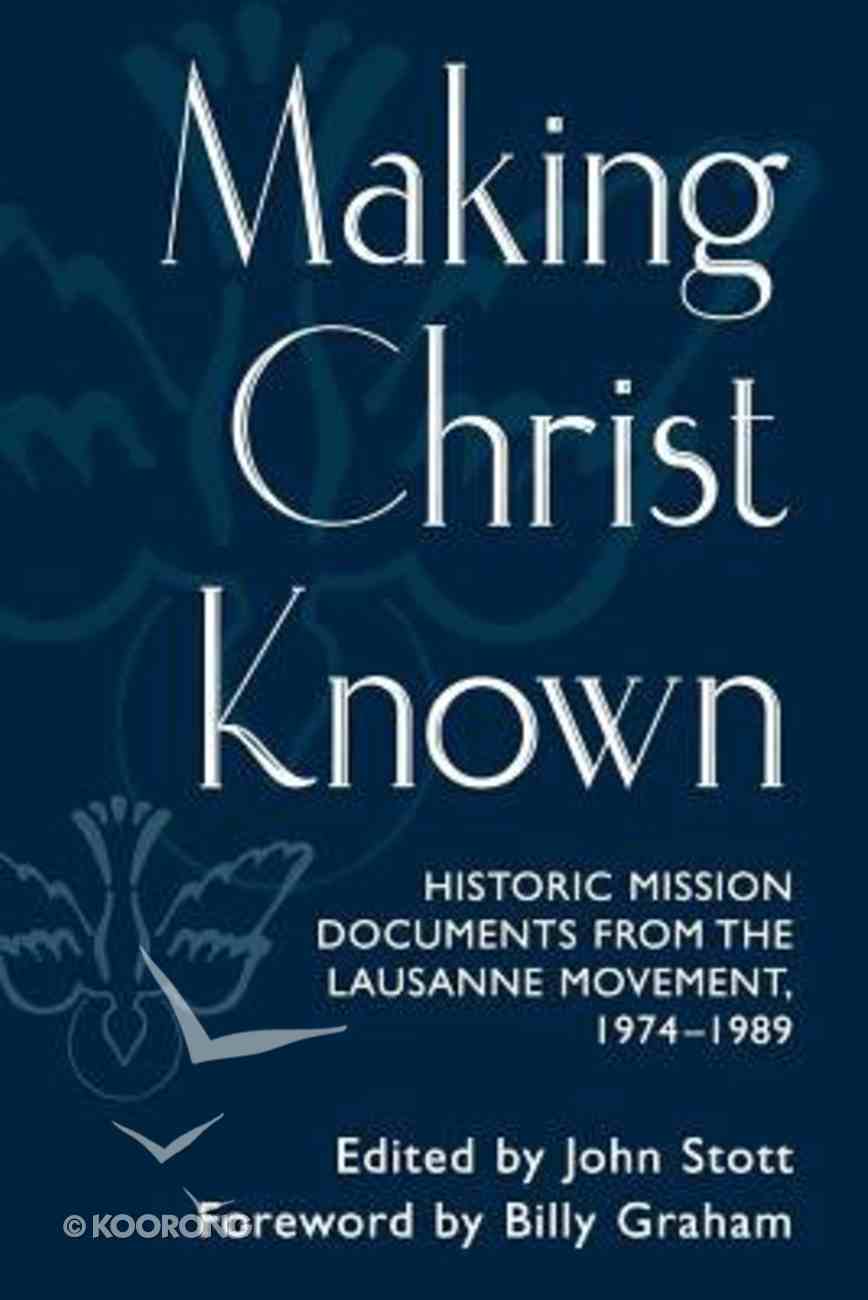 "Important findings of international consultations ought not to be lost," writes Stott. From the Lausanne Covenant to the Manila Manifesto, these key documents of the Lausanne Movement (1974--1989) will give you profound insight into the relationship between evangelism and social responsibility, the gospel and culture, and much more. Includes a historical introduction by Stott.
-Publisher

During the fifteen-year period between 1974 and 1989 the Lausanne Movement produced a number of key mission documents that have been gathered in this important anthology. Beginning with the "Lausanne Covenant" and ending with the "Manila Manifesto," these vital mission documents have so far been available only as "Lausanne Occasional Papers." Now they are available in book form. Each of the documents is presented here with its historical integrity intact. The only new additions to the collection itself are a historical introduction by John R. W. Stott and a foreword by Billy Graham-both important pieces of writing in themselves.
-Publisher