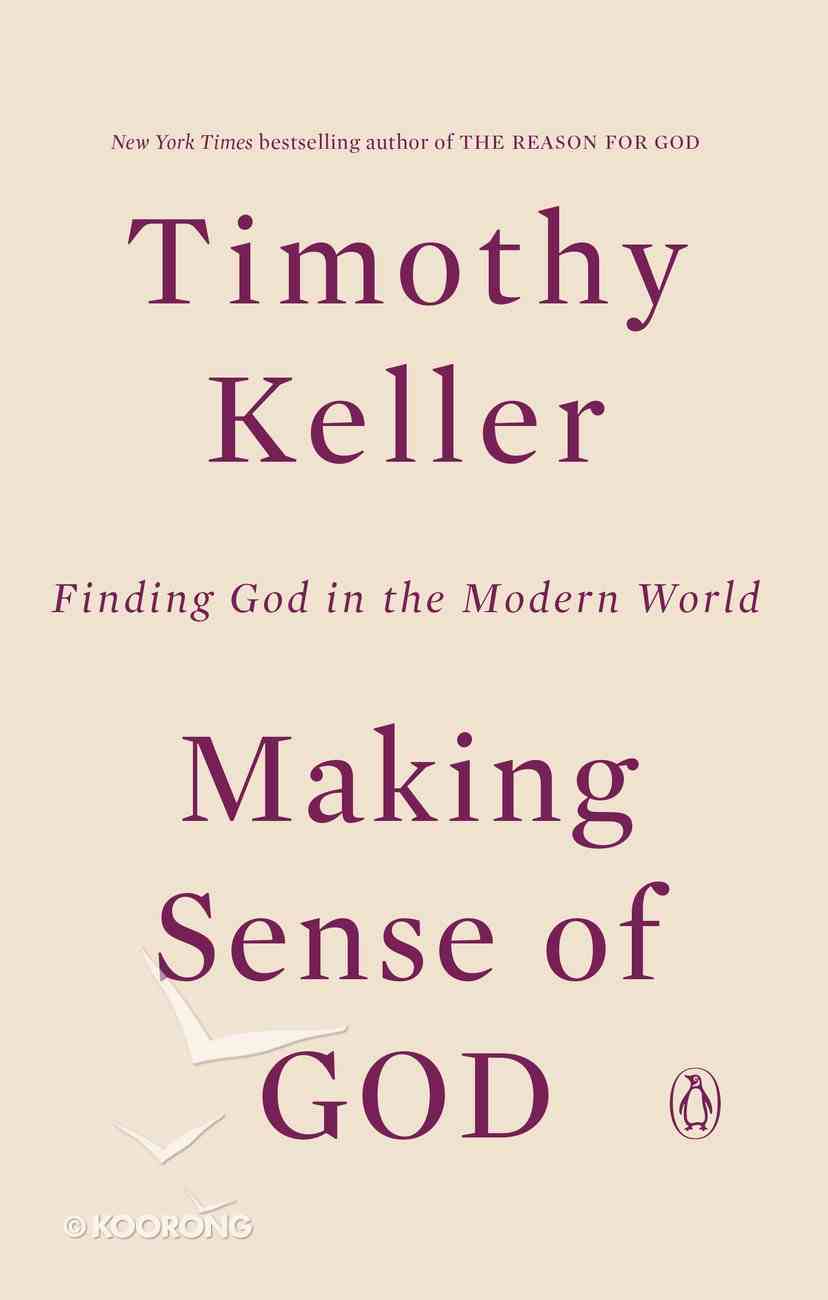 Making Sense of God: Finding God in the Modern World

: We live in an age of skepticism. Our society places such faith in empirical reason, historical progress, and heartfelt emotion that it's easy to wonder: Why should anyone believe in Christianity? What role can faith and religion play in...

The Prodigal God: Recovering the Heart of the Christian Faith
Timothy Keller
eBook

:We live in an age of skepticism. Our society places such faith in empirical reason, historical progress, and heartfelt emotion that it's easy to wonder: Why should anyone believe in Christianity? What role can faith and religion play in our modern lives?

In this thoughtful and inspiring new book, pastor and New York Times bestselling author Timothy Keller invites skeptics to consider that Christianity is more relevant now than ever. As human beings, we cannot live without meaning, satisfaction, freedom, identity, justice, and hope. Christianity provides us with unsurpassed resources to meet these needs. Written for both the ardent believer and the skeptic, Making Sense of God shines a light on the profound value and importance of Christianity in our lives.
-Publisher

You have picked up this book, which shows you have some interest in the question of whether religious belief is possible in our time. But really, should you keep reading? Isn't a book about the relevance of religion nothing but a desperate, rear-guard action? Isn't the greater reality that "nonbelief is on the march"? That religion in general and Christianity in particular are spent forces, inevitably declining? Aren't increasing percentages of the population, especially millennials, finding that they have less need for God and faith in their lives?

A woman in my church brought a colleague from the business world to visit a Sunday worship service. The man, in his late fifties, was stunned to see several thousand professionals present, mostly young and living in Manhattan. He found the service helpful, thought provoking, and even moving. Afterward he admitted to her that the experience was unnerving. Why, she asked? He answered: "It has always been a settled belief of mine that religion is dying out, at least among educated people and certainly among the young. Oh, I can understand young adults being attracted to the Christian rock-concert-type things. But my experience here puts something of a hole in that assumption."

After a major new study by the Pew Research Center, the Washington Post ran an article entitled "The World Is Expected to Become More Religious&-Not Less." While acknowledging that in the United States and Europe the percentage of people without religious affiliation will be rising for the time being, the article distilled the research findings, namely, that in the world overall religion is growing steadily and strongly. Christians and Muslims will make up an increasing percentage of the world's population, while the proportion that is secular will shrink. Jack Goldstone, a professor of public policy at George Mason University, is quoted: "'Sociologists jumped the gun when they said the growth of modernization would bring a growth of secularization and unbelief. . . . That is not what we're seeing,' he said. 'People . . . need religion.'"

Many readers of the Washington Post article had the same reaction as the man who had visited our church. They found the study's findings unbelievable. One opined, "It's easy to get rid of religion just by educating people about other religions, or even giving them a secular, n