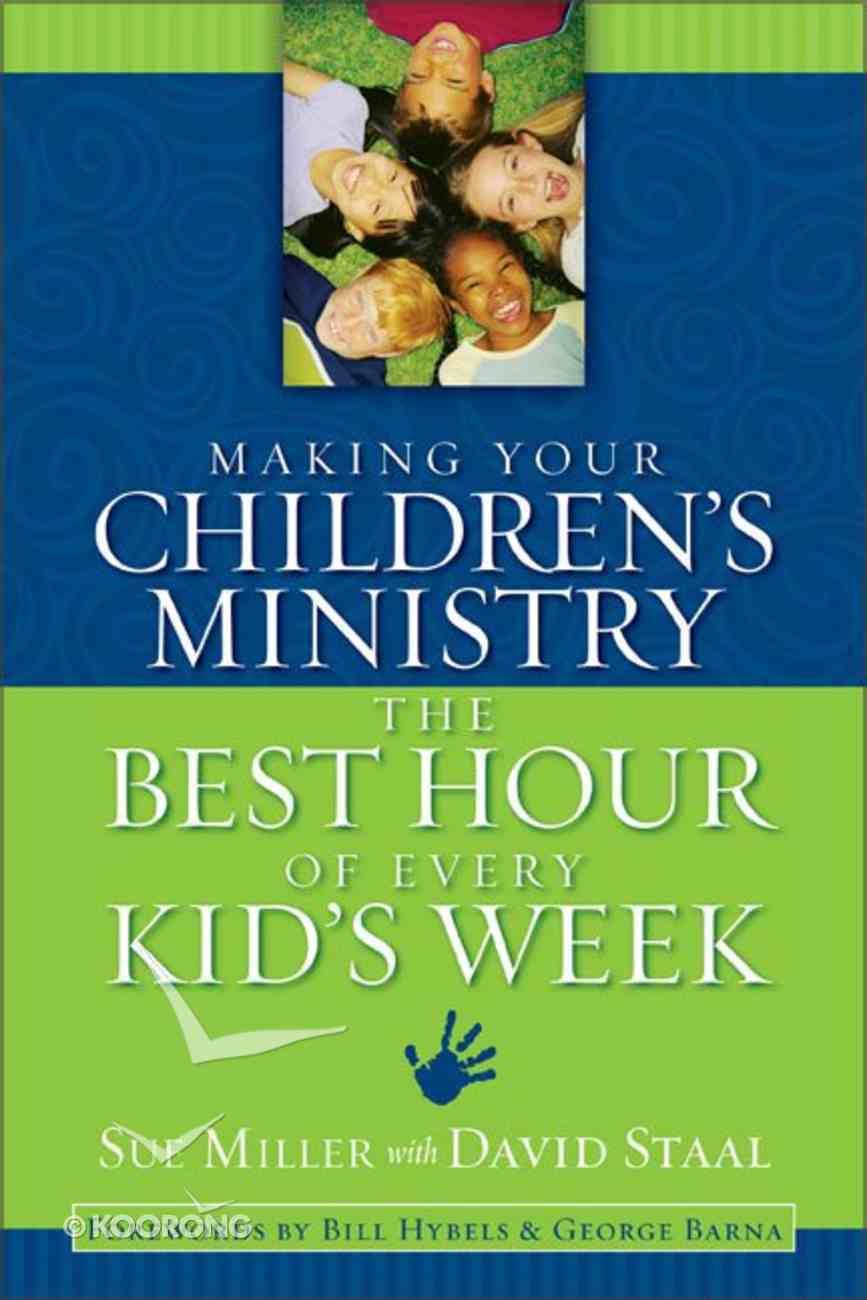 Making Your Children's Ministry the Best Hour of Every Kid's Week

9 available
Expected to ship within 6 hours from Australia.
Learn More
Free Shipping
for orders over $99.

Listening to Children on the Spiritual Journey
Catherine Stonehouse, Scottie May
eBook

This book provides the foundation for any church to develop a thriving children's ministry by giving step-by-step guidance and creative application exercises based on Willow Creek's successful Promiseland ministry and other successful children's ministries from around the world.
- Publisher.

Promiseland is Willow Creek's highly successful children's ministry. Using examples from Promiseland and churches of all sizes around the country, this book provides step by step guidance and creative application exercises to help churches develop a thriving children's ministry--one that strives to be the best hour of every kid's week. Included are Scripture-based principles and practical resources for church staff members and volunteers who agree with the critical role children's ministry plays in a local church.Making Your Children's Ministry the Best Hour of Every Kid's Week, based on twenty-eight years of experience at Willow Creek, explains four ministry foundations: Mission, Vision, Values, and Strategy.Content includes: Detailed answers to questions facing every children's ministry: -What does Jesus expect from children's ministry?-How can we evangelize lost kids and disciple saved kids at the same time, and should we?-How do we engage kids so they don't become bored?-How do we
-Publisher

Sue Miller, 1943 - Writer Sue Miller was born November 29, 1943 and grew up in Chicago, Illinois with a father who was a minister. She received a B.A. from Radcliffe College in 1964. She has one child from her first marriage and married Doug Bauer, a writer, in the mid 1980's. Miller was a high school teacher, a cocktail waitress and a model before becoming a full time mother. Soon after the birth of her child, she divorced her first husband. Afterwards, she founded the Harvard Day Care Centers and worked as a preschool teacher. At the age of 35, she began writing after joining a writing workshop. Miller's first novel "The Good Mother" (1986), which is about a divorced woman caught up in a fierce custody battle, was on the bestsellers list for six months. The next novel was "Family Pictures" (1990), and she continued to explore the struggles of domestic life by following with "For Love" (1993) and "The Distinguished Guest" (1995), which also includes racial issues. "While I Was Gone" (1999) examines the feelings a woman has towards her husband and another man and covers infidelity, the family dynamics, and forgiveness. She also has a short story collection titled "Inventing the Abbotts and Other Stories" (1987). Miller has had several movie adaptations of her books that include "The Good Mother" (1988), which was directed by Leonard Nimoy and starred Diane Keaton and Liam Neeson; "Family Pictures" (1993), which starred Anjelica Houston and Sam Neill; and "Inventing the Abbotts" (1997), which starred Liv Tyler.

David Staal serves as the president of Kids Hope USA, a national non-profit organization that partners local churches with elementary schools to provide mentors for at-risk students. Prior to this assignment, David led Promiseland, the children's ministry at Willow Creek Community Church in Barrington, Illinois. Other leadership roles he held at Willow Creek include director of communications and director of children's ministry for the Willow Creek Association. David authored Word Kids Need to Hear (2008), Leading Your Child to Jesus and Leading Kids to Jesus (2006), and Making Your Children's