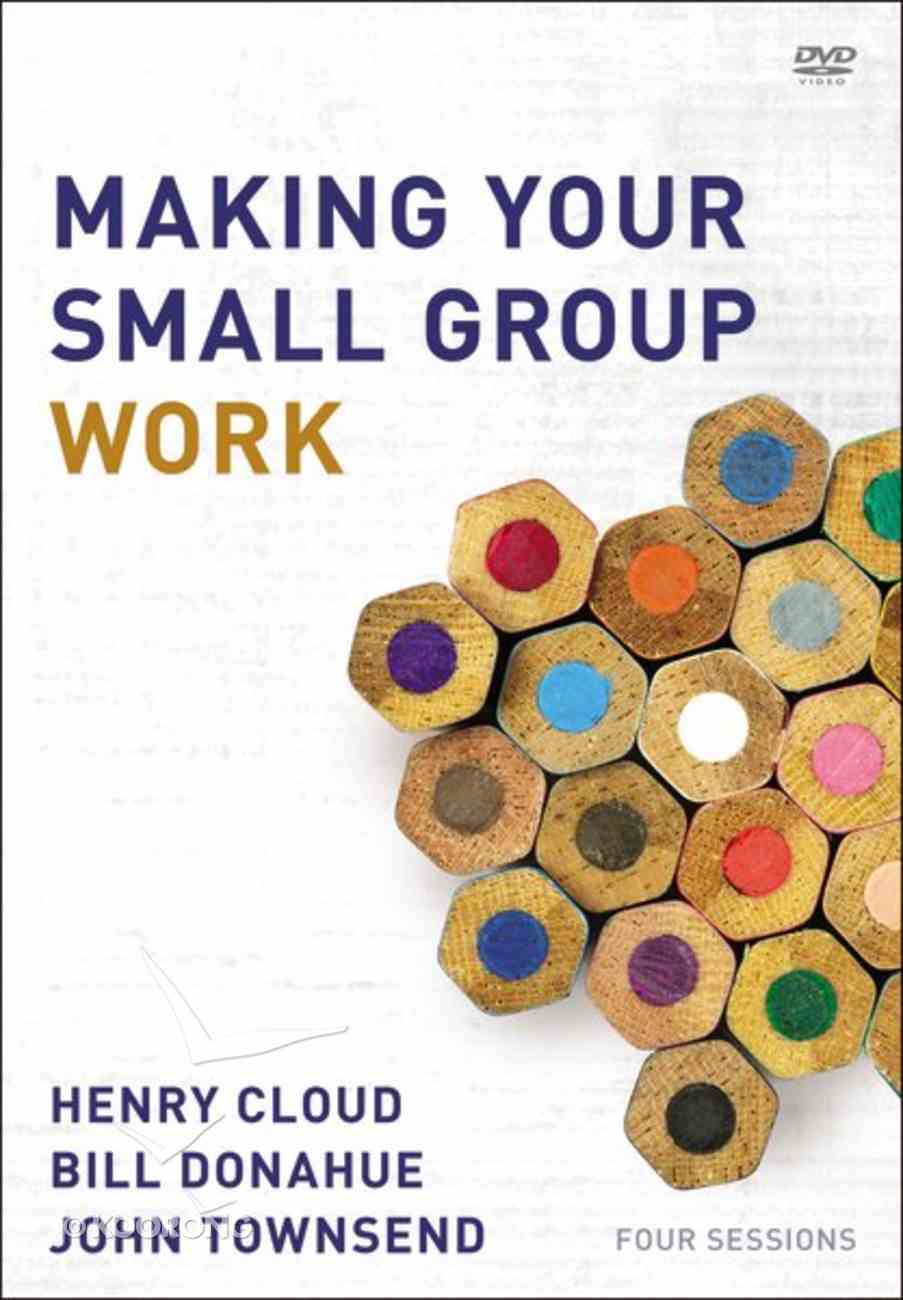 In Making Small Groups Work , Cloud, Donahue, and Townsend provide four sixty-minute sessions to train leaders and group members in the foundational values and practices of becoming a life-changing community. The sessions include teaching by the authors, creative segments,...

Out of Print. Limited Availability
Expected to ship within 8 hours from Australia.
Learn More
Free Shipping
for orders over $99.

In Making Small Groups Work, Cloud, Donahue, and Townsend provide four sixty-minute sessions to train leaders and group members in the foundational values and practices of becoming a life-changing community. The sessions include teaching by the authors, creative segments, and activities and discussion time.

Session 1 provides a foundational experience that helps group members get excited about the adventure and life-changing power of small group life.

Session 3 unpacks each of the five key values through in-depth teaching and practical examples.

Session 4 transitions the group to running on its own, using a variety of exercises to help the group clarify what their focus will be, and what they want to do in their next meeting.

Making Small Groups Work helps leaders to create strong relationships and promote the kind of in-depth discussion that will help everyone grow in their spirituality.

Designed for use with the Making Your Small Groups Work Participant's Guide 9780310687450.

Dr. Bill Donahue (Ph.D., University of North Texas) is Executive Director of Small Group Ministries for the Willow Creek Association (WCA) and works with Willow Creek Community Church to train and develop small group leaders. The church has over 2,500 small groups and the WCA has over 12,000 member churches worldwide representing over 95 denominations in 27 countries.
He is the author of Leading Life-Changing Small Groups and coauthor of Building a Church of Small Groups, The 7 Deadly Sins of Small Group Ministry and Walking the Small Group Tightrope (all with Russ Robinson). With Greg Bowman he is the author of Coaching Life-Changing Leaders. He has also written In the Company of Jesus and the Jesus 101 small group study series (with Keri Wyatt Kent).