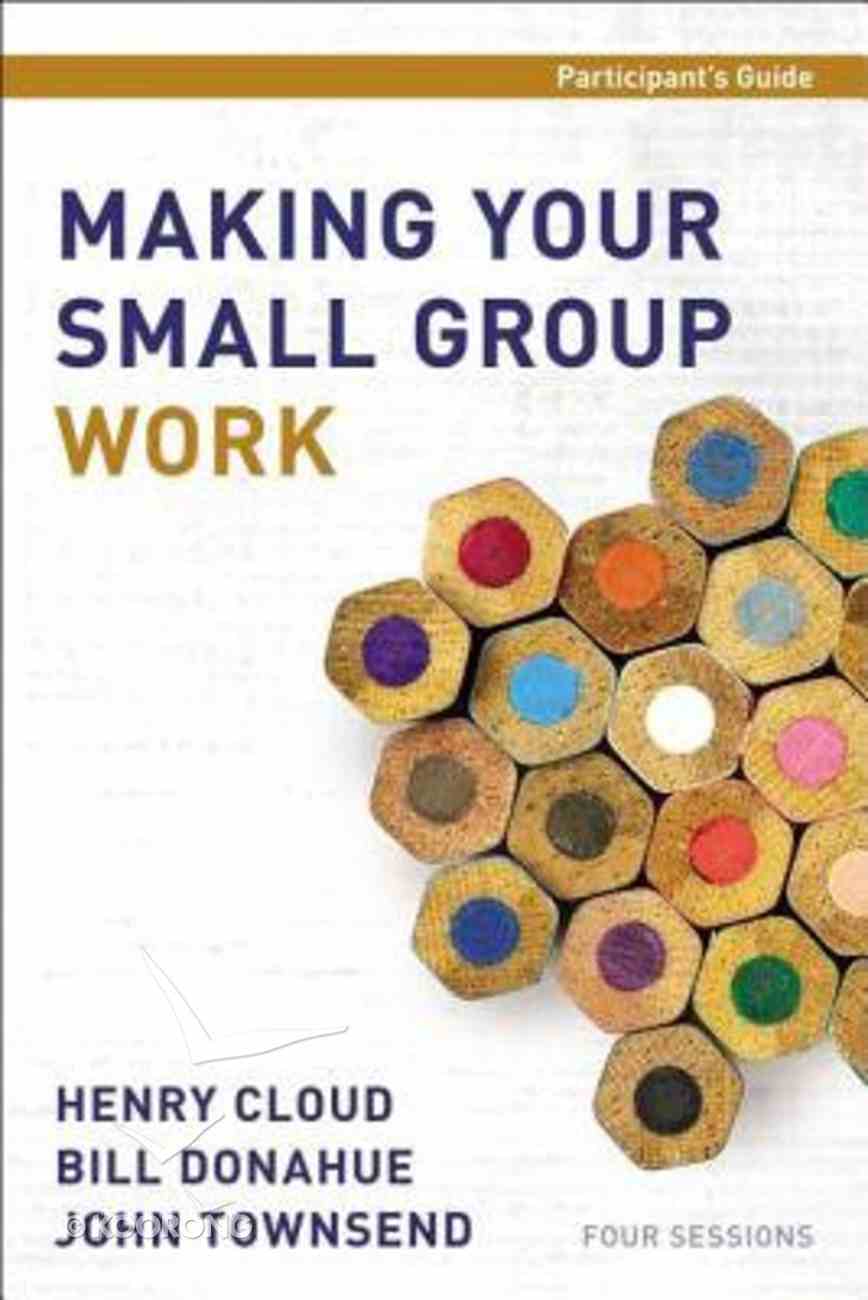 Whether you're a new or seasoned group leader, or whether your group is well-established or just getting started, the Making Your Small Group Work DVD and participant's guide (sold seperately) will lead you and your group together to a remarkable...

Whether you're a new or seasoned group leader, or whether your group is well-established or just getting started, the Making Your Small Group Work DVD and participant's guide (sold seperately) will lead you and your group together to a remarkable new closeness and effectiveness. Designed to foster healthy group interaction and facilitate maximum growth, this innovative approach equips both group leaders and members with essential skills and values for creating and sustaining truly life-changing small groups. Created by three group life experts, the two DVDs in this kit include: * Four sixty-minute sessions on the foundations of small groups that include teaching by the authors, creative segments, and activities and discussion time. * Thirteen five-minute coaching segments on topics such as active listening, personal sharing, giving and receiving feedback, prayer, calling out the best in others, and more. Formerly titled ReGroup.
-Publisher

Dr. Bill Donahue (Ph.D., University of North Texas) is Executive Director of Small Group Ministries for the Willow Creek Association (WCA) and works with Willow Creek Community Church to train and develop small group leaders. The church has over 2,500 small groups and the WCA has over 12,000 member churches worldwide representing over 95 denominations in 27 countries.
He is the author of Leading Life-Changing Small Groups and coauthor of Building a Church of Small Groups, The 7 Deadly Sins of Small Group Ministry and Walking the Small Group Tightrope (all with Russ Robinson). With Greg Bowman he is the author of Coaching Life-Changing Leaders. He has also written In the Company of Jesus and the Jesus 101 small group study series (with Keri Wyatt Kent).