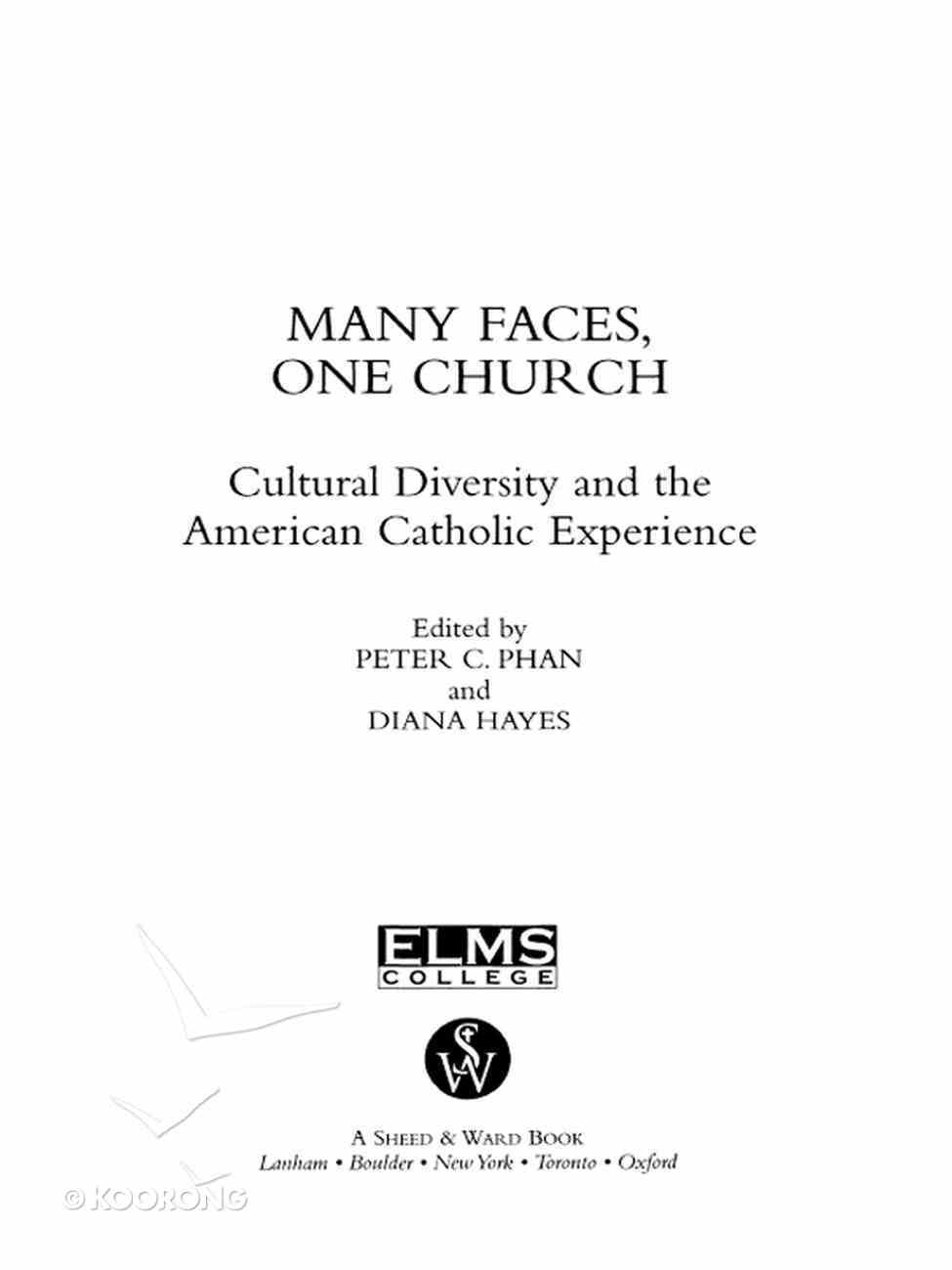 Many Faces, One Church

Many Faces, One Church: Cultural Diversity and the American Catholic Experience both captures and facilitates a seismic shift in the who, what, where, when, why, and how of Catholic theology today. Along with a diverse group of theologians who represent...

On the Priesthood
Matthew Levering
eBook

Many Faces, One Church: Cultural Diversity and the American Catholic Experience both captures and facilitates a seismic shift in the who, what, where, when, why, and how of Catholic theology today. Along with a diverse group of theologians who represent the many faces of the church, editors Peter C. Phan and Diana Hayes recast the story of the church in America by including immigrant groups either forgotten or ignored and, in light of these new and not-so-new voices, retooling the theological framework of Catholicism itself.

That the American Catholic Church is an "immigrant church" is not news. What is news, however, is how diverse the immigrant church really is and how much work there is to be done to include their voices in theological discourse and training. Beyond the German and Irish immigrants, what of other European immigrant groups such as the Italians, Poles, Lithuanians, Czechs, Slovaks, and Eastern-rite Catholics' Where are the stories of the older presence of native Mexican, Native American, and African-American Catholics in this country' And more recently, of Asian-American Catholics, especially the Chinese, the Japanese, and the Filipinos, of the nineteenth and early twentieth century' And more recently still, Catholic immigrants have come from El Salvador, Guatemala, Vietnam, Cambodia, Korea, India, and the Pacific Islands. What impact are these immigrants having on American society and religious groups'

Many Faces, One Church is a profound attempt to address these key questions and their implications for the Catholic way of being church, worshipping, and practicing theology. The result of three years of conferences sponsored by Elms College exploring the "new faces" of the American Catholic Church, this thoughtful collection highlights opportunities and challenges lying ahead as the American Church tries to respond to the continuing presence of new immigrants in its midst. Many Faces, One Church is a beginning of a long but exciting journey in which the strangers welc
-Publisher

Diana L. Hayes (J.D. George Washington National Law Center (Washington, D.C.); Ph.D., Catholic University of Louvain (Belgium) is Associate Professor of Systematic Theology at Georgetown University (D.C.). Among her many books are And Still We Rise: An Introduction to Black Liberation Theology (1996); Were You There? Stations of the Cross (2000) and Standing in the Shoes My Mother Made: A Womanist Spirituality. (2010)
Koorong - Editorial Review.

Reasoning From the Scriptures With Catholics
Ron Rhodes
eBook