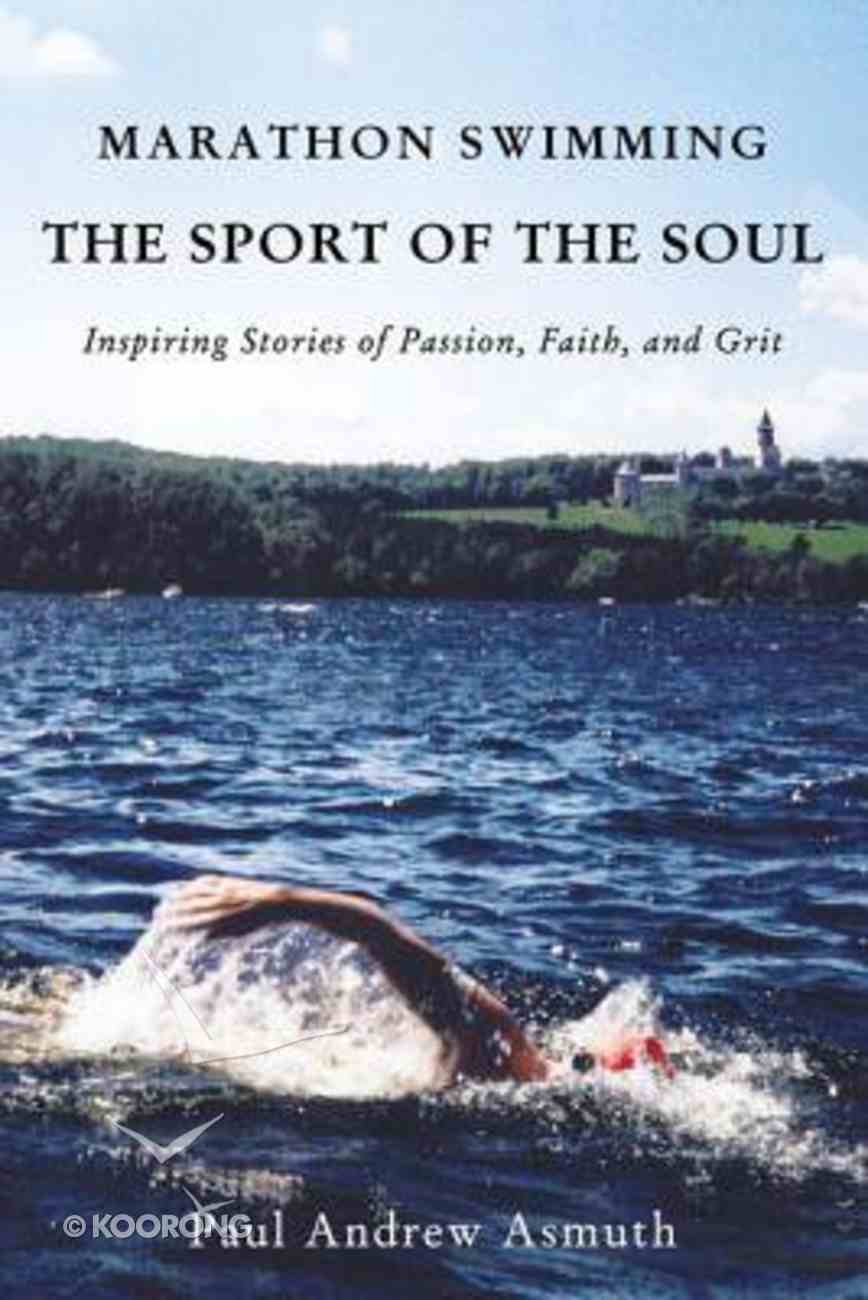 Marathon Swimming the Sport of the Soul: Inspiring Stories of Passion, Faith, and Grit

: When the plans and dreams of a young swimmer are shattered by the United States' boycott of the 1980 Olympic Games in Moscow, God opens the door of new opportunities. For Paul Asmuth, then 22, it is the end...

Heart of a Champion: True Stories of Character, Faith, and Courage From Today's Most Inspiring Athletes
Steve Riach
Paperback

:
When the plans and dreams of a young swimmer are shattered by the United States' boycott of the 1980 Olympic Games in Moscow, God opens the door of new opportunities. For Paul Asmuth, then 22, it is the end of an unfulfilled dream, and the beginning of another journey, this one remarkable and life-changing. Plunging into the astounding, grueling, hypnotic, and often oddly beautiful world of international marathon swimming competitions, Asmuth experiences both triumph and tragedy, and, in a process as long and punishing as the marathon swims themselves, slowly discovers the best of himself. If you care for resumes, Asmuth is one of the most successful marathon swimmers in history. In the sapphire seas off Italy, in the frigid lakes of Quebec, Canada, in the marshy back bays of New Jersey, in the questionable waters ringing Manhattan, swimming distances from twenty to forty miles, Asmuth emerged victorious, often to thunderous acclaim. After multiple victories at the twenty-six-mile swim across Quebec's Lac Memphremagog, up to 20,000 spectators would cheer and call him "le roi" (the king) of their lake. But true victory is not a matter of accolades or medals, and the stories that make a real difference unfold behind the headlines. Overcoming self-doubt, nausea, hypothermia, cruel tides and dark, watery shadows both real and imagined, Asmuth calls upon passion, iron-clad resolve, and steadfast faith to emerge a changed man, attaining success in its truest and most honest form. This success does not end when Asmuth retires from competing. Coming full circle, when he hangs up his swim suit, Paul takes the knowledge, lessons and examples he learned from his own experiences and some of the world's greatest coaches, and turns to helping others with their swimming dreams. His prayers to give back are answered by coaching opportunities at multiple World Championships and two Olympic Games, where marathon swimming is now a contested event. But this is not just the tale of a swimmer. Like any great story, Paul's transcends sport. By listening to the voice of faith and not of fear, new dreams are born, and God's plans are revealed.

Paul Andrew Asmuth is a marathon swimmer who won seven World Championship titles during the 1980s.nbsp; He was inducted into the International Marathon Swimming Hall of Fame in 1982 and the International Swimming Hall of Fame in 2010.nbsp; He set many world records around the world and later advised and coached the USA Open Water National Team at numerous World Championships and two Olympic Games.nbsp; Paul resides in St. Helena with his wife Marilyn, along with their dog and six chickens.