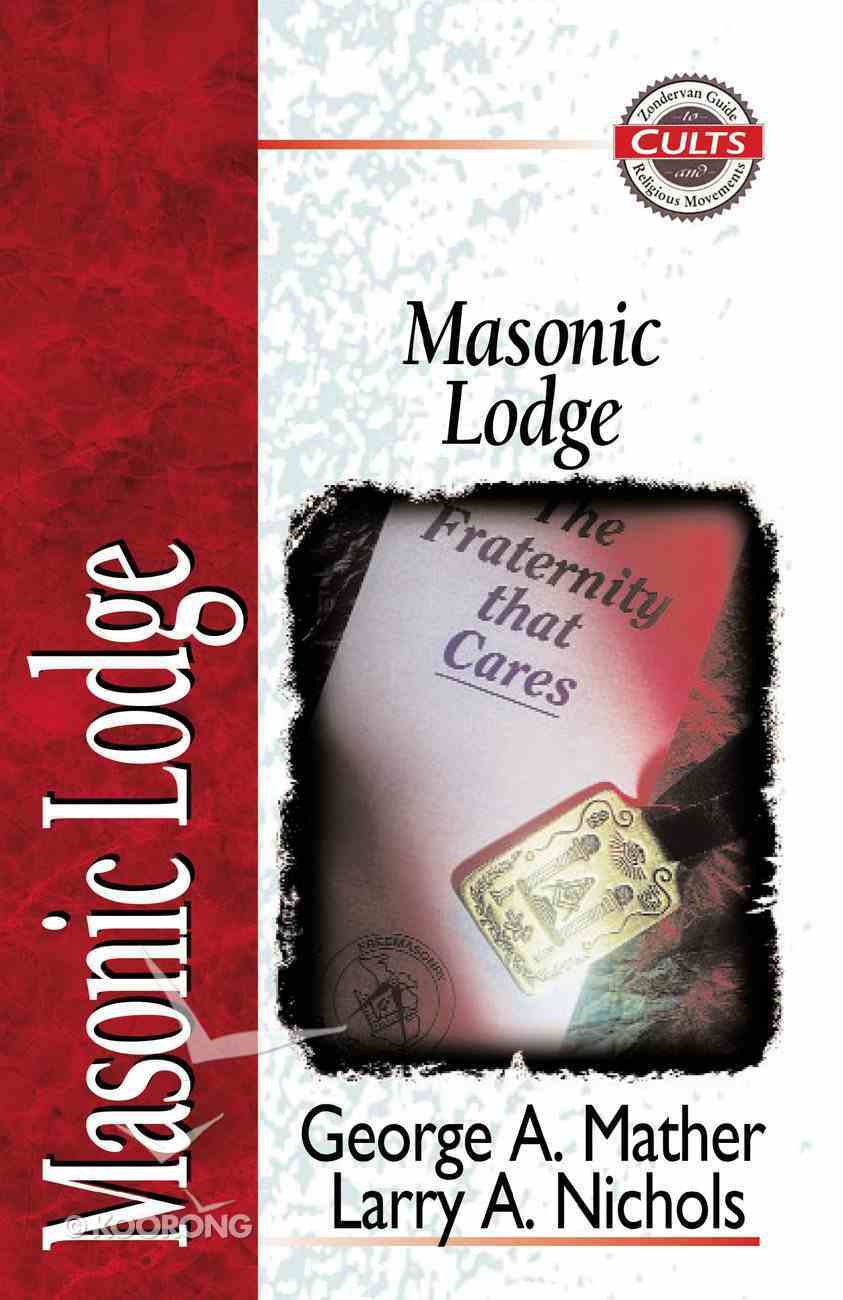 by George A Mather, Larry A Nichols
Paperback|Apr 1995
Product Rating: 0

George A Mather and Larry A Nichols Investigates the mysterious world of freemasonry, with itsancienttraditions,secretrituals,andseeminglyharmlessbeliefs.

It Isn't Free and It Isn't Masonry: A Doorway to Release From Freemasonry's Unseen Curses For Masons, Their Families and Descendants
Otto Bixler
Paperback

The Dark Secret of G.A.O.T.U (Great Architect Of The Universe)
Ana Mendez-ferrell
eBook

George A Mather and Larry A Nichols Investigates the mysterious world of freemasonry, with itsancienttraditions,secretrituals,andseeminglyharmlessbeliefs.

Many make the mistake of thinking because a thing is common, it is probably harmless. Masonic Temples are everywhere. Are the Masons just another "service organization"? Though their rites are secret, Masons assure others that their practices are totally compatible with Christianity. But there is an injunction to each Mason to practice "his particular religious creed, that revelation of the Deity which is recognized by his religion." What really goes on behind the Temple door? Here is a discerning, detailed response. -- Why this series? This is an age when countless groups and movements, old and new, mark the religious landscape in our culture, leaving many people confused or uncertain in their search for spiritual truth and meaning. Because few people have the time or opportunity to research these movements fully, these books provide essential information and insights for their spiritual journeys. Each book has five sections: - A concise introduction to the group - An overview of the
-Publisher

Dedicated to the loving memory of Harold T. Dodge,who was a past Massachusetts District Deputy Grand Masterand a 32nd Degree Consistory Order of the Eastern Star.More important, he was a loving father and faithfulhusband who now rests in Christ.Masonic LodgeCopyright 1995 by George A. Mather and Larry A. NicholsRequests for information should be addressed to:Zondervan, Grand Rapids, Michigan 49530Library of Congress Cataloging-in-Publication DataMather, George A.Masonic lodge / George A. Mather and Larry A. Nichols, authorsp. cm. - (Zondervan guide to cults and religious movements)Includes bibliographical references.ISBN 0-310-70421-9 (pbk.)1. Freemasonry - Controversial literature. I. Nichols, Larry A. II. Series:Zondervan guide to cults & religious movements.HS475.M38 1995366''.1 - dc20 94-29238CIPAll Scripture quotations, unless otherwise indicated, are taken from the Holy Bible: NewInternational Version. NIV. Copyright 1973, 1978, 1984 by International Bible Society.Used by permission of Zondervan Publishing House. All rights reserved.All rights reserved. No part of this publication may be reproduced, stored in a retrievalsystem, or transmitted in any form or by any means-electronic, mechanical, photocopy,recording, or any other-except for brief quotations in printed reviews, without the priorpermission of the publisher.Edited by Patti PicardiInterior design by Art JacobsPrinted in the United States of America95 96 97 98 99 00 /?DP/ 10 9 8 7 6 5 4 3 2 1Part I:IntroductionI. Historical BackgroundA. The Problem of Determining the Origin of Freemasonry1. The history of the Masonic Lodge (also known as Freemasonry) is noteasy to recount.According to Dr. Alvin Schmidt, one of the world''s leading scholars onfraternal organizations, Freemasonry officially began in London,England in 1717 at the Goose and Gridiron Tavern. This conclusionis supported by the consensus of scholars and historians.2. Despite this scholarly consensus, the origin has been disputed bymembers of the craft itself, who claim various origins dating back tothe creation of humankind.B. Spurious Masonic Accounts of Their History1. The Masons claim ancient roots as a way of lending credibility andstature to their organization.a. Some well-known accounts(1) Freemasonry dates back to the time of Adam and Eve, and thefig leaves (Gen. 3:7) were actually the first Masonic "aprons"(aprons are used in initiatory ceremonies in Freemasonry).(2) Freemasonry dates back to the time of Solomon who employedstone masons to construct the temple in Jerusalem.b. Other unsubstantiated claims(1) Freemasonry is tied to the builders of the Tower of Babel, or thestory of Noah, or the account of the life of the biblical Seth.(2) Masons are the descendants of the Knights Templar.(3) The Masonic edition of the Bible claims yet another link to antiquitywhen it states: "It is admitted that Freemasonry is descendentfrom the ancient mysteries. These were firstarranged when the constellation Leo was at the Summer Solstice.Thus the antiquity of Freemasonry was written in thestarry heavens."2. It is not surprising that Freemasonry incorporates its own story intovarious stories from the ancient sourcebook of Jews and Christians,namely the Bible. Historically, Freemasonry was born and bred uponthe Christian soil of Western Europe after Christianity had been entrenchedthere for nearly eighteen centuries.C. True Origins of Freemasonry1. Historians trace the beginnings of the Lodge6 back to London,England in the year 1717; the earliest recorded minutes of a meetingdate back to 1723.2. Freemasonry encountered much opposition from the RomanCatholic Church due to its secretive nature, religious character, andrites. (Freemasonry was never recognized as a Christian institutioneven though it enjoins such common Christian elements as morality,citizenship, and good ethical conduct.)3. It was during this early period that James Anderson wrote hisConstitutions, which revised a fourteenth-century stonemason
-Publisher

George A. Mather is the pastor of Our Savior Lutheran Church in St. George, Utah, and is the coauthor of Encyclopedia Dictionary of Cults, Sects, and World Religions.

Larry A. Nichols is the pastor of Our Redeemer Evangelical Lutheran Church in Greenville, Rhode Island. He is coauthor of 'Masonic Lodge' in the Zondervan Guide to Cults and Religious Movements.

It Isn't Free and It Isn't Masonry: A Doorway to Release From Freemasonry's Unseen Curses For Masons, Their Families and Descendants
Otto Bixler
Paperback

The Dark Secret of G.A.O.T.U (Great Architect Of The Universe)
Ana Mendez-ferrell
eBook