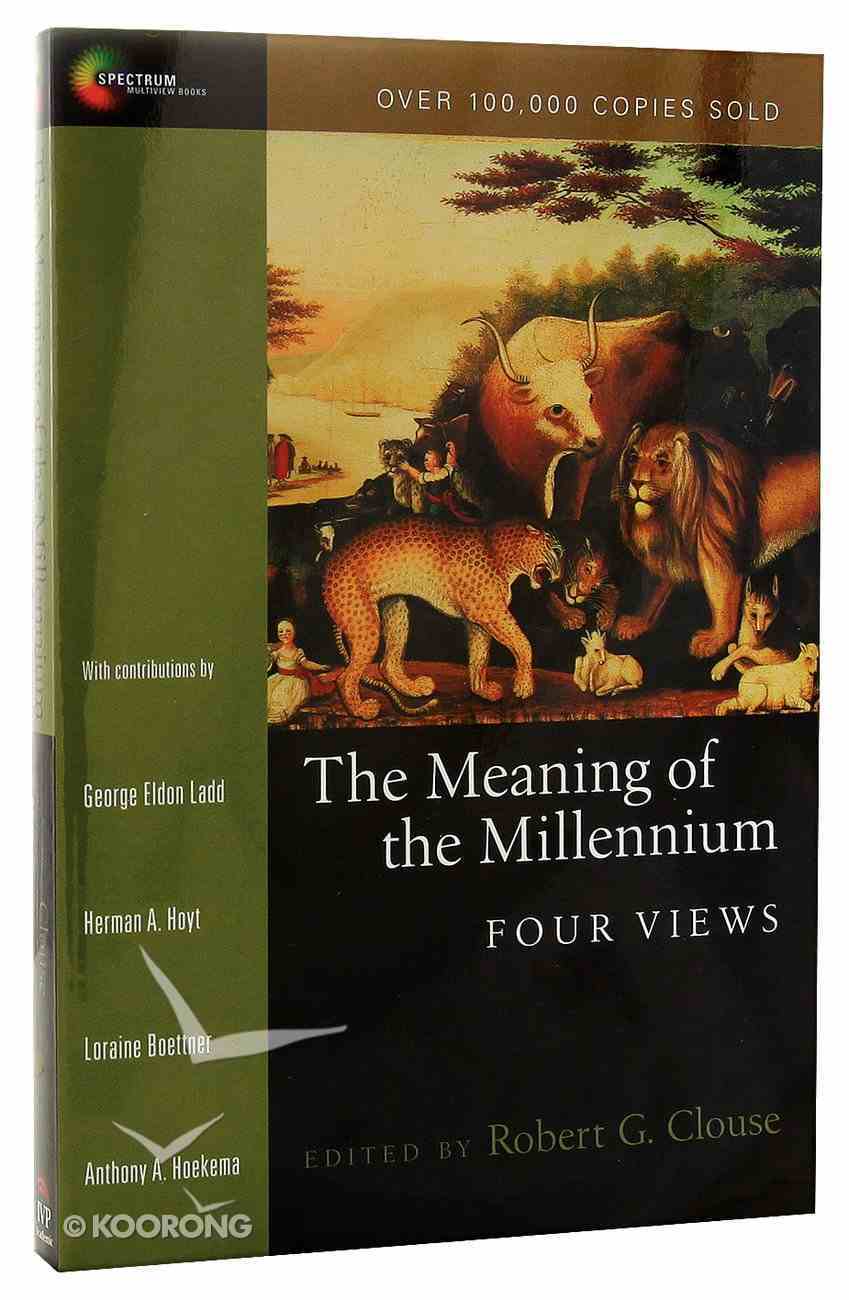 Meaning of the Millennium, The: Four Views (Spectrum Multiview Series)

Christ is coming again, but how and when will he return? What sort of kingdom will he establish? What is the meaning of the millennium? Here, the four major views: historic premillennialism, dispensational premillennialism, post-millennialism and amillennialism, are explained and compared by four of their leading proponents: Eldon Ladd, Herman Hoyt, Loraine Boettner and Anthony Hoekema. 220 pages, from IVP.

Christ is coming again.Since the first century, Christians have agreed that Christ will return. But since that time there have also been many disagreements. How will Christ return? When will he return? What sort of kingdom will he establish? What is the meaning of the millennium? These questions persist today.Four major views on the millennium have had both a long history and a host of Christian adherents. In this book Robert G. Clouse brings together proponents of each view: George Eldon Ladd on historic premillenniallism, Herman A. Hoyt on dispensational premillennialism, Loraine Boettner on post-millennialism and Anthony A. Hoekema on amillennialism.After each view is presented, proponents of the three competing views respond from their own perspectives. Here you'll encounter a lively and productive debate among respected Christian scholars that will help you gain clearer and deeper understanding of the different ways the church approaches the meaning of the millennium.
-Publisher

The Promise of the Future
Cornelius P Venema
Hardback