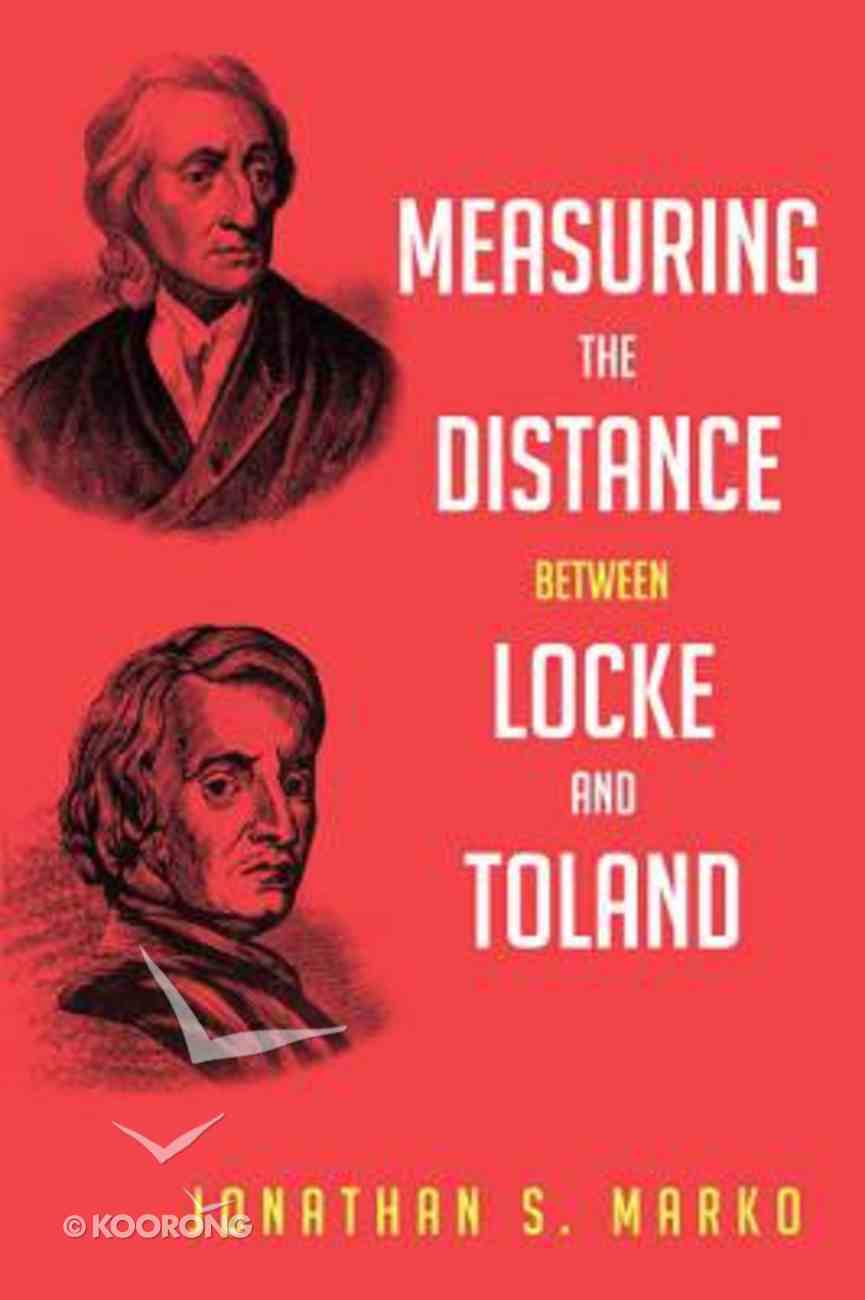 Measuring the Distance Between Locke and Toland: Reason, Revelation, and Rejection During the Locke-Stillingfleet Debate

Ever since Bishop Stillingfleet accused John Locke of having unwittingly paved the way with his Essay for the alleged heresy promulgated in John Toland's Christianity Not Mysterious, the latter two thinkers and works have been consistently joined in histories of...

Ever since Bishop Stillingfleet accused John Locke of having unwittingly paved the way with his Essay for the alleged heresy promulgated in John Toland's Christianity Not Mysterious, the latter two thinkers and works have been consistently joined in histories of philosophy covering the rise of natural religion in England. While scholars have generally thought that Locke got the better of the good bishop in their subsequent written exchanges initiated by the charge, they appear merely to assume that Stillingfleet correctly read Toland and that Locke accepts that reading. Perhaps the most obvious piece of evidence favoring that stance is that while Locke clearly admits ""above reason"" doctrines, Toland dismisses them: Christianity is not mysterious! It is curious, however, that Toland scholars readily point out many concepts that Toland used as being the same as or different from Lockean notions about which many Locke scholars are admittedly perplexed. Through patient exposition of relevant texts and letters, deconstruction of scholarly works, and careful reasoning, this book shows that Toland's deviations from Locke regarding reason and faith are far more minor than anyone has concluded. Stillingfleet was correct to connect them, but was incorrect in the way that he did it. ""This book is a fine example of 'revisionist' scholarship done properly. It is not a 'creative' or 'liberating' new interpretation, but an insightful re-reading of the primary texts and scholarly literature that is historically, philosophically, and theologically well informed."" --John W. Cooper, PhD, Professor of Philosophical Theology, Calvin Theological Seminary ""Jonathan Marko's Measuring the Distance between Locke and Toland provides new insight into the close relationship between Locke and Toland on the issue of reason and revelation, demonstrating greater proximity between their positions than has been previously argued. Beyond this, Marko's revisionist paradigm of the spectrum of opinion on reason and revelation illuminates our understanding of the wider debates of the era among traditionalists, Lockians, and deists--all in all a highly significant addition to the literature."" --Richard A. Muller, Senior Fellow, Junius Institute for Digital Reformation Research; P. J. Zondervan Professor of Historical Theology, Emeritus, Calvin Theological Seminary ""The story of the rise of deism often mentions connections between John Locke and John Toland, but those connections are not well understood. Scholarship on Toland, in particular, suffers from longstanding misinterpretations of his views. In this groundbreaking study, Marko provides insights into the thought of both Locke and Toland and sets both figures into their larger intellectual context."" --Ronald J. Feenstra, Academic Dean, Professor of Systematic and Philosophical Theology, Calvin Theological Seminary ""Marko states a clear thesis and proceeds to defend it by careful reasoning and accurate exposition of relevant texts. In the course of so doing he demolishes the fiction that Toland is simply 'Locke minus revelation,' and patiently expounds their writings, and those of Stillingfleet, with a view to showing how misreadings of Toland's relationship with Locke have arisen."" --Alan Sell Dr. Jonathan S. Marko is Assistant Professor of Philosophical and Systematic Theology at Cornerstone University in Grand Rapids, Michigan.
-Publisher