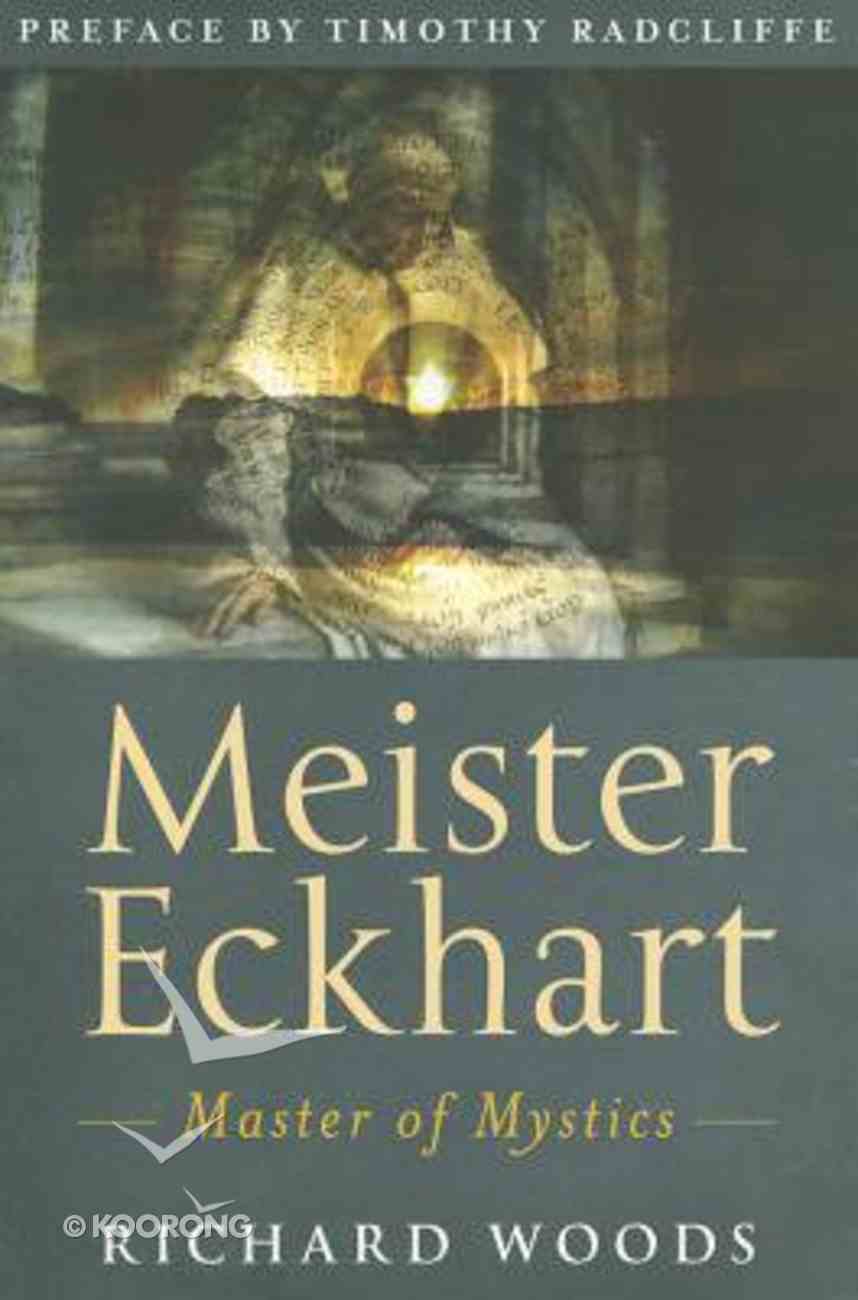 This title offers a clear exposition of important themes in Eckhart's spiritual teaching at a time of huge interest in mystical theology. During his life time, Eckhart was a thinker and teacher of huge influence. In the great Dominican tradition...

This title offers a clear exposition of important themes in Eckhart's spiritual teaching at a time of huge interest in mystical theology. During his life time, Eckhart was a thinker and teacher of huge influence. In the great Dominican tradition he was a man of extraordinary intellectual gifts but also a wise teacher of those interested in seriously exploring the call to personal holiness. But like many men and women of genius, he fell foul of the Church authorities who felt threatened by his originality and machinated to have him condemned. Richard Woods who is deeply in touch with the spiritual needs of people today believes that Eckhart's time has come once again and that he is more than ever a man for our times. The case he makes is entirely convincing and relates not just to intellectual interests but to the problems of human, physical and mental suffering.
-Publisher

Timothy Radcliffe introduces this masterly short guide to Eckhart's mystical teaching - perfectly pitched for those interested in spirituality and theology.

The fruit of more than ten years of reflection,Meister Eckhart: Master of Mysticsexplores a set of related themes bridging Eckhart's medieval world and our own turbulent times - women's role in spirituality and church life, global climate change and the sacredness of Creation, the meaning of detachment, the blind alleys of spiritual 'technology', the meaning of contemplation and the place of prayer, Eckhart's views on art and spirituality, his daring insights into the challenges of pain and suffering, and Eckhart's relevance for wider and deeper encounter among world religions. Other chapters investigate Eckhart's wide-ranging sources and his revolutionary approach to the redeeming mission of Jesus Christ.

Richard Woods is a Dominican priest who has taught in universities for thirty-seven years in both the United States and England. He also edited a journal of spirituality (Spirituality Today) and has been Adjunct Associate Professor in Psychiatry at Loyola University Medical School in Chicago since 1981.

A Method For Prayer: Freedom in the Face of God
Matthew Henry
Paperback