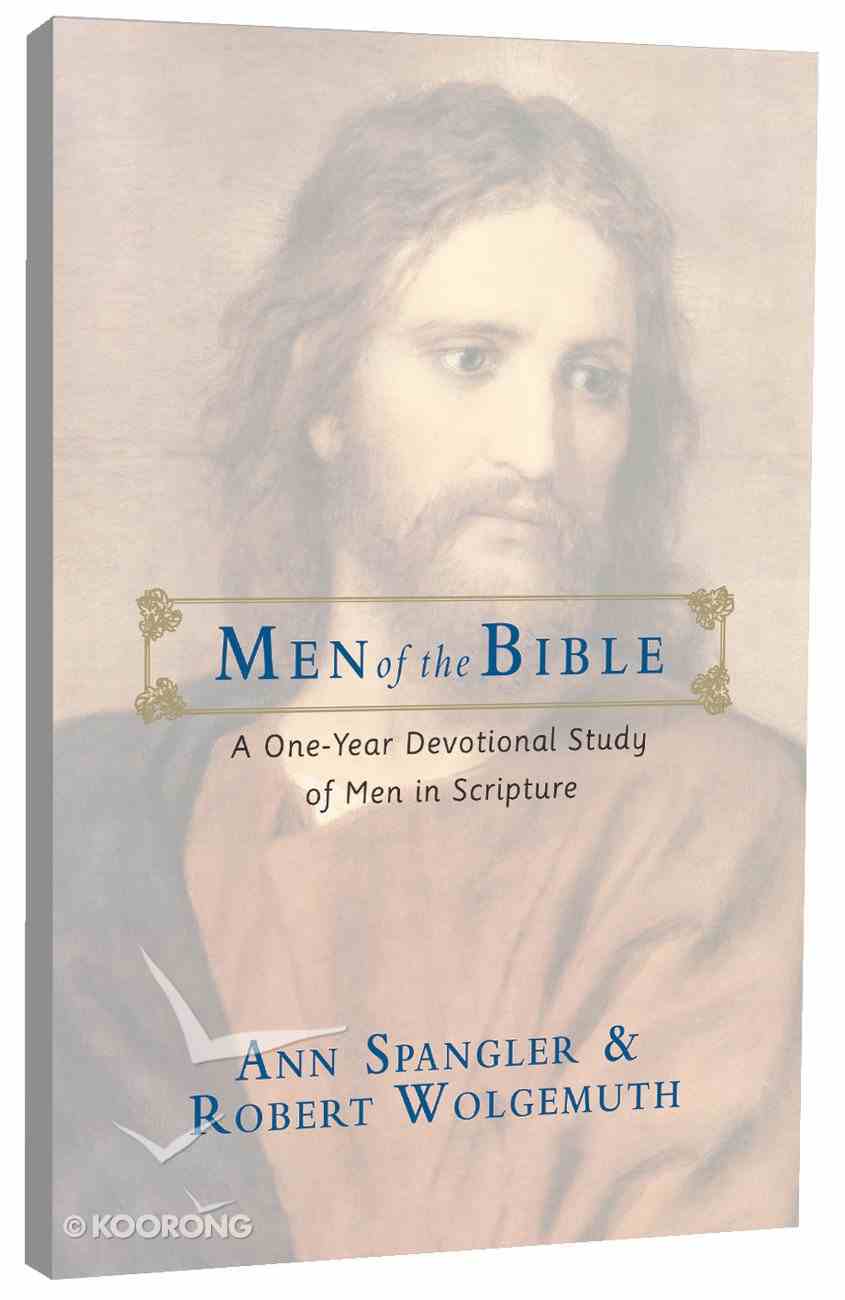 Men of the Bible

Men of the Bible offers both men and women a fresh way to read and understand the Bible---through the eyes and hearts of the men whose stories unfold in its pages. This unique book takes a close-up look at fifty-two...

Men of the Bible Devotional: Insights From the Warriors, Wimps, and Wise Guys
Paperback

Men of the Bible offers both men and women a fresh way to read and understand the Bible---through the eyes and hearts of the men whose stories unfold in its pages. This unique book takes a close-up look at fifty-two men in Scripture---complex flesh-and-blood characters whose strengths and weaknesses will seem strangely similar to your own. Heroes and villains, sinners and prophets, commoners and kings ... their dramatic life stories provide you with a fresh perspective on the unfolding story of redemption. Though our culture differs vastly from theirs, the fundamental issues we face in relation to God and the world remain the same. We still reach for great dreams and selfish ambitions. We wrestle with fear and indecision, struggle with sexual temptation, and experience the ache of loneliness and the devastation of betrayal. And, like many of these men, we long to walk more closely with the God who calls us into an intimate relationship with himself and who enables us to fulfill his purpose for our lives. Men of the Bible offers men and women today a unique devotional experience that combines five elements. Each week becomes a personal retreat focused on the life of a particular man: Monday: His Story---a narrative retelling of the biblical story Tuesday: A Look at the Man---focusing on the heart of the man and how his story connects with your own life Wednesday: His Legacy in Scripture---a Bible study on principles revealed through the life of the man Thursday: His Legacy of Promise---Bible promises that apply to his life and yours Friday: His Legacy of Prayer---praying in light of his story Designed for personal prayer and study or for use in small groups, Men of the Bible will help you make Bible reading a daily habit. Whether you dip into portions or read every page, this book will help you grow in character, wisdom, and obedience as a person after God's own heart.
-Publisher

Ann Spangler is the author of many bestselling books, including Praying the Names of God, Praying the Names of Jesus, and Women of the Bible (with Jean Syswerda). An award-winning author, Ann's books appeal to a broad spectrum of readers interested in honestly exploring the connection between spiritual experience and everyday life. She and her two daughters live in Grand Rapids, Michigan.

Wolgemuth is a popular lay Bible teacher, speaker, and best-selling author. His seventeen books include Men of the Bible, The Most Important Year in a Man's Life and The Most Important Place on Earth which he has taught to Sunday school classes for over 30 years.- Publisher.

God's Playbook For Dads: Bible Wisdom For Fathers From the Greatest Coach of All Time
Quentin Guy
Paperback