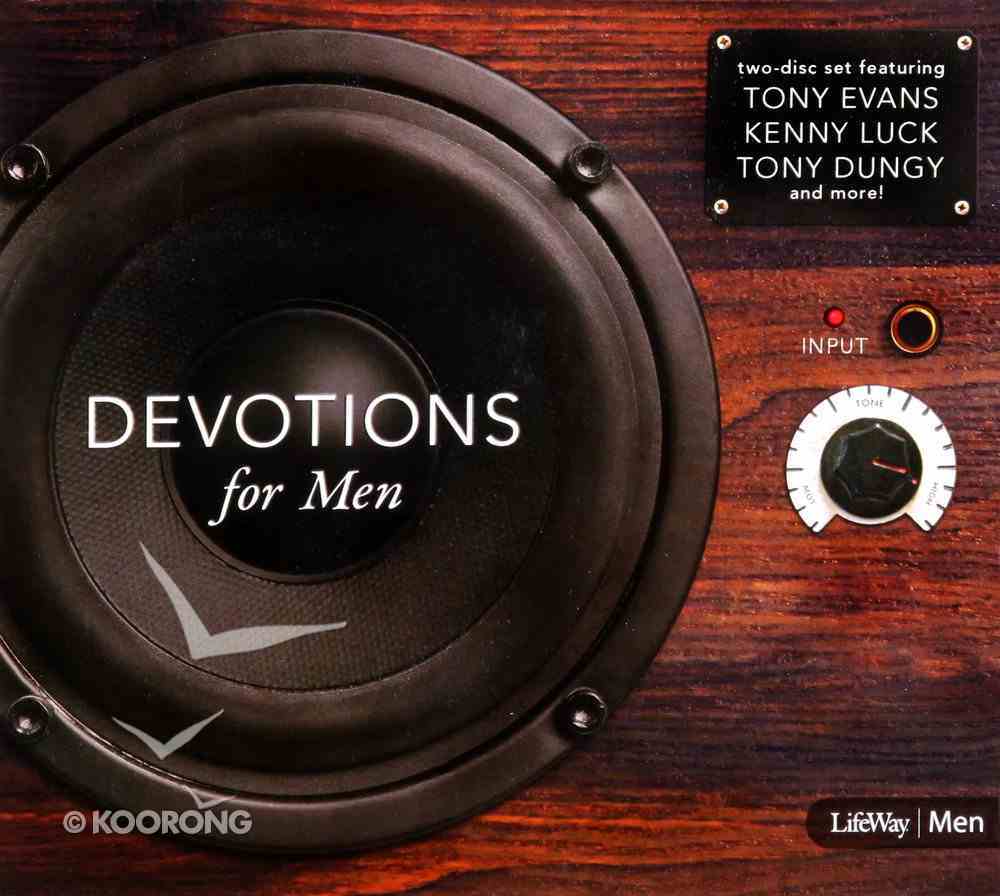 :Devotions for Men - Audio CDs?is a 2-CD collection of devotions offering biblical wisdom and encouragement from leading LifeWay men's authors. Crafted from selected LifeWay Men's Bible studies it's ideal for use when there isn't enough time for concentrated reading...

I'm Not Okay/ is It Just Me
Ken Davis
eAudio

:Devotions for Men - Audio CDs?is a 2-CD collection of devotions offering biblical wisdom and encouragement from leading LifeWay men's authors. Crafted from selected LifeWay Men's Bible studies it's ideal for use when there isn't enough time for concentrated reading or in-depth Bible study. Men can listen while you're commuting to work, exercising, completing the honey-do list?anytime they need a little extra wisdom and encouragement for the challenges they face as men. The 12 segments average 10 minutes in length. Authors and subjects include: Tony Evans?Wanted: Kingdom Men, Eric Mason?Becoming a Man of Vision, Kenny Luck?Soaring with the Spirit, Tony Evans?Finding Your Purpose, Kenny Luck?The Enemy's Game Plan, Tierce Green?Battling Idols in Your Life, Kenny Luck?Maintaining Sexual Integrity, John Bryson?Healing from Past Wounds, Eric Mason?Becoming Your Family's Spiritual Leader, Kenny Luck?Connecting with Your Wife, Tony Dungy and Mark Merrill?Setting an Example as a Dad, John Croyle?Be a Giant.
-Publisher

Tony Evans is the senior pastor of Oak Cliff Bible Fellowship Church in Dallas, and president of The Urban Alternative, a ministry devoted to bringing about change in urban communities through the Church. He is the author of many books, including Free at Last, The Battle is the Lord's, Our God Is Awesome, Returning to Your First Love, The Promise, Who is this King of Glory? What Matters Most, and The Best Is Yet To Come.- Publisher.

Tony Dungy and his wife Lauren Dungy are active members of a number of family, faith, and community-based organizations including All Pro Dad, iMom, Fellowship of Chrstian Athletes, Mentors for Life, Family First, Big Brothers Big Sisters of America, and the Boys and Girls Club of America. Tony is a former NFL player and retired head coach of the 2006 Superbowl Champions, the Indianapolis Colts of the National Football League. C

John Croyle is a graduate of the University of Alabama, an All-American football star, and founder of the Big Oak Ranch. His story has been featured in "Focus on the Family, "People, "Reader's Digest, and "Sports Illustrated, and he has made guest appearances on ABC Sports "Half-Time Report, "CNN News, NBC's "Today, Robert Schuller's "Hour of Power, and "The "700 Club. He lives near Gadsden, Alabama.ý

Bible in One Year: The a Commentary By Nicky Gumbel (Unabridged, 6 Cds)
Nicky Gumbel
CD