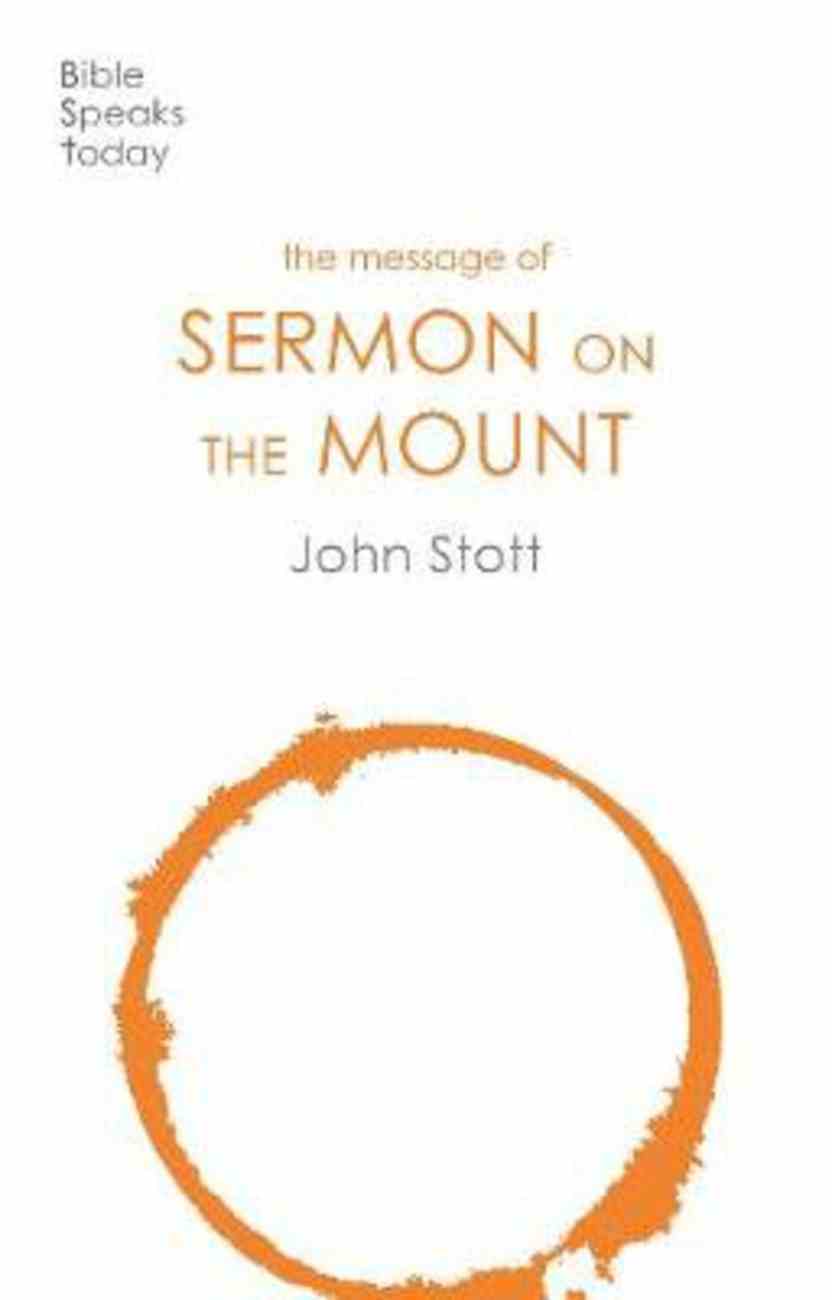 Message of the Sermon on the Mount, The: Christian Counter-Culture (Bible Speaks Today Series)

Message of the Sermon on the Mount, The: Christian Counter-Culture (Bible Speaks Today Series)