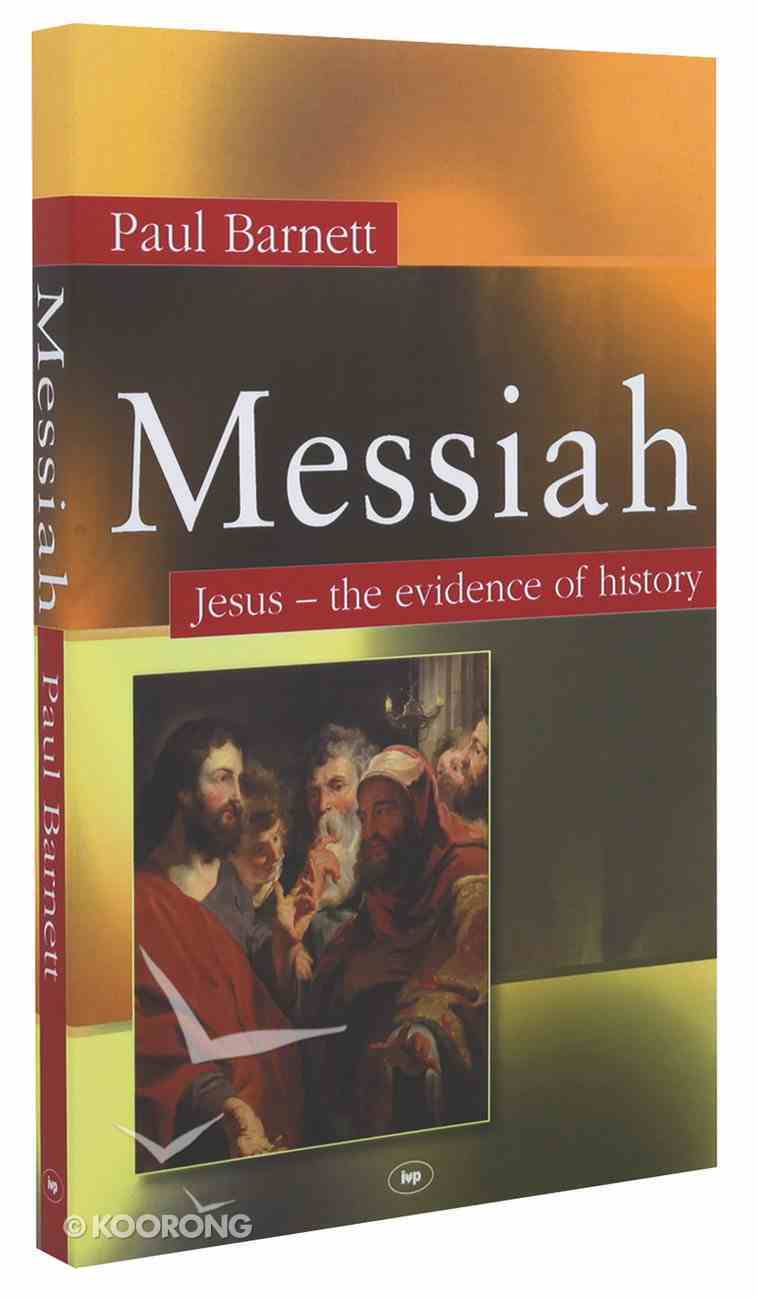 Messiah: Jesus - the Evidence of History

Since Jesus lived so long ago, we assume that we know little about his life story. In fact, we know more about him than many famous people closer to our own time. We have twenty-seven New Testament texts focused on...

3 available
Expected to ship within 12 hours from Australia.
Learn More
Free Shipping
for orders over $99.

Paul in Syria: The Background to Galatians
Paul Barnett
Paperback

A Short Book About Jesus: The Man From Heaven
Paul Barnett
Paperback

Since Jesus lived so long ago, we assume that we know little about his life story. In fact, we know more about him than many famous people closer to our own time. We have twenty-seven New Testament texts focused on him written by nine different authors; and, although hostile to him, non-Christian writers from the same era corroborate the basic facts about Jesus and the character of early Christianity.
^The first Christians worshipped Jesus the exalted Messiah as a divinity, as witnessed by Pliny's observation that they sang hymns to Christ 'as if to a god' - and yet many dismiss the pre-crucifixion Jesus as something infinitely less, a mere rabbi or prophet.


^^In response, Paul Barnett offers this accessible exploration of Jesus as Messiah, beginning with a survey of Old Testament prophecies and then working through Messiah's birth, mission, message, miracles, resurrection, etc. in the New Testament.


^^Barnett demonstrates that, as Messiah, Jesus is the centre of the Bible's story, which is the story of God's salvation of the human race. As the fulfilment of the promises in the Old Testament, the Messiah is the end of the beginning. At the same time, as the herald and inaugurator of the kingdom of God, he is the beginning of the end. So Messiah is the centre of all things that matter, both for humanity and for individuals.
-Publisher.


This Item Is In The Following Kit