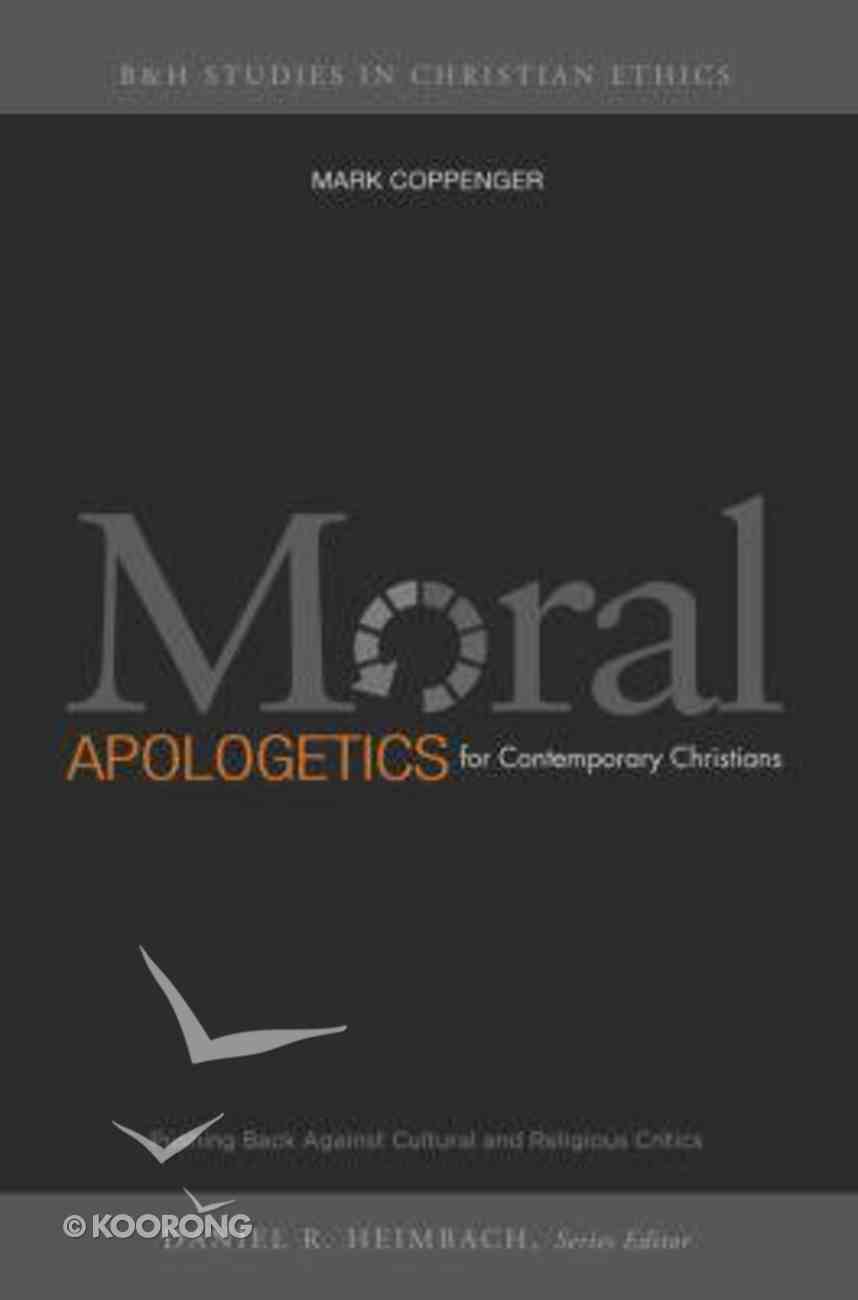 Have Christians grown accustomed to those who defame the Church? Whether it's a best-selling author who claims "religion poisons everything" or an atheist comedian whose punch lines aren't hassled by the burden of proof, foes of the faith continue to...

Have Christians grown accustomed to those who defame the Church? Whether it's a best-selling author who claims "religion poisons everything" or an atheist comedian whose punch lines aren't hassled by the burden of proof, foes of the faith continue to declare Christianity morally deficient without much resistance.

InMoral Apologetics for ContemporaryChristians, Mark Coppenger mixes compelling references-from classic philosophers to modern entertainers-to reasonably push back against both harsh critics and less intense cultural relativists, contending that Christianity is morally superior to its competitors as well as true.

Coppenger doesn't avoid uncomfortable realities like the misbehavior of many Christians and false teachers, but he sets the book's course in defense of his faith with evidence that a Christian approach to life makes people and societies flourish, while those who turn their backs on genuine Christianity are more liable to behave wickedly.

"I hope to help replenish our cultural confidence," he writes. "We have a great moral story to tell, and it surely points to the Author of Light and Life."

"I wish every Christian could have the opportunity of sitting in Mark Coppenger's classroom-a place of constant intellectual exchange, all aimed at developing a consistently biblical worldview. Well, reading this book is as close as many Christians may ever get to sitting in that classroom, but it is an experience not to be missed. This book is a tour de force of apologetic thought, revealing ethical issues to be apologetic opportunities. Fascinating on every page . . . get ready for a guided tour through contemporary culture and Christian apologetics."

"Mark Coppenger is not only the author of a strategy for doing moral  apologetics, he is a skilled practioner. As a seminary professor, church planter, soldier, and world traveler who has never met a
stranger, Mark's method has been tested in the laboratory of personal experience from New York City to Jakarta and from Toronto to Rio de Janero."

"Pascal noted that 'the heart has reasons that reason cannot know.' Mark Coppenger in his extraordinary book realizes the mind has positions the brain cannot fathom. Here in poignant argumentation is the case for faith and the natural state of morality. His explanations are breathtakingly persuasive regardless of your religious conviction."

"Mark Coppenger has rendered a great service to the Christian church in the 21st Century.Moral Apologeticsis a special gift to all of those faithful Christians who believe that Christianity brings new life to the mind as well as to the soul.Moral Apologeticsshould be added to every thinking Christian's bookshelf."