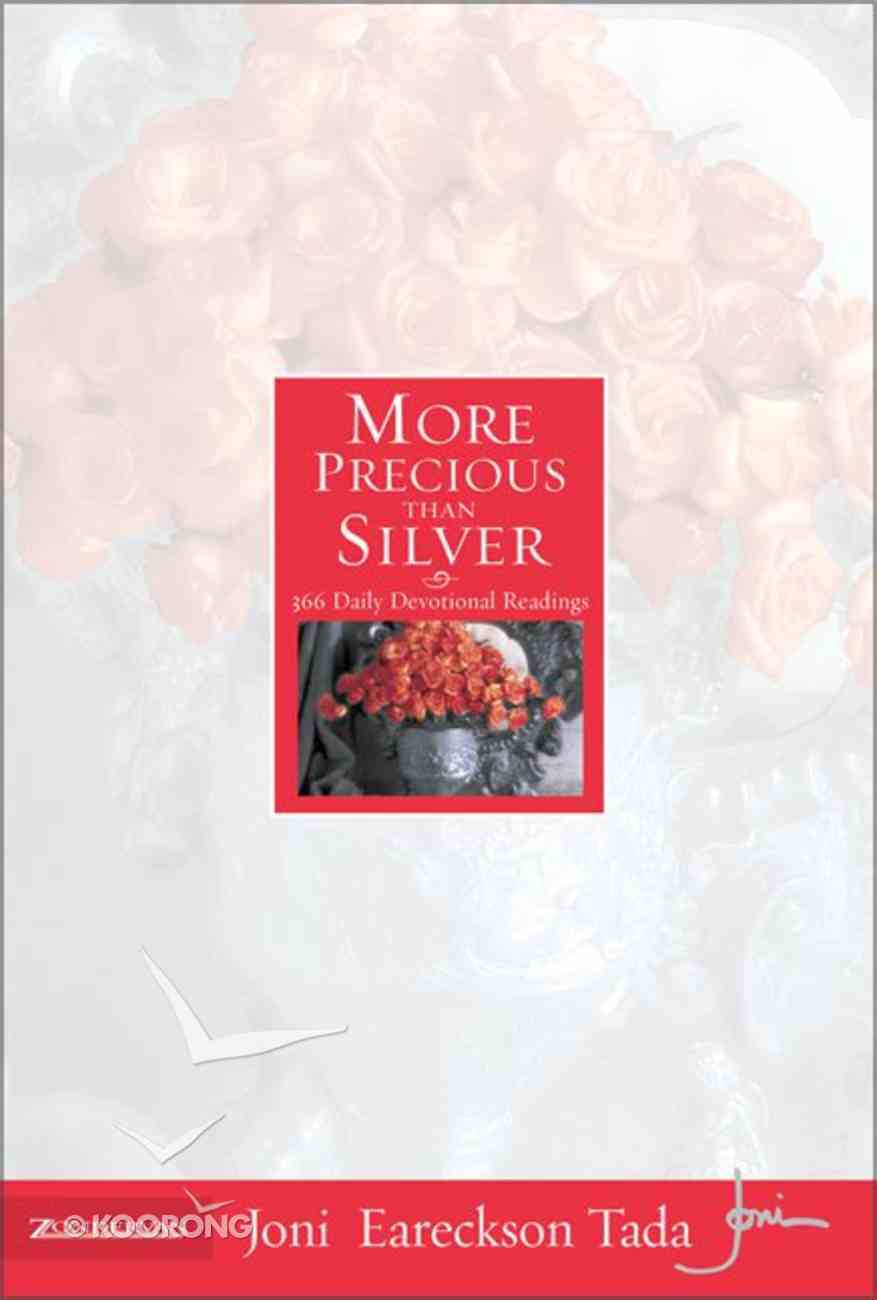 In the tradition of DIAMONDS IN THE DUST, this collection of 366 daily devotions is written by a woman who has experienced firsthand God's faithfulness in the midst of difficulties. These fresh meditations read like silver - cool and fast,...

More Power to You: Declarations to Break Free From Shame and Take Back Your Life
Margaret Feinberg
Hardback

In the tradition of DIAMONDS IN THE DUST, this collection of 366 daily devotions is written by a woman who has experienced firsthand God's faithfulness in the midst of difficulties. These fresh meditations read like silver - cool and fast, pure and deep. From Zonderva

This is a beautifully presented 366-day devotional in the style and content of Joni's best-selling book of devotions, Diamonds in the Dust. Includes photos and illustrations by Joni.
-Publisher

Most people prefer things golden, says Joni Eareckson Tada. But purity and silver go together best when it comes to describing God's Word. Psalm 12:6 says, "The words of the Lord are flawless, like silver refined in a furnace . . . purified seven times." And this refined silver of God's Word has the ability, when applied by faith, to cleanse the reader of his or her sin. In God's eyes, the real treasure lies not in the golden glitter of outward appearance, but in a heart that's been purified through constant contact with the silver of his Word. In the tradition of Joni's best-selling devotional, Diamonds in the Dust, comes More Precious than Silver. Written by a woman who has known firsthand God's faithfulness in the midst of difficulties, these freshly minted meditations read like silver: cool and fast, pure and deep. Allow them to touch and transform your soul, revealing the richness and purity of God's ways in everyday events. "Have fun wearing a new piece of silver each day," says Joni. "And remember, when you come in touch with silver, refined and pure, your heart can't help but be changed." Featuring Joni's own beautiful line drawings, More Precious than Silver will open your eyes to a wider, fuller vista of the Christian life.
-Publisher

"More Precious Than Silver" continues in the tradition of "Diamonds in the Dust", Joni Eareckson Tada's bestselling book with 150,000 copies in print. Today she has new wisdom to share--insights gained through added years of living each day in God's Word. Illustrations.
-Publisher