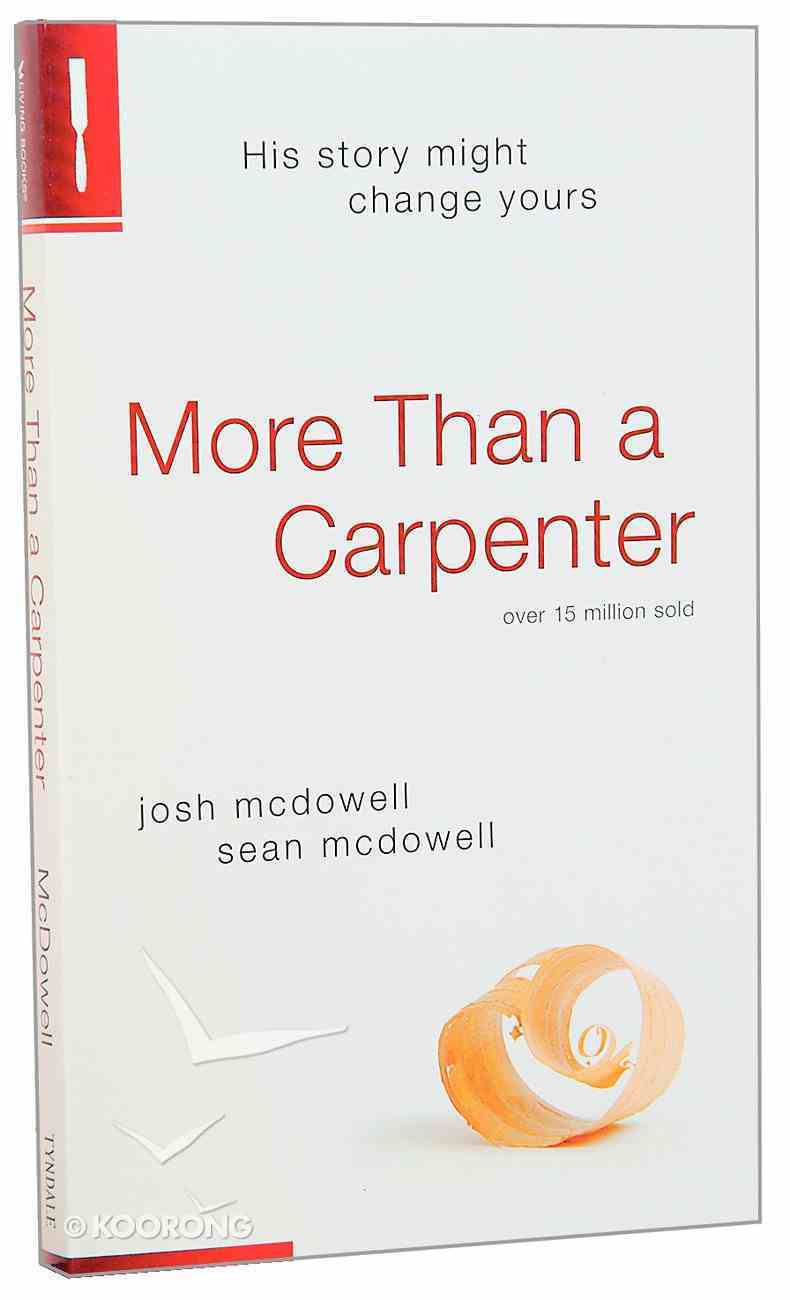 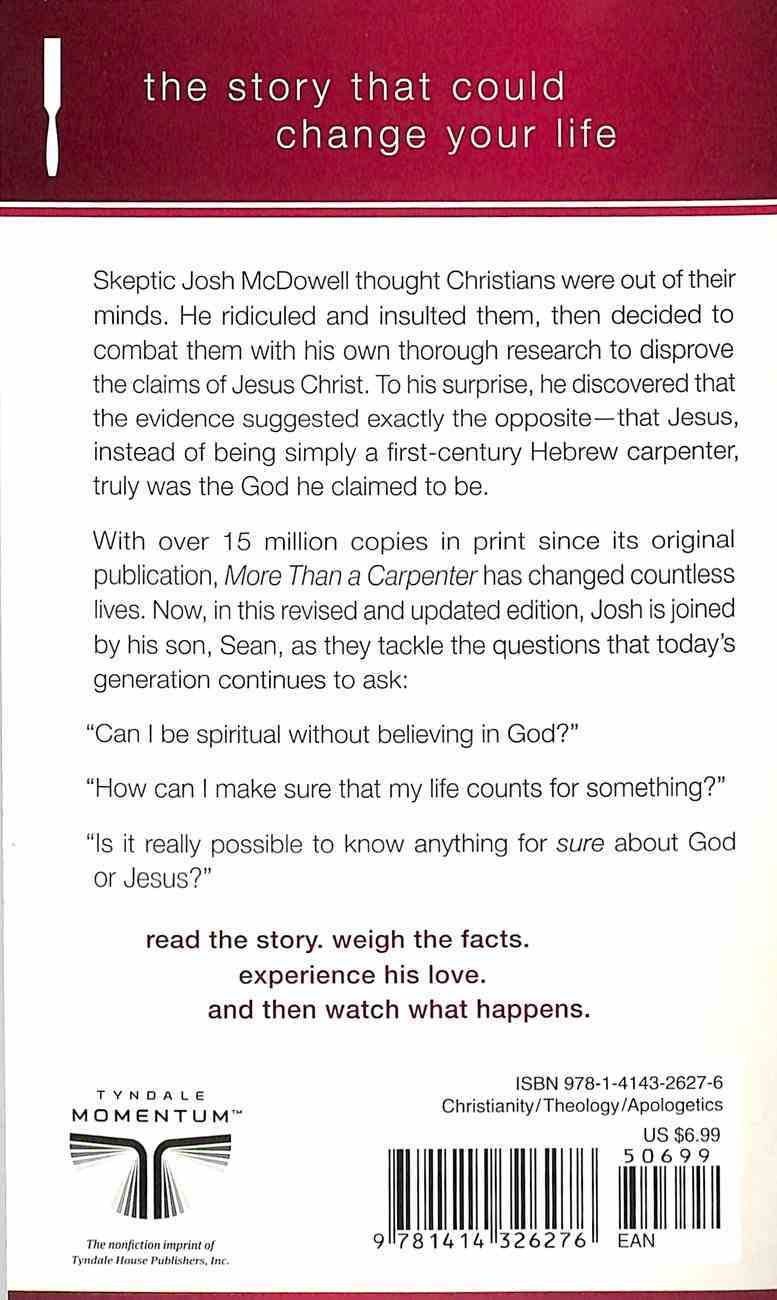 Josh McDowell's timeless examination of the true nature of Christ and his impact on our lives is one of the best-selling Christian books ever (more than eight million copies in print worldwide!) As a college student, Josh McDowell thought...

More Than a Carpenter
eAudio

Josh McDowell's timeless examination of the true nature of Christ and his impact on our lives is one of the best-selling Christian books ever (more than eight million copies in print worldwide!)

As a college student, Josh McDowell thought Christians must be "out of their minds". He put them down and argued against their faith. But eventually he saw that his arguments wouldn't stand up, that Jesus really was God in human flesh. Josh became a speaker on college and university campuses, challenging those who were just as skeptical as he had been. Here Josh focuses upon the person who changed his life - Jesus Christ. A hard-headed book for people who are sceptical about Jesus' deity, his resurrection, and his claims on their lives. 128 pages, from Living Books.

The story that could change your life. Skeptic Josh McDowell thought Christians were out of their minds. He ridiculed and insulted them, then decided to combat them with his own thorough research to disprove the claims of Jesus Christ. To his surprise, he discovered that the evidence suggested exactly the opposite-that Jesus, instead of being simply a first-century Hebrew carpenter, truly was the God he claimed to be. Since its original publication, More Than a Carpenter has sold over 20 million copies and changed countless lives. Now, in this revised and updated edition, Josh is joined by his son, Sean, as they tackle the questions that today's generation continues to ask: "Can I be spiritual without believing in God?" "How can I make sure that my life counts for something?" "Is it really possible to know anything for sure about God or Jesus?" Read the story. Weigh the facts. Experience his love. And then watch what happens.
-Publisher

The inspirational classic, "More than a Carpenter, " is now updated for a new generation of seekers with a fresh look, revised material, and a new chapter that addresses questions commonly raised today. Former skeptic Josh McDowell is now joined by his son Sean as they examine the evidence about Jesus. Is he really the Lord he claimed to be? How can we know for sure? "More than a Carpenter" offers arguments for faith from a skeptic turned believer. Since its original publication in 1977, this modern classic has sold over 15 million copies, been translated into dozens of languages, and introduced countless people to the real Jesus. Now with new content that addresses questions raised by today's popular atheist writers. Audio edition read by Sean McDowell.
-Publisher