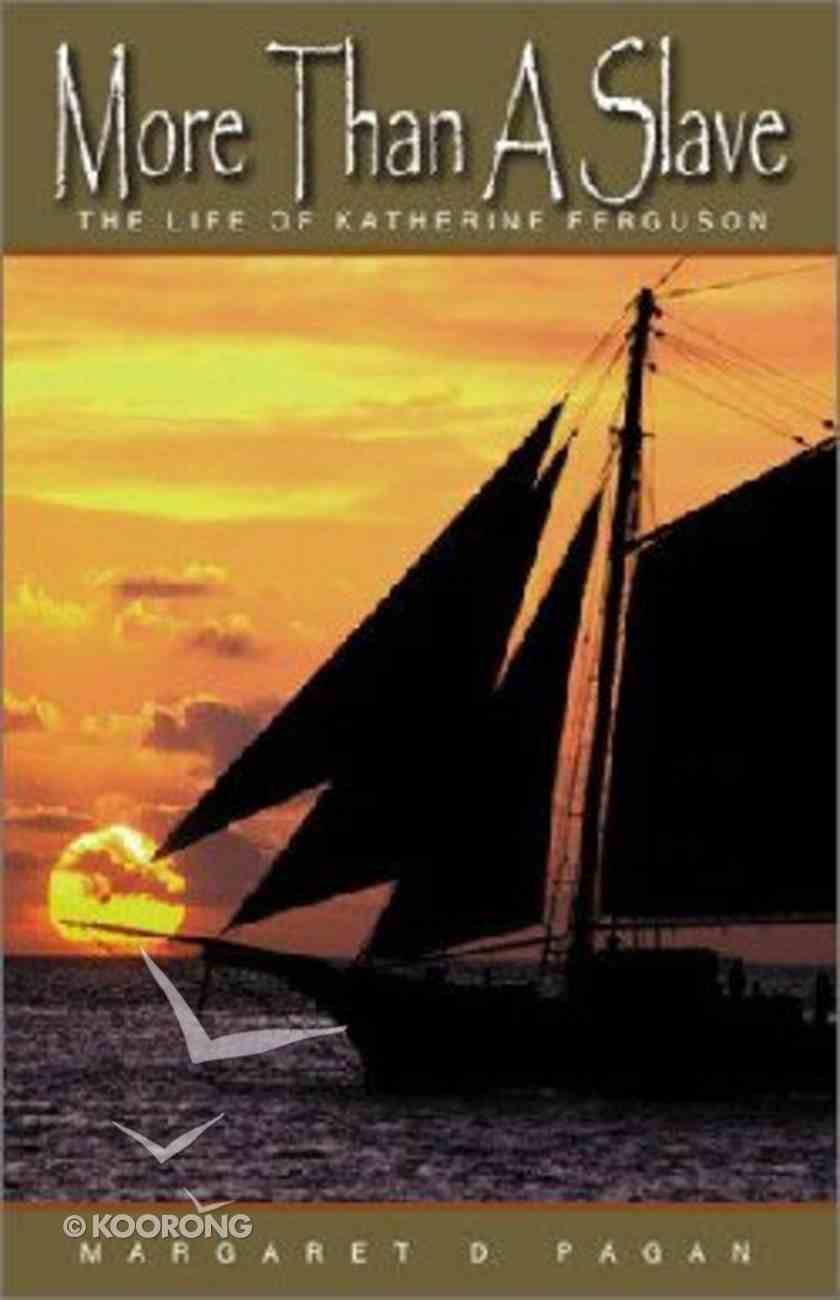 More Than a Slave

In 1772, freedom was little more than a pie-in-the-sky dream for first-generation slave Sowei, kidnapped from her Mende village and sold into slavery. For her daughter, Hannah Williams, freedom was worth the risk of stowing away in the belly of...

I Have Seen Him in the Watchfires
Cathy Gohlke
Paperback

'Til I Want No More
Robin W Pearson
Paperback

In 1772, freedom was little more than a pie-in-the-sky dream for first-generation slave Sowei, kidnapped from her Mende village and sold into slavery. For her daughter, Hannah Williams, freedom was worth the risk of stowing away in the belly of a trading vessel ... penniless, hungry, and ready to deliver her first child, Katherine. But the struggle for freedom in the Revolutionary War era wouldn't come easily -- or without great price. Only after nearly two decades of servitude in New York did Katherine Ferguson (born during that clandestine voyage), earn the privilege of living free -- at least free by society's standards. Katherine's real freedom, though, took place years before she received her release papers. Her freedom came in a one-on-one meeting with a Scottish Presbyterian pastor, when Jesus Christ set her free from her bondage to sin and hatred. As Pagan weaves the tale of Katherine's life, she shows how the free woman dedicated her remaining years to relieving suffering among abandoned children -- of all races -- leading them to a better life through faith in Jesus. The author describes how Katherine conceived of and founded New York's first Sunday school and pioneered work among the abolitionist and Christian communities of her day. This is the fictionalized account of Katherine's courage, dedication, faith and vision, told by African American history scholar Margaret Pagan. Book jacket.
-Publisher

A historical novel to stir the heart! Katherine Ferguson's parents are slaves in the late 1700s. Her mother escapes to New York only to be sold into slavery yet again, this time with her newborn, Katy. As her mother faces being taken away, she prays a desperate prayer, giving the little Katy over to God. More Than a Slave is a story of perseverance and inspiration about Katherine Ferguson, who became a pioneer in the Sunday school movement.