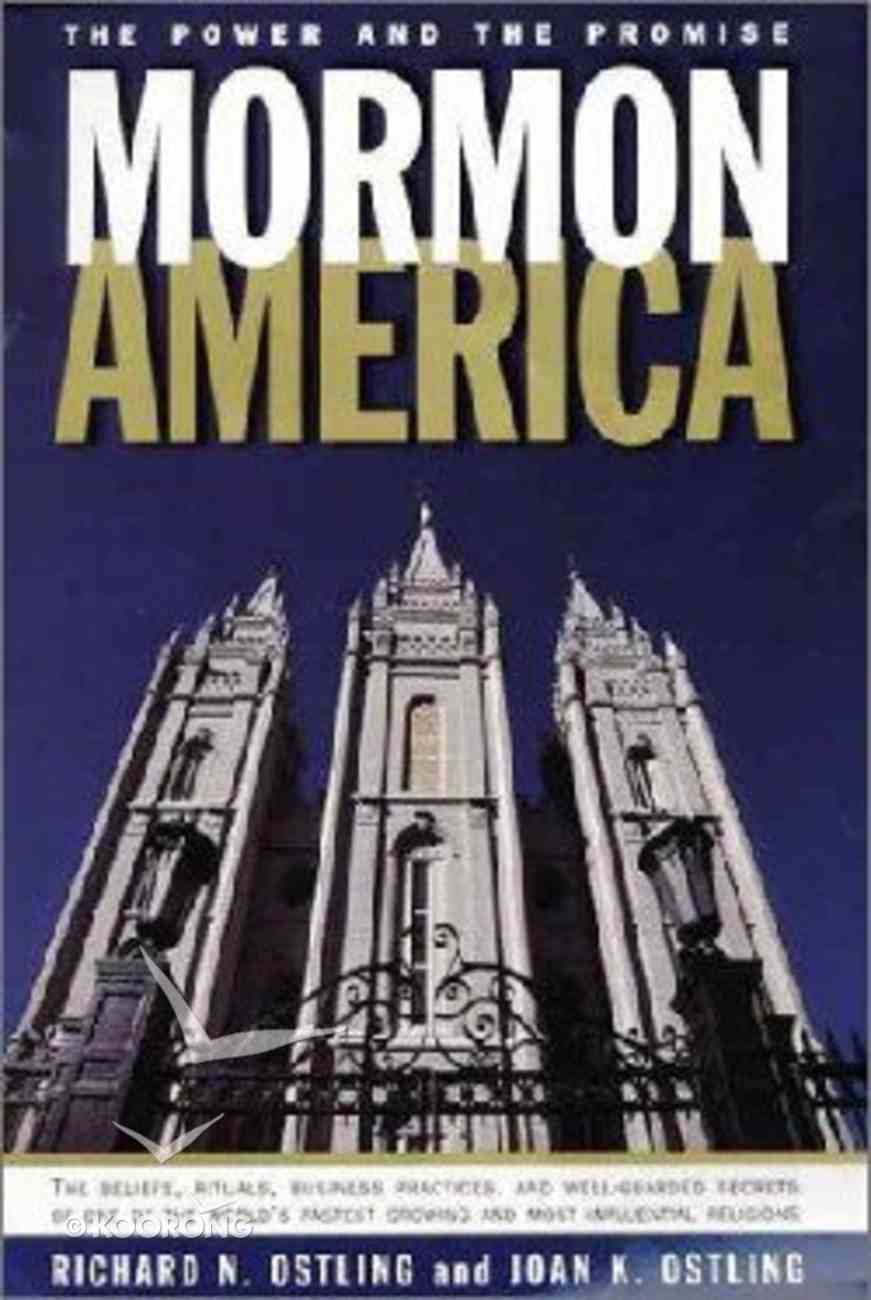 Mormon America: Power and the Promise

Founded in 1830, the Mormon church currently has 10 million members worldwide, & estimated $30 billion in assets, & a $5.9 billion estimated annual income, much of it from the 10% tithe that all members are required to contribute. In...

Founded in 1830, the Mormon church currently has 10 million members worldwide, & estimated $30 billion in assets, & a $5.9 billion estimated annual income, much of it from the 10% tithe that all members are required to contribute. In recent years, Stephen Covey, Senator Orrin Hatch, Steve Young, & other influential Mormons have helped move the church's strong emphasis on values into the American mainstream. In this highly readable account of the church's history, beliefs, culture, & grad agenda that will appeal to Mormons & non-Mormons alike, the authors reveal the secrets of this truly grand American religion, from the church's success & the strong appeal of its communitarian teachings to previously unreported details about its financial investments, foreign missions, & politics.
-Publisher

In this candid examination of the Church of Jesus Christ of Latter-day Saints, one of America's leading religion journalists covers everyaspect of this little-understood community of faith whose family values, business success, and evangelistic missions have helped it become one of the world's fastest growing religions. Esteemed "Time and Associated Press reporter Richard N. Ostling and fellow journalist Joan K. Ostling navigate the Mormon Church's complex origins and inner workings. They explore the dramatic changes in its policies on polygamy, its conviction in its manifest destiny as the true religion of America, its vocal dissenters, and the ways in which the church handles its vast financial, media, and educational resources. Richard and Joan Ostling give readers a comprehensive and insightful look into this intriguing religion, complete with the church's history, beliefs, culture, and plans for the future. They shed light on the church's phenomenal success and the strong appeal of its teachings, and provide previously unreported details about its financial investments, worldwide missions, and internal politics. "In Mormon America, Richard Ostling picks up where his widely read 1997 Time magazine cover story, "Mormons, Inc., " left off, by illuminating the church's continuing surge in power and popularity. The Ostlings assemble through their reportage the complete story behind the most prosperous religious group in contemp
-Publisher