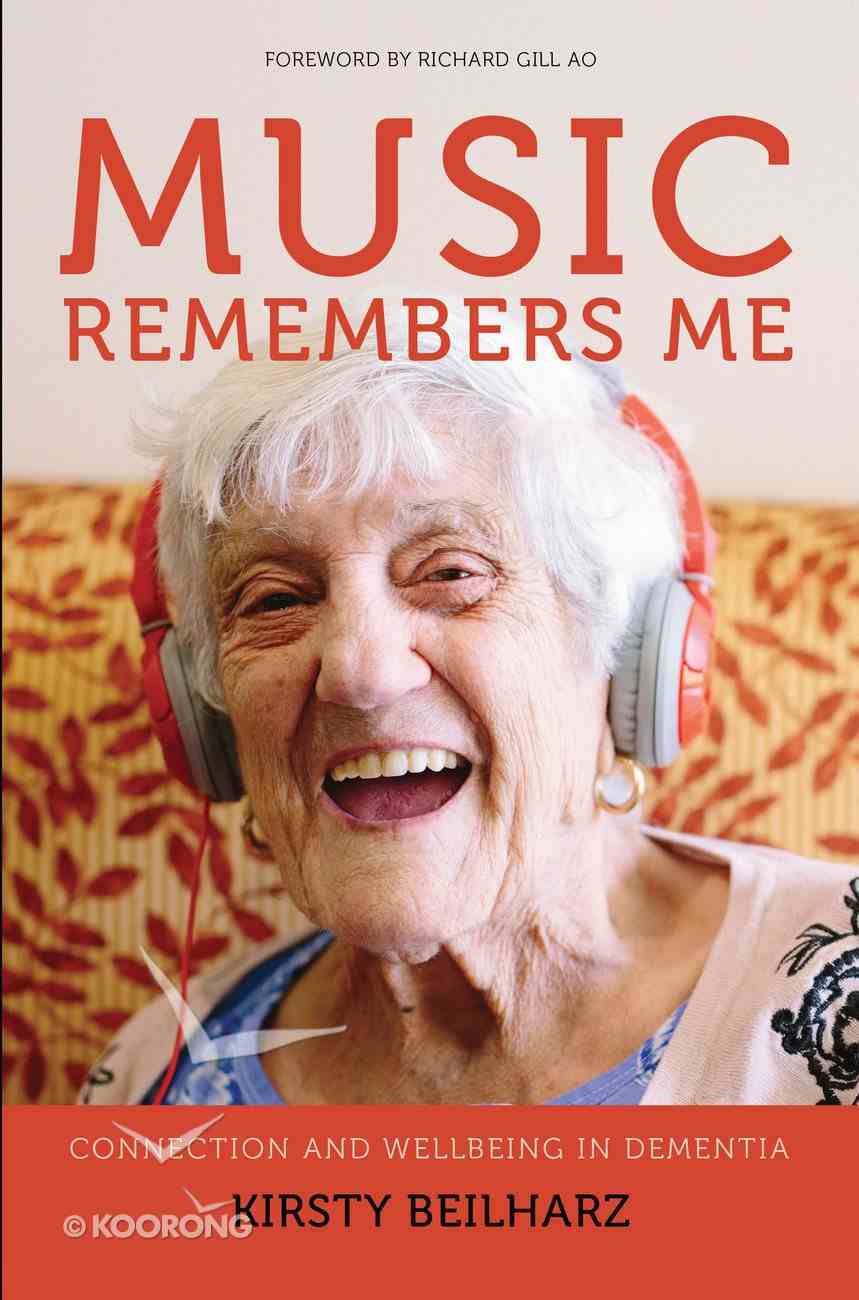 Music Remembers Me: Connection and Wellbeing in Dementia

Available to Order
Expected to ship February 2022 from Australia.
Learn More
Free Shipping
for orders over $99.

The Aging Brain: Proven Steps to Prevent Dementia and Sharpen Your Mind
Paperback

Dementia From the Inside: A Doctor's Personal Journey of Hope
Jennifer Bute, Louise Morse
Paperback

When Someone You Love Has Dementia
Susan Elliot-wright
eBook

Defeating Dementia: What You Can Do to Prevent Alzheimer's and Other Forms of Dementia
Richard Furman
Paperback

Coffee With Mom: Caring For a Parent With Dementia
Mike Glenn
Paperback

Dementia: Living in the Memories of God
John Swinton
Paperback

No rating
$19.99
$19.99
in stock
Music Remembers Me: Connection and Wellbeing in Dementia

Dr Kirsty Beilharz is Director of Music Engagement at HammondCare and a Visiting Fellow at the University of Edinburgh UK, applying music research in the context of aged, restorative and palliative care, with a focus on music in dementia research.She is former Professor of Music, Sound and Interaction Design at the University of Technology, Sydney Australia. Previously, she was Digital Media Program Director at the University of Sydney Design Lab from 2001-2008. Kirsty is an internationally recognised composer and interactive media artist.Her ensemble, orchestral and electronic compositions have been performed around the world (by the Sydney, Melbourne, Tasmanian and Western Australian Symphony Orchestras, Australian Chamber Orchestra, Ensemble Recherche Freiburg, and Nouvel Ensemble Moderne Montréal, at Bondi Sculpture by the Sea, Gaudeamus Music Festival, Hannover Biennale, and Paris Rostrum).She has won numerous prizes and awards and was a Young Australian of the Year finalist. Based in Sydney, Kirsty has also worked and studied in the UK, France and Japan. She plays violin, viola, shakuhachi, Baroque recorder, and studies therapeutic harp.

A Good Old Age: An a to Z of Loving and Following the Lord Jesus in Later Years
Derek Prime
Paperback

Finishing Our Course With Joy
J I Packer
eBook

Humor Me I'm Over the Hill
Barbara Johnson
Paperback

Finishing Our Course With Joy
J I Packer
Paperback