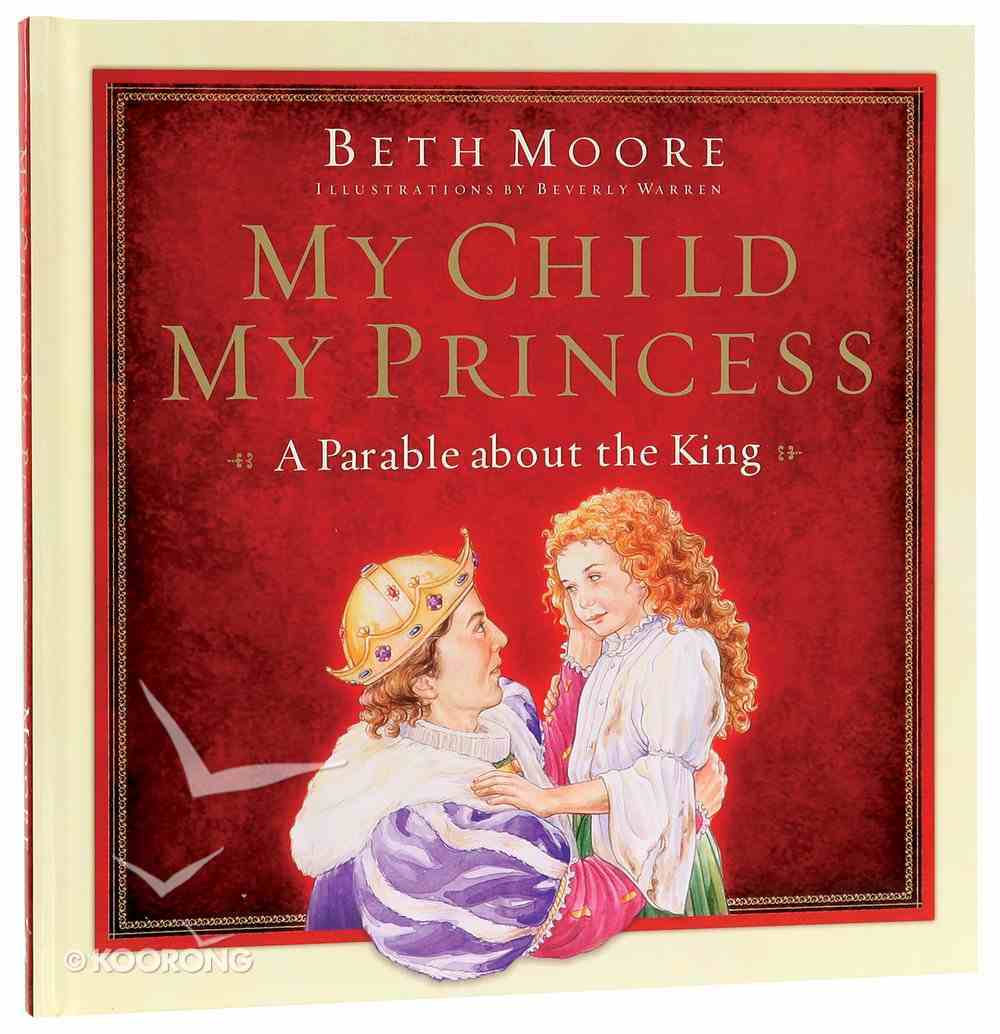 My Child, My Princess

This charming parable from bestselling author Beth Moore tells a profound story that will move both children and grown-ups. A king's rebellious daughter disobeys her father's wishes; his response of forgiveness and patience will vividly remind readers of God's unconditional...

Why God?: Exploring Who God is and Why We Should Believe in Him
Dan Dewitt
Hardback

My Only Child, There's No One Like You
Kevin Leman, Kevin Leman
eBook

This charming parable from bestselling author Beth Moore tells a profound story that will move both children and grown-ups. A king's rebellious daughter disobeys her father's wishes; his response of forgiveness and patience will vividly remind readers of God's unconditional love. Ages 5+.

:
A wistful fairy tale at first impression, best-selling author Beth Moore's My Child, My Princess - her first children's book - is a simply profound story that rings true among kids and grown-ups alike. When a king's rebellious daughter disobeys her father's wishes, his forgiveness and patience vividly remind us of God's unconditional love. Indeed, every girl is a princess; a child of the King.

Beth Moore is a writer and teacher of best-selling books and Bible studies whose public speaking engagements carry her all over the United States. A dedicated wife and mother of two adult daughters, Moore lives in Houston, Texas, where she is president and founder of Living Proof Ministries. ý Beverly Warren has worked as a children's book illustrator for the past eleven years after having taught art for six years. She resides with her husband and three children in Cle Elum, Washington.

The Story of Christmas
Hayley Down
Paperback

Who Made the Morning?
Jan Godfrey
Hardback

If I Were in Charge of Christmas
Helen Buckley, Jenny Brake (Illus)
Paperback