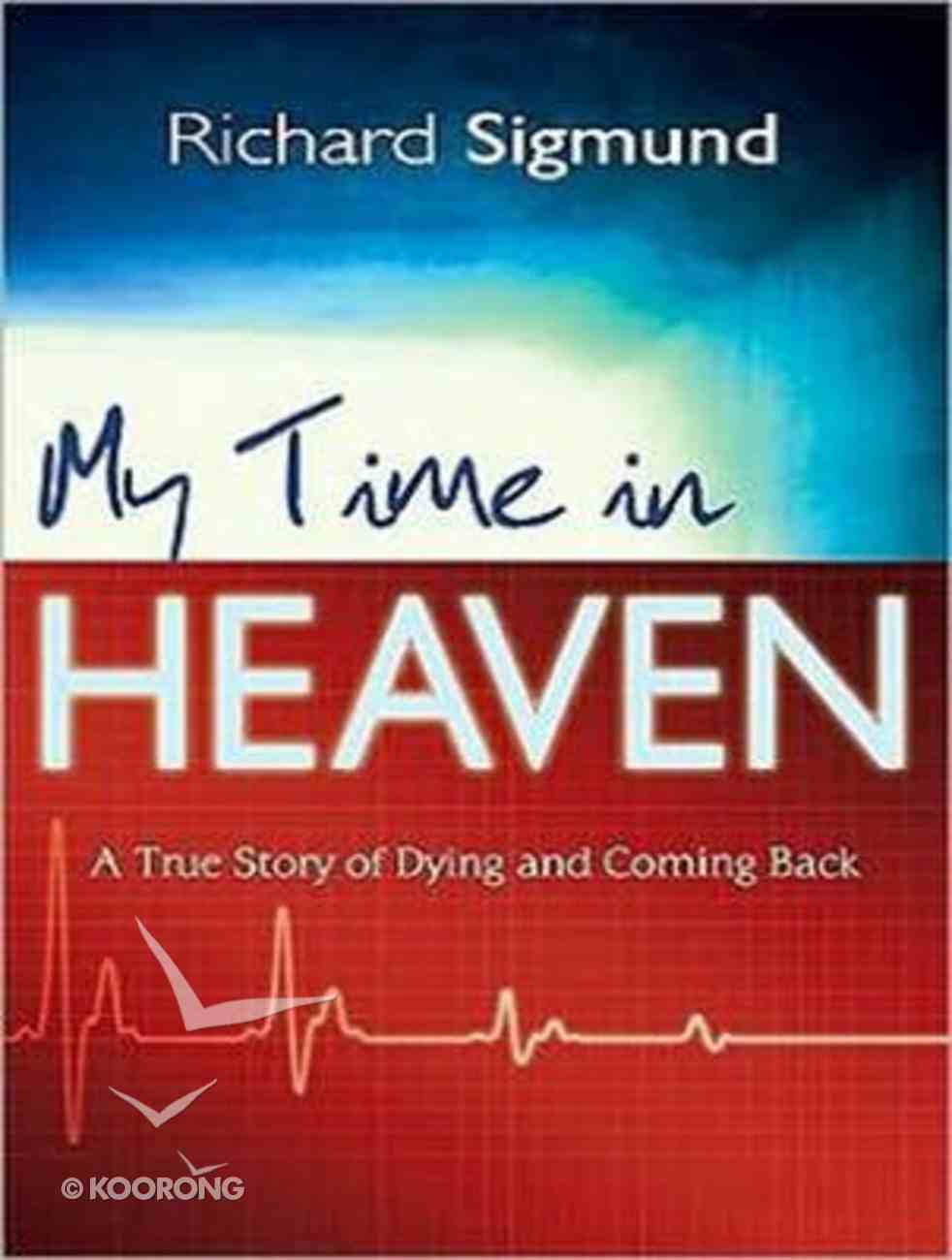 My Time in Heaven

Is there life after death? After a tragic accident, doctors pronounced Richard Sigmund legally dead. Eight hours later, God miraculously brought him back to life on the way to the morgue. During those hours, God allowed him to experience the...

A Second Chance At Heaven: My Surprising Journey Through Hell, Heaven, and Back to Life (Unabridged, 5 Cds)
Tamara Laroux, Niki Taylor (Narr)
CD

Is there life after death? After a tragic accident, doctors pronounced Richard Sigmund legally dead. Eight hours later, God miraculously brought him back to life on the way to the morgue. During those hours, God allowed him to experience the glorious beauty, heavenly sounds, sweet aromas, and boundless joys of heaven that await every believer. God then returned him to earth with a mission to tell the world what he saw. You will thrill to Sigmund's eyewitness account of strolling down heaven's streets of gold, seeing angels playing with children, talking with Jesus, meeting with people from the Bible and departed family and friends, seeing the mansions, and much more! Through Sigmund's testimony, God has restored sight to the blind and hearing to the deaf and has even raised several people from the dead. Also, you will catch a glimpse of the horrifying reality of "the other place"-a place where no one wants to go.
-Publisher

Richard Sigmund was born on March 19, 1941, in Des Moines, Iowa. His grandfather was praying as Richard was being born, and the Lord told him, "Through him, I will answer prayer." Whose prayer? The prayer of his great-grandfather, who was a Spirit-filled, Jewish, circuit-riding preacher during the Civil War.The Lord first appeared to Richard when he was four years old. As a child, he started preaching in a country Methodist church in Iowa. His grandfather knew healing evangelist Jack Coe Sr., and Rev. Coe brought Richard to Omaha in 1949 to preach. While the boy who became known as "Little Richard" preached, the anointing came upon him, and he saw angels.When he was about nine years old, he presented the gospel before the meetings of world-renowned evangelist and miracle worker A. A. Allen. Richard was with Allen for about ten years; tutors enabled him to maintain his schoolwork while he was on the road. Also during that time, Richard was with evangelist Lee Girard and presented his testimony during William Branham meetings.In his early twenties, Richard had a fruitful ministry for a time in Phoenix, Arizona, and then held tent meetings with considerable success among the Navajo in northern Arizona and in other revival meetings around the country. In 1974, while he was ministering at a small church in Bartlesville, Oklahoma, he was declared dead for eight hours after a traffic accident, during which he had his experiences of heaven and hell.Over the years, Richard has preached the gospel through television programs, radio broadcasts, and speaking engagements. He has been in meetings with Kathryn Kuhlman and Oral Roberts, and he was interviewed by Pat Robertson. Richard has ministered in England, Scotland, Australia, South Africa, Kenya, and many other countries. In South Africa, he followed David Nunn and Morris Cerullo in a special series of meetings. It was Rex Humbard who encouraged him to tell his story of a place called heaven.In the early 1990s, Richard met his wife, Priscilla, a fellow native of Iowa. After living in Texas and Missouri, they returned to Iowa, where their organization, Cleft of the Rock Ministries, is now based. Richard is associated with World Bible Way Fellowship.