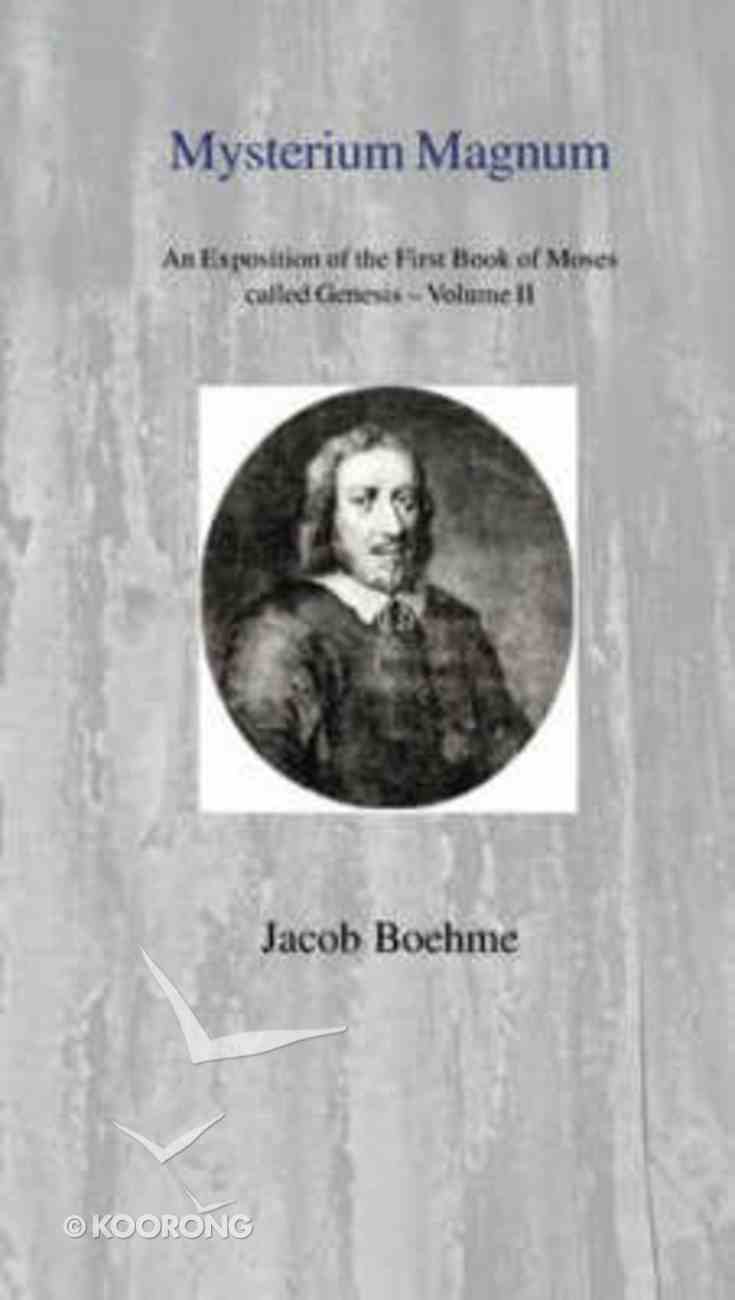 Short description: Mysterium Magnum is central to Boehme's work. Taking the general form of an interpretation of Genesis, it far outstrips such apparent confines, and explains the popularity of his work among followers as varied as Hegel, Law, Blake and...

Short description: Mysterium Magnum is central to Boehme's work. Taking the general form of an interpretation of Genesis, it far outstrips such apparent confines, and explains the popularity of his work among followers as varied as Hegel, Law, Blake and Berdyaev.
-Publisher

Boehme was born in 1575. He received little if any formal education and was apprenticed to a shoemaker at Goerlitz in Saxony. From an early age he seems to have been devoted to the study of the Bible as well as having a growing, inner, sense of the reality of God. Walking one day in the fields, when he was twenty-five years old, the mystery of creation was suddenly opened to him, and 'in a quarter of an hour I saw and knew more than if I had been many years at the university ... and thereupon I turned my heart to praise God for it.' He puzzled as to why such revelations should be given to him, who sought only the love of God. Ten years later he began to record what he received, and thus was born The Aurora, his first book, finished in 1612. At once his work found both friends and enemies. To the struggles of the former to understand him, we owe the gradual development of his capacity to convey and express more and more of that which he had received. Persecution by the Primate of Goerl
-Publisher

Jakob Bohme was a German Christian mystic and theologian. Twelve years after a vision in 1600, Bohme began to write his first book, Die Morgenroete im Aufgang (The rising of Dawn). The book was given the name Aurora by a friend; however, Bohme originally wrote the book for himself and it was never completed. The chief concern of Bohme's writing was the nature of sin, evil and redemption. Consistent with Lutheran theology, Bohme preached that humanity had fallen from a state of divine grace to a state of sin and suffering, that the forces of evil included fallen angels who had rebelled against