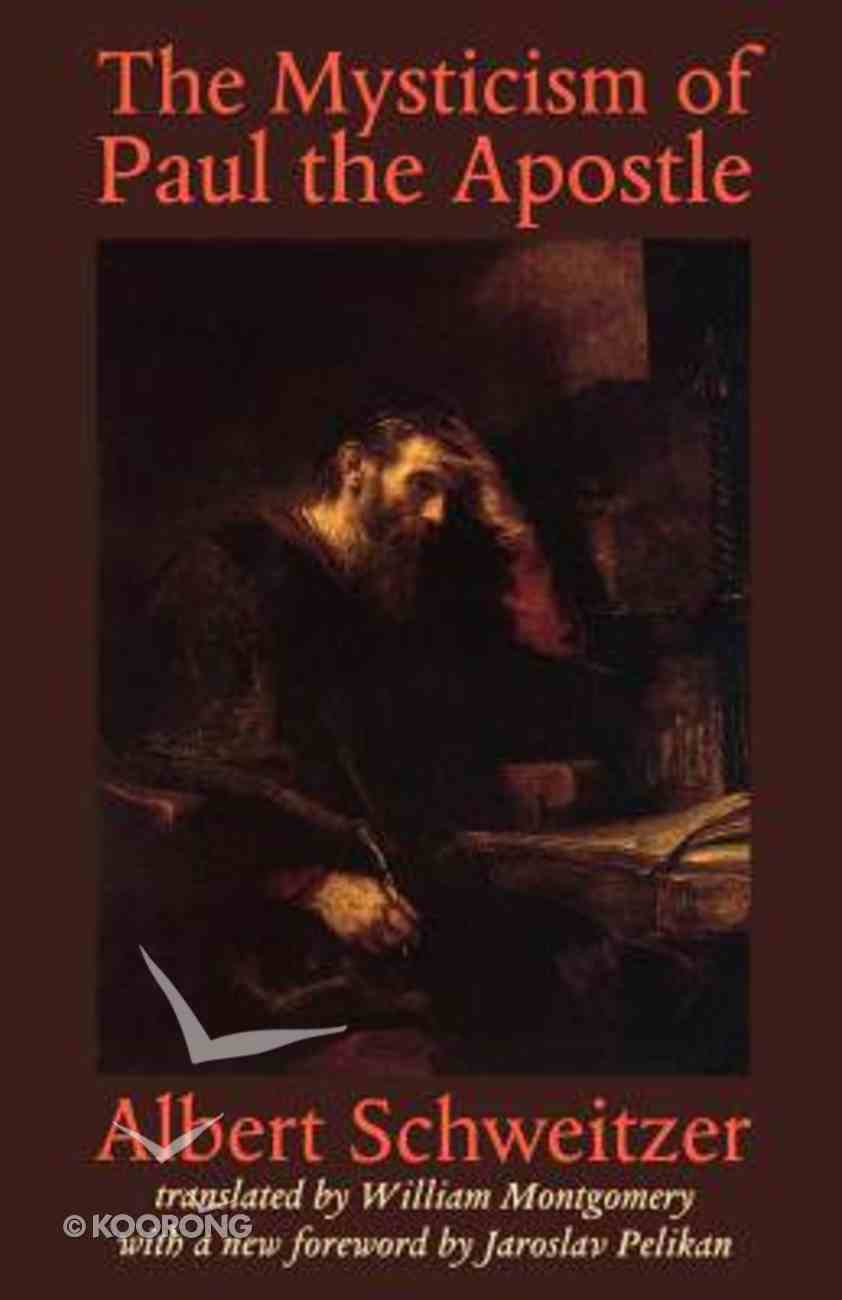 Mysticism of Paul the Apostle

Immediately after the Gospels, the New Testament takes up the history of the early Christian Church, describing the works of the twelve disciples, and introducing Paul, the man whose influence on the history of Christianity is beyond calculation. Teacher, preacher,...

Immediately after the Gospels, the New Testament takes up the history of the early Christian Church, describing the works of the twelve disciples, and introducing Paul, the man whose influence on the history of Christianity is beyond calculation. Teacher, preacher, conciliator, diplomat, theologian, rule giver, consoler, and martyr, his life and writings became foundations for Christianity. Paul inspired a vast, serious, and intelligent literature that seeks to recapture his meaning, his thinking, and his purpose.


In his letters to early Christian communities, Paul gave much practical advice about organization and orthodoxy. These treated the early Christian communities as something more than a group of people who believed in the same faith: they were people bound together by a common spirit unknown before. The significance of that common spirit occupied the greatest of Christian theologians from Athanasius and Augustine through Luther and Calvin.


In The Mysticism of Paul the Apostle Albert Schweitzer goes against Luther and the Protestant tradition to look at what Paul actually writes in the Epistles to the Romans and Galatians: an emphasis upon the personal experience of the believer with the divine. Paul's mysticism was not like the mysticism elsewhere described as a soul being at one with God. In the mysticism he felt and encouraged, there is no loss of self but an enriching of it; no erasure of time or place but a comprehension of how time and place fit within the eternal. Schweitzer writes that Paul's mysticism is especially profound, liberating, and precise. Typical of Schweitzer, he introduces readers to his point of view at once, then describes in detail how he came to it, its scholarly antecedents, what its implications are, what objections have been raised, and why all of this matters. To students of the New Testament, this book opens up Paul by presenting him as offering an entirely new kind of mysticism, necessarily and exclusively Christian.


"There is at least one other point that Albert Schweitzer scores here... The hard-won recognition that divine authority and human freedom ultimately cannot be in conflict must never be taken for granted, and the irony that the thought of Paul has repeatedly been invoked to undo that recognition truly does make this insight one of 'the permanent elements.'"-from the Introduction

Stendahl is the Andrew W. Mellon Professor of Divinity Emeritus at Harvard University and Bishop Emeritus of Stockholm, Sweden.