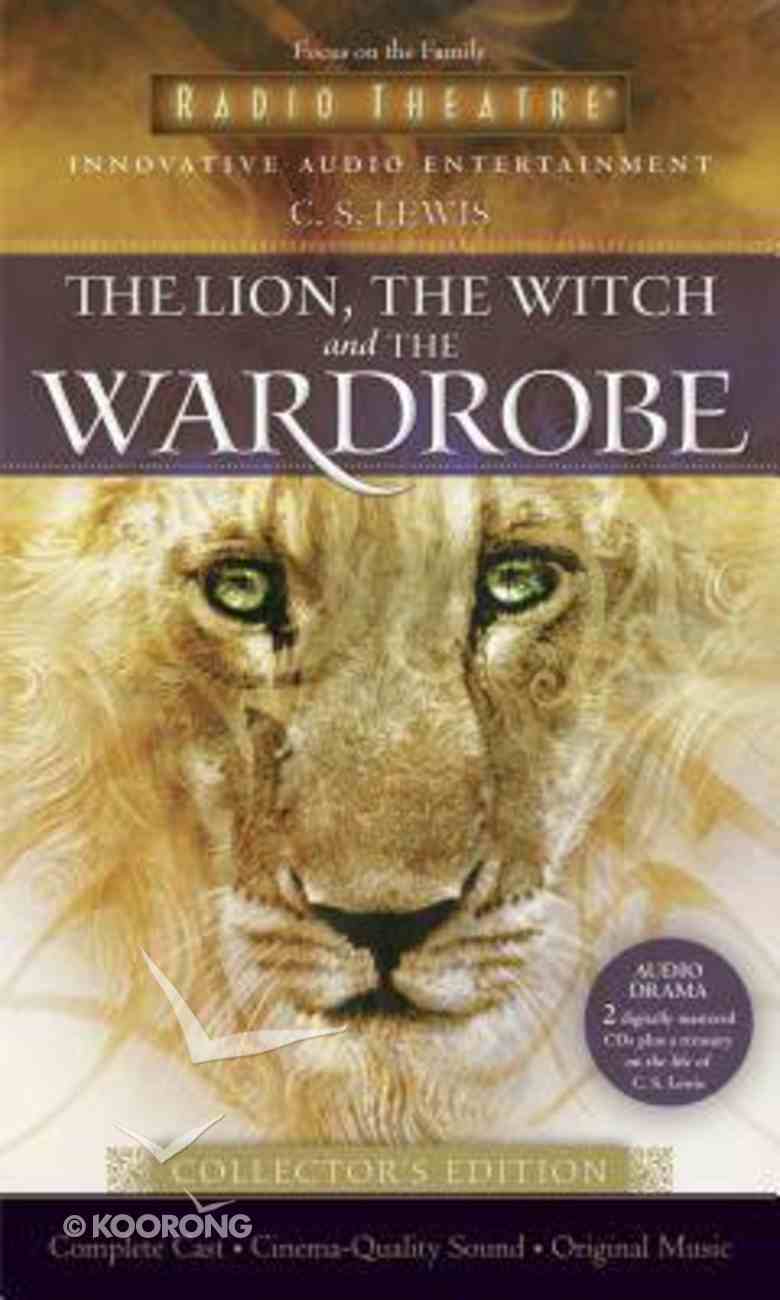 Narnia #02: Lion, the Witch and the Wardrobe, the (2 CD Set Collector's Edition) (#02 in Chronicles Of Narnia Audio Series)

Lion, the Witch, and the Wardrobe, the (Unabridged) (#02 in Chronicles Of Narnia Audio Series)
C S Lewis, Paul McCusker
CD

Radio Theatre: At the Back of the North Wind (2 Cds)
George Macdonald
CD

Let's Put on a Show! (#62 in Adventures In Odyssey Audio Series)
Focus On The Family
CD

Experience innovative audio entertainment with this collectable Radio Theatre adaptation of < I> The Lion, the Witch and the Wardrobe.< /I> This elaborate production features a cast of over 100 actors, cinema-quality sound, and original music and effects. Go beyond the story and enter into the world of C. S. Lewis with a full-color, eight-page booklet complete with biography, photos, letters, essays, and more.
-Publisher