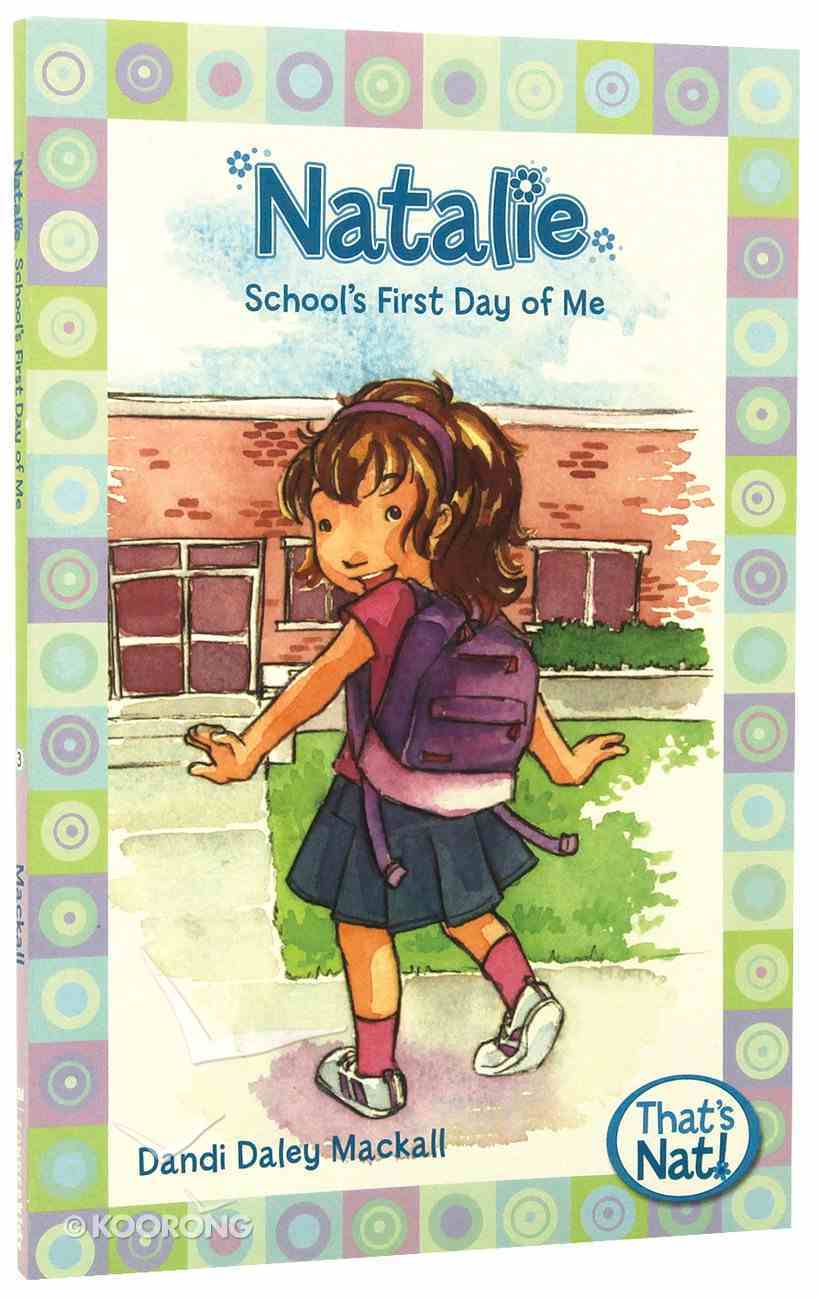 In the third book of the That's Nat series, Natalie is looking forward to kindergarten until the what-ifs set in. What if the teacher calls her by her dreaded middle name? What if Nat's the only one who can't color...

In the third book of the That's Nat series, Natalie is looking forward to kindergarten until the what-ifs set in. What if the teacher calls her by her dreaded middle name? What if Nat's the only one who can't color between the lines? What if she's the only one who can't read? But her bestest friend who is a girl, Laurie, promises to be Nat's kindergarten buddy. And her bestest friend who is a boy, Jason, promises he'll keep everyone from laughing at Nat (by bumping their arms so they will color outside of the lines; by making them wear funny glasses so they can't read either). Then Nat's bestest friends have to miss the first day of kindergarten, and Nat has to face her fears by her own self ... or will she? She will discover that Jesus also goes by the name of Immanuel, so he's with Nat, even at school. Plus also, Jesus has a name, Alpha and Omega, that means he's in the beginning letter and the ending letter and all the letters in between. That's what. And finally, even though Jesus is God's only Son, he's still going to kindergarten with her.
-Publisher

Natalie has big five-year-old dreams for her future. So big, that her heart gets thumpy with excitement. Nat uses her very own words to tell about her hopes, struggles, and adventures. This makes the That's Nat! series perfect for young readers just ready for chapter books. Is School Ready for Natalie? Natalie's jitters go away when she sees her 'kindie-garden' room. She decides her first day of school is going to be the best ever---one she'll never forget. And one the school won't forget, either!
-Publisher

The Merchant and the Thief: A Folktale From India
Ravi Zacharias
Paperback