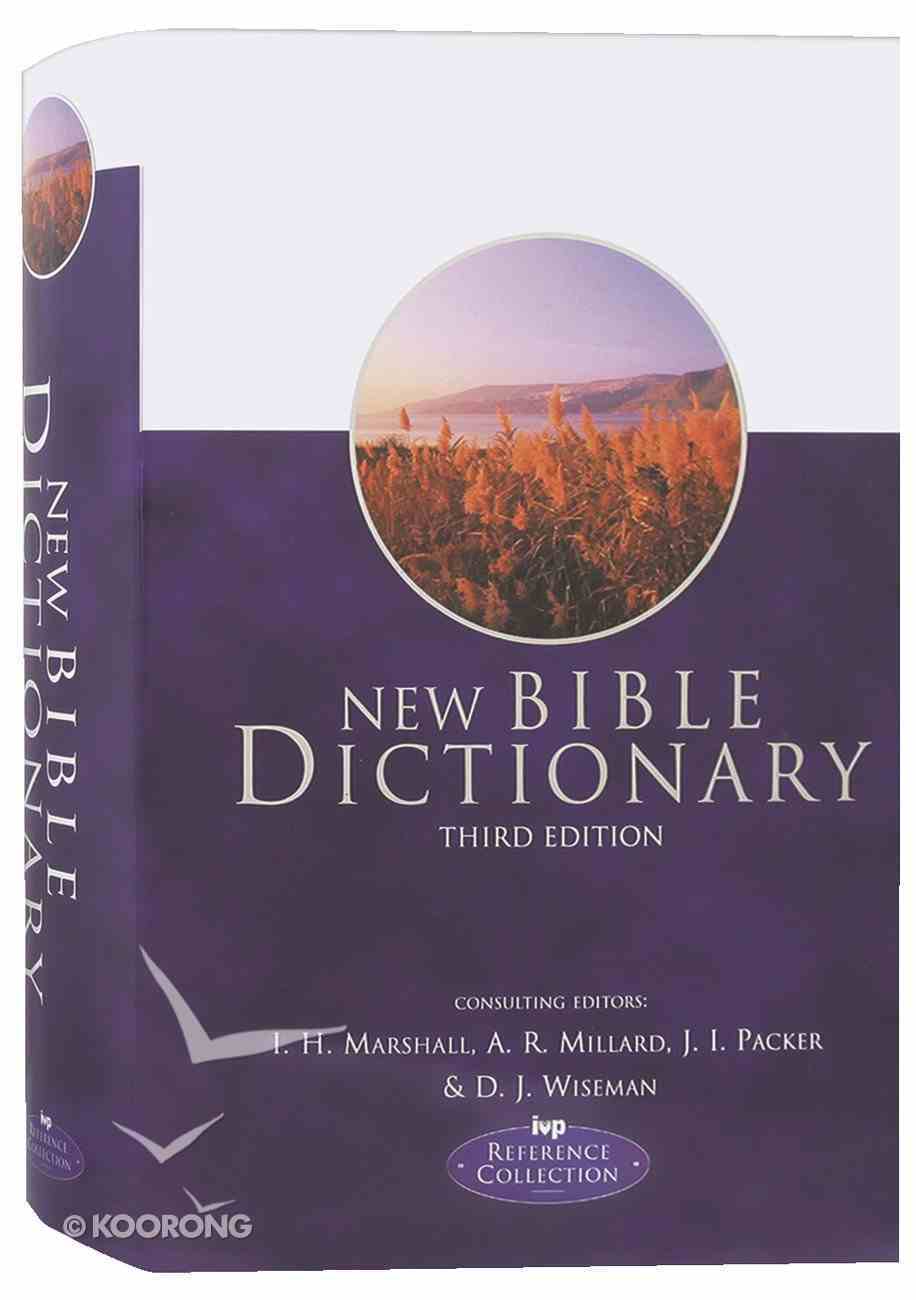 As an accessible, comprehensive A - Z of Bible terms, place names, books, people and doctrines, the NEW BIBLE DICTIONARY has stood the test of time. It has long been recognised as an essential reference work, now revised and improved...

As an accessible, comprehensive A - Z of Bible terms, place names, books, people and doctrines, the NEW BIBLE DICTIONARY has stood the test of time. It has long been recognised as an essential reference work, now revised and improved for the Bible students of today.

Written by an international team of over 150 scholars, this Third Edition updates key articles, time charts and all bibliographies - revisions that reflect recent developments in biblical studies. Maps, family trees, line drawings, diagrams and charts clarify and expand the text. A vital tool freshly sharpened for contemporary use. 1323 pages, from IVP.

Endorsement:
John Stott says: "I doubt if there is any better value for money today than the New Bible Dictionary and the New Bible Commentary. As basic books for every thinking Christian's library they are indispensable."
- Publisher

With over 2,100 articles, this is a dictionary of Bible terms, place names, books, people and doctrines. 100 major articles have been revised or rewritten for the third edition, and there is a revised bibliography.
-Publisher