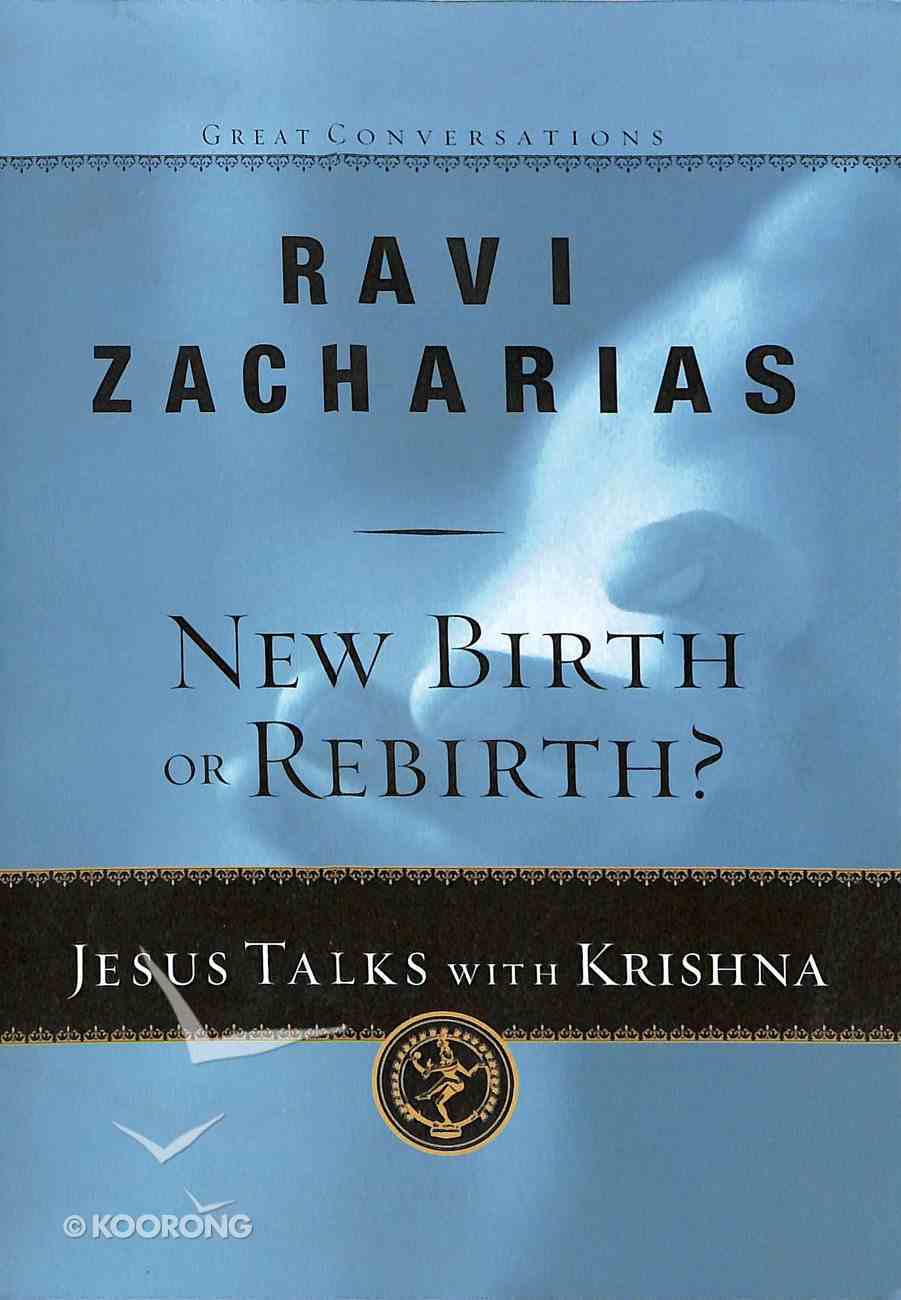 Ultimate truth. The destiny of souls. The individual heart. Can Krishna and Jesus agree on anything? This is what Subramaniam, a real-life Hindu of the twentieth century, wonders as he enters a fictitious conversation between two religious figures who...

Walking From East to West: God in the Shadows
Ravi Zacharias
Paperback

Ultimate truth. The destiny of souls. The individual heart. Can Krishna and Jesus agree on anything?

This is what Subramaniam, a real-life Hindu of the twentieth century, wonders as he enters a fictitious conversation between two religious figures who have changed the lives of millions. As Jesus and Krishna respond to each other’s view of life and the afterlife, they speak words straight from the texts of Christianity and Hinduism and straight into the soul.

Subramaniam asks Jesus and Krishna hard questions about faith. Meanwhile, a fictional character, Richard, eavesdrops, asking himself the most important question of all:

Does it really matter what I believe?

Krishna is revered by millions of people worldwide, and writing on any figure honored that greatly is difficult.

But I am doing so because the one notion that all religions subscribe to (either explicitly or implicitly) is the notion of exclusive truth. Populists like to deny that premise, but all religions either make this claim or try to covertly smuggle it in.

The question, therefore, is not whether one enjoys a discussion like the one that follows in this book but whether the arguments are fairly presented. That is much harder to do, especially where length is limited. I have, therefore, selected to write about what I consider to be the greatest differences between Jesus and Krishna.

As always, putting words into the mouths of historic figures is a challenge. I have done my best to take ideas straight from what has already been quoted in each faith’s sacred texts and put them into context here.

Hinduism is a complex belief system. At times the following conversation will become quite philosophical and intricate. Please be patient as we work through these areas of belief so that the truth and beauty of Christ’s gospel is fairly presented against the backdrop of Hinduism’s complexity. To present either of these beliefs as simple is to not understand them fully.

As with the other books in this series, I have introduced a third personality who can raise questions legitimately, since any known conversations between Jesus and Krishna do not exist. Subramaniam was a real person. Born a Hindu in the early part of the twentieth century, his is one of the most remarkable stories I have ever read. He challenged the religion of his birth and faced immense persecution for his actions, being ostracized and finally fleeing from his hometown to avoid death.

Incidentally, I have always marveled that so many religions exact this kind of revenge against dissenters. It only weakens the appeal of their own faith and contradicts any claims they might have made that “all religions are basically the same.” If all religions are indeed the same, why not let someone be "converted” to another religion?

I also marvel at the fury sometimes evident in those who attack others for examining and questioning their own worldview. If the repercussions of converting weren’t so serious, it would almost be comical to see the animosity of the responses. But what this revenge demonstrates so strongly is an inbuilt belief that conversion is wrong. And why is conversion so forbidden?

It circles back again to the one notion that all religions subscribe to—the notion of exclusive truth. I have also introduced a fourth character, Richard, a fictional traveler to India who converses with Subramaniam on the road to Mathura and later eavesdrops on the conversation between Jesus, Krishna, and Subramaniam.

Richard does not lean heavily behind the curtain, as Subramaniam does, but it is my hope that he will someday—as it is my hope that all people who seek spiritual truth will. Another factor is at stake in the following discussion: it is easy to take the weakest aspect of a worldview and exploit it. But that is not what I wish to do. When one encounters expressions of belief that are openly affirmed and followed, even when they seem bizarre, one must ask the hardest questions. One must examine the stronger
aspects of any worldview as well.

In the pages to come, I hope that the vast differences between Christianity and Hinduism will become very evident in this imaginary dialogue. Yet it is important to remember that, as different as these faiths are, we must learn to accept those differences peaceably. Still, let us not be so mindless as to think that Christianity and Hinduism are saying the same thing and that, in the end, the differences do not really matter. Both claim to be true and legitimate. This rationally implies, then, that it does matter what you believe. That is what this imaginary dialogue is about.
—Ravi Zacharias